Two minors, one 12 and one 14, broke into a home, found weapons and began shooting at officers, according to the sheriff. 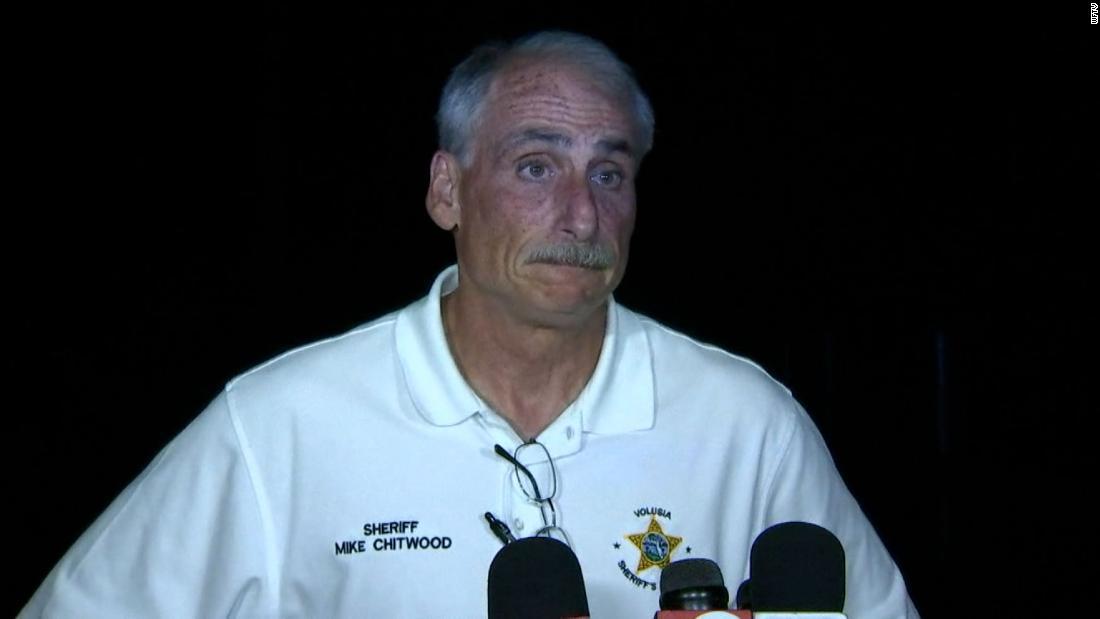 Shootings in numbers, a dark year in the United States 1:11

(CNN) – Volusia County, Florida, officers shot a 14-year-old girl Tuesday night after she and a 12-year-old boy fled a foster home, broke into a home, found multiple weapons in inside and then opened fire on officers, according to Volusia County Sheriff Mike Chitwood.The teenager was shot in the abdomen and arm and is in stable condition, while the boy surrendered and was not injured, the sheriff’s office said.

“I do not know what to say. How have we gone wrong for a 12-year-old and a 14-year-old to think it is okay to confront the forces of order? ” Chitwood said.

The sheriff’s office released more than 9 minutes of edited video Wednesday showing images from body cameras and a helicopter observing the scene.

When are the police justified in using deadly force? 2:13

The affidavits include details of an interview with the minor in which he admits to repeatedly shooting officers with a pistol, shotgun and an AK-47 that had been taken from the home. The young man told investigators that they saw the agents outside the house, at which point the girl said, “I’m going to destroy this like GTA,” referring to the Grand Theft Auto video game, according to the affidavits.

The shocking wave of gunfire came after, according to Sheriff Chitwood, officers repeatedly tried to de-escalate the situation and establish personal contact with the children, and were forced to hide behind trees amid waves of gunfire.

“We tried to de-escalate, we threw a mobile phone at the house to try to talk to them. The 14-year-old exits the garage with a shotgun, takes aim at the officers and, despite warnings that she should release it, re-enters the garage. He comes back a second time, and that’s when the officers open fire, ”Chitwood said.

The minor has been in foster care since 2017, he said. The sheriff said Tuesday that the minor had burned a house in April, but on Wednesday he corrected himself, saying that the girl had started fires in a wooded lot that almost burned houses.

The Florida State Police Department (FDLE) is investigating the use of force by officers at the request of the Volusia County Sheriff’s Office, according to FDLE spokeswoman Gretl Plessinger. The FDLE will examine the facts of what happened, develop a timeline and then provide information to the state’s attorney, who will make a determination as to whether the use of force was justified, he said.

The minors entered the house and then opened fire

According to the authorities, the minors fled around 5:00 p.m. on Tuesday and evaded the police for hours. At around 7:30 p.m., a passerby told the agents that he had heard the glass breaking in a nearby house, and the agents verified that the house had been forced into the house, according to the sheriff’s office.

Agents contacted the owner of the home, who said that no one should be in the home and that there was a pistol, a shotgun and an AK-47 inside, as well as a large amount of ammunition, according to the sheriff’s office.

When officers surrounded the home and tried to make contact with these two young men, they were shot, the sheriff said. The sheriff’s office said the minors shot the deputies on four separate occasions over about 35 minutes.

At one point, the 14-year-old left the home and threatened to kill Sgt. Donnie Maxwell, Chitwood said.

The sergeant noted that the officers were shot multiple times before “they had no choice but to return fire.” After shooting the girl, the boy, who was armed with an AK-47, turned himself in to deputies, according to the sheriff’s office.

At least eight officers were involved in the incident, the sheriff’s office said.

At his press conference Tuesday, Chitwood praised his agents for the way they held off the waves of gunfire.

“The agents did everything possible tonight to de-escalate, and almost lost their lives for a minor of 12 years and one of 14,” he said. If it weren’t for his training and supervision … someone would have ended up dead.

The home, a 12-acre farm in Deltona, north of Lake Monroe, belongs to AJ Bedizel, who told CNN that he and his two daughters had gone to a Publix grocery store Tuesday night before the raid. When he returned, he saw that the police had surrounded the place and heard them shouting through a megaphone for those inside to come out with their hands up.

He assured that he did not know the two minors who wreaked havoc at his home. They broke windows, shot at the ceiling and destroyed part of the house, he said. Bedizel was grateful that there was no one in the house at that time, but they have not allowed him to return home and he has nowhere to go.

“This situation is tragic and is the result of the system failing our children,” Kitwana McTyer, the president and CEO of FUMCH, said in a press release. “These minors desperately need care in the right environment, which is a higher level of care than we provide.”

McTyer said the two children had been in the Emergency Foster Care program, which currently serves three children.

“As a result of this event, we are going to put a moratorium on our Emergency Foster Care program on campus for the next 30 days and then we will stop providing that service until such time as we feel we can do it in a safe way to the minors who come into our care and simultaneously protect our staff who do valuable work in caring for our minors every day, ”said McTyer.

“At this juncture, the level of children that are being sent to us through emergency foster care is sometimes beyond the scope of our abilities to provide the required care and limits who we can serve as part of our mission.”

McTyer said the household has seen a higher level of children repeatedly entering the system with “escalated behaviors” in recent years. Still, he noted that the home is required by law to contact law enforcement if a minor leaves the property, so many of the 300 calls to the sheriff’s office in 2020 were not emergencies.

The FUMCH was founded in 1908 as an orphanage and continues to provide care for children, and McTyer emphasized in the statement that the emergency foster care program is only one part of its services. “We are a child welfare center, not a security care facility,” McTyer said.

The Juvenile Justice Department did not immediately respond to a request for comment.

One thought on “Two minors, one 12 and one 14, broke into a home, found weapons and began shooting at officers, according to the sheriff.”