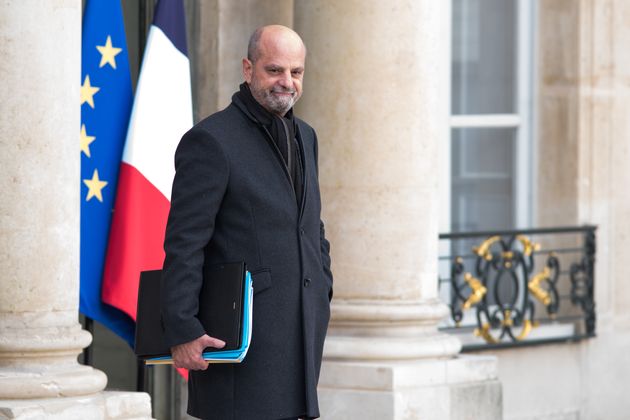 Jean-Michel Blanquer, here at the exit of the Council of Ministers on October 13, is at war against “wokism”.

POLITICS – “What is commonly called Islamo-leftism is wreaking havoc on the university”. Here is what declared Jean-Michel Blanquer exactly one year ago. But in October 2021, the threat that he believes hangs over the academic world now bears an American-inspired name: “wokism”. To the point of having launched, this Wednesday, October 13, “The Laboratory of the Republic”, a think tank aiming, among other things, to fight against the influence of this “ideology” imported from across the Atlantic and which would threaten, according to him, the young.

A movement described by the Minister of National Education as a “thought of fragmentation” which would be contrary to the republican ideal. In an interview with World, Jean-Michel Blanquer even goes so far as to assert that this threat can cause events that can upset the face of the world. “In the United States, this ideology was able to bring, by reaction, Donald Trump to power, and France and its youth must escape this,” said the minister, for whom “wokism” consists in bringing society “into a competition of resentments ”between different minorities. And which, in turn, would lead to a withdrawal of identity from people who would like to oppose it.

A few weeks earlier, Jean-Michel Blanquer already considered “that these movements are a deep destabilizing wave for civilization. They call into question humanism, itself the result of long centuries of maturation in our society ”. And he’s not the only one in government to have this nebulous concept in sight. At the beginning of September, Sarah El Haïry, Secretary of State for Youth, denounced the “woke culture” in the light of the indictment of Agnès Buzyn by the Court of Justice of the Republic. In addition, several ministers were present Wednesday for the launch of Jean-Michel Blanquer’s think-tank, such as Emmanuelle Wargon or Bérangère Abba. At the launch of his party last weekend, Édouard Philippe has also targeted “Wokism, cancel culture, and all the noise”.

Where does “wokism” come from?

If you’ve never heard of “wokism” and don’t see what it means at all, don’t panic. You are in the very large majority of French people who are foreign to this term and its definition (if we can make one). In March, an Ifop poll showed that 86% of French people never had heard of “woke thinking”. Thus, a brief explanation is in order. The expression is taken from the English verb to wake, which means “to wake up”. She conquered the militant lexical field in the United States in the context of the struggle of black Americans for civil rights.

“This slang expression has traveled in the African-American world since the 1960s”, explained to World historian Pap Ndiaye, a specialist in the social history of the United States. Over the years, the term has gradually evolved and embraced other causes, always with Uncle Sam. And could be summed up as follows: to be “awake” to the oppressions experienced by minorities. In the United States, and even in France, the elected Democrat Alexandria Occasio-Cortez is often presented as one of the figures of “woke” thought.

For its French detractors, this “ideology” attributed a little quickly to “The American extreme left” would be pretty much responsible for all claims of inclusiveness voiced by minorities. This would range from inclusive writing to questioning traditional models of representation (the latest James Bond is for example accused of flattering the “woke” culture). Its enemies also lend to “wokism” the debunking of statues, the introduction into the debate of the concept of “race” (by pointing out in particular the “white privilege”) or even of dividing the world between oppressed and oppressors. Which, in fine, would threaten the universalism that the Republic claims to claim.

In reality, and as often, things are more complex, and the outcry that “wokism” produces is often the result of conservative circles which tend to exaggerate its effects (as the sociologist Michel Wieviorka recently observed in the columns of The Express).

“It only interests Parisian circles”

And why therefore does Jean-Michel Blanquer deploy so much energy to throw himself into this debate which, as obscure as it may seem, could ultimately give the impression of sparing the systems of oppression that may be at stake. the work in society? This is a question that some ask themselves in macronie, even if several ministers and deputies pinch for this crusade.

“I find it hard to see how this initiative serves the President”, squeaks a historical walker, for whom “these stories of ‘wokism’ only interest Parisian circles”. And to add: “six months before the presidential election, I think that the best way to mobilize our efforts is to go and defend the balance sheet, especially in terms of purchasing power and return of public services”.

“I don’t understand this obsession with ‘wokism’. We have just passed a law on separatism which is sufficient in itself. No need to be in the permanent bidding, the extreme right and the extreme left are unfortunately more than enough for that ”, regrets for his part an influential LREM deputy.

What does it matter, for the Minister of National Education, the fight against “wokism” is the future. “We have to look at how this leads to 21st century public policies,” he said on Wednesday. To return to the Ifop survey mentioned above, out of the 14% of French people who had heard of the term, only 6% said they knew what it was. A tiny margin that Jean-Michel Blanquer does not neglect. “Even if the word ‘woke’ is still unknown in France, it is considered to be the number one element of cleavage in the United States and that has led to very strong polarizations”, he said. assured. It remains to be seen whether highlighting the fight against “wokism” in this way does not amount to accentuating this cleavage.

See also on The HuffPost: Blanquer in favor of each department naming an establishment “Samuel Paty”

One thought on ““Wokism”, new target of Jean-Michel Blanquer’s critics after “Islamo-leftism” – The HuffPost”