The bear was supposed to attack the shepherd, but everything is different! The ministry responds: What actually happened? – Topky 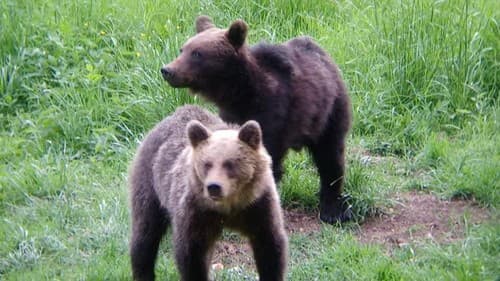 The attack of the bear was to take place in September and the mayor of the village Nevoľné Štefan Henžel informed about it. “Today, a brown bear was attacked by a human in our cadastral area, specifically over a large hayloft on a farm above our village,” wrote on social network Facebook on September 22nd. According to him, the attacked shepherd was very lucky to have shepherd dogs with him, which protected him.

He even urged the inhabitants of the village to be extremely vigilant when walking through the forest. “I informed the chairman of the hunting association, the department of the environment, as well as the intervention team for the brown bear about this fact. This is where all the fun ends and be careful, “ wrote the mayor. The report was subsequently taken over by several media, including foreign ones, in response to the mayor’s words.

But then a turning point occurred. The head of the intervention team for the brown bear, Jaroslav Slašťan, went to the place where the attack was to take place. But there was a surprise. According to the Ministry of the Environment this week, there was no attack of the bear.

“The confrontation with the shepherd of Romanian origin showed that the publicized report was not based on the truth,” stated in the video, which they chose to shoot directly in the village of Nevoľné and its surroundings. “Surprisingly, we found out that it was not just an attack, but not just an incident, but only a clash. That is, a common situation,” Slašťan explained.

The whole story was supposed to take place completely differently than it was originally interpreted. A shepherd from Romania was to go grazing sheep in the morning. After leaving the farm, he headed for a nearby clearing. However, a bear came out in front of him. Then the scene seemed to freeze – the shepherd stopped and looked at the bear. The bear did the same and looked at the shepherd.

However, the drama did not take place. The bear then left. According to the shepherd, he was not aggressive, nor did he try to attack him. He also explained how it was with the role of dogs throughout the story. After the bear disappeared into the thicket, the dogs ran after him, but only a certain distance. They then returned.

However, after a clash with the bear, the shepherd informed his manager about the whole matter, who in turn informed the head of the farm. This was later referred to by the mayor of the municipality, who made the case visible through social networks. “I received information from the head of the farm that there was an attack on a shepherd who was protected by dogs,” Henžel explained, adding that he published the information on his Facebook in order to warn people who could go to the area, for example, for mushrooms.

Watch out for hoaxes

Information about the occurrence of the bear near inhabited places and villages or directly in them is, so to speak, on the agenda. That’s why many people worry me. However, not all are based on truth and hoaxes are no exception in this topic. According to the Ministry of the Environment, this story is only one of many when the threats from the bear are being pushed aside. Fabulators use scary stories supported by manipulative photocollages.

They were investigating poaching. Little did they know that Fico and Bödör or Kaliňák and Par go to the cottage near Levice – Aktuality.sk

One UI Book 4: here is an overview of Samsung applications on Windows 11

One thought on “The bear was supposed to attack the shepherd, but everything is different! The ministry responds: What actually happened? – Topky”