Pini’s wish comes true: Petra and I laugh a lot. He must be given space to live – PRAVDA.sk 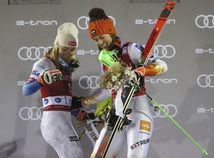 Livia Magoni’s successor in an interview for the portal SkiActu.ch he reacted to whether he was surprised by the dominance of the charge in the far north.

“I wouldn’t be honest if I said yes. We knew we were having a good time, that Petra was confident. We are working to achieve such results.

The preparation was excellent, but Petra still has room for improvement. This time we will focus on very small details, “said the Swiss after Sunday’s second slalom victory of Vlhová.

How could she move forward? “Not much when I saw today’s second round,” he replied with a smile.

“We are currently focusing on giant slalom. We are not far in it, we saw it in Sölden (Vlhová finished third in it, note). Last season, Petra lost some flexibility in this discipline and we have to fix it, “he emphasized.

He added that the first goal is to win a small globe for slalom, but they also have a huge slalom in the viewfinder.

“We are leaving the big crystal globe aside. The Olympics are waiting for us in February and we will focus on them, “added a Helvetic expert.

Read more Vlhová first leveled Shiffrin’s level. He is now one step ahead

Under the leadership of the new coach, greater relaxation can be seen on Vlhová. What is it like to work with a Slovak star?

“She’s not the same girl you see on TV who can look hard and cold. It’s like the others, we laugh a lot. I wanted to bring more flexibility to the team, “he revealed.

This dimension is said to be seen at Liptáček on skis and beyond. According to Pini, that was the desired goal.

“Every coach has his or her own method. When working on specific points, I try to bring experience and peace.

But I also insist that in life it’s not just about skiing. Petra is a 26-year-old woman and the coach must also give her space to live, ”he emphasizes. 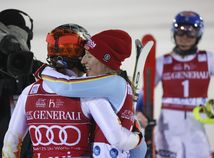 Can he compare her to Tina Maze or Lara Gut-Behrami, who he also led?

“Like them, it’s a great talent. I really appreciate our cooperation, because she has a similar vision as me, whether on skis or in connection with her sports ethics. I’m not afraid to stay outside and work.

For example, three weeks before the slaloms, we trained in Levi and decided not to travel to Lech. We made these decisions with confidence, “he pointed out a good move.

He also praised Slovak fans who encouraged her in Finland. 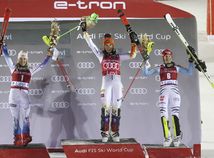 Read more The opponents were already frightened by Vlhová during training. She got in their head

“There is a huge star in Slovakia. The whole nation loves her and her races have a huge following.

Petra stays on the ground and does not forget where she came from, “he concluded, adding that he had not yet begun to learn Slovak:” It is very difficult. “

Vlhová is together with Mikaela Shiffrinová at the head of the World Cup, both have 260 points. In the slalom classification, the Slovak has 200 points, 40 more than the second American.

The series continues on Saturday with a huge and Sunday classic slalom in Killington, USA. We will monitor all starts online.

One thought on “Pini’s wish comes true: Petra and I laugh a lot. He must be given space to live – PRAVDA.sk”