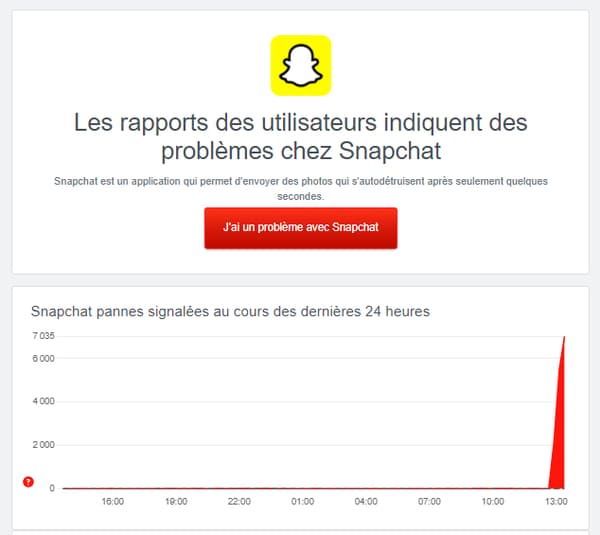 On Wednesday, October 13 at around 12:30 p.m., an outage affected Snapchat preventing users from uploading stories or sending messages. The reasons for these dysfunctions are currently unknown.

This Wednesday, around 12:30 p.m., many Internet users reported that they could not upload a story and send messages to the social network. Snapchat.

On the site Downdetector, a collaborative platform on which Internet users can report incidents, more than 6,200 reports were made in the space of an hour, mainly in Europe and the United States with nearly 31,000 reports.

the hashtag #snapchatdown was in third place in Twitter trends, with more than 2,200 tweets on the subject.

The social network has so far not given any explanations on the reasons for this outage which was still underway at 1:30 p.m. on Wednesday. This failure occurs a few days after the one that affected the social networks of the Facebook group, namely Facebook, Instagram and WhatsApp.

One thought on “Snapchat victim of a major outage – BFMTV”