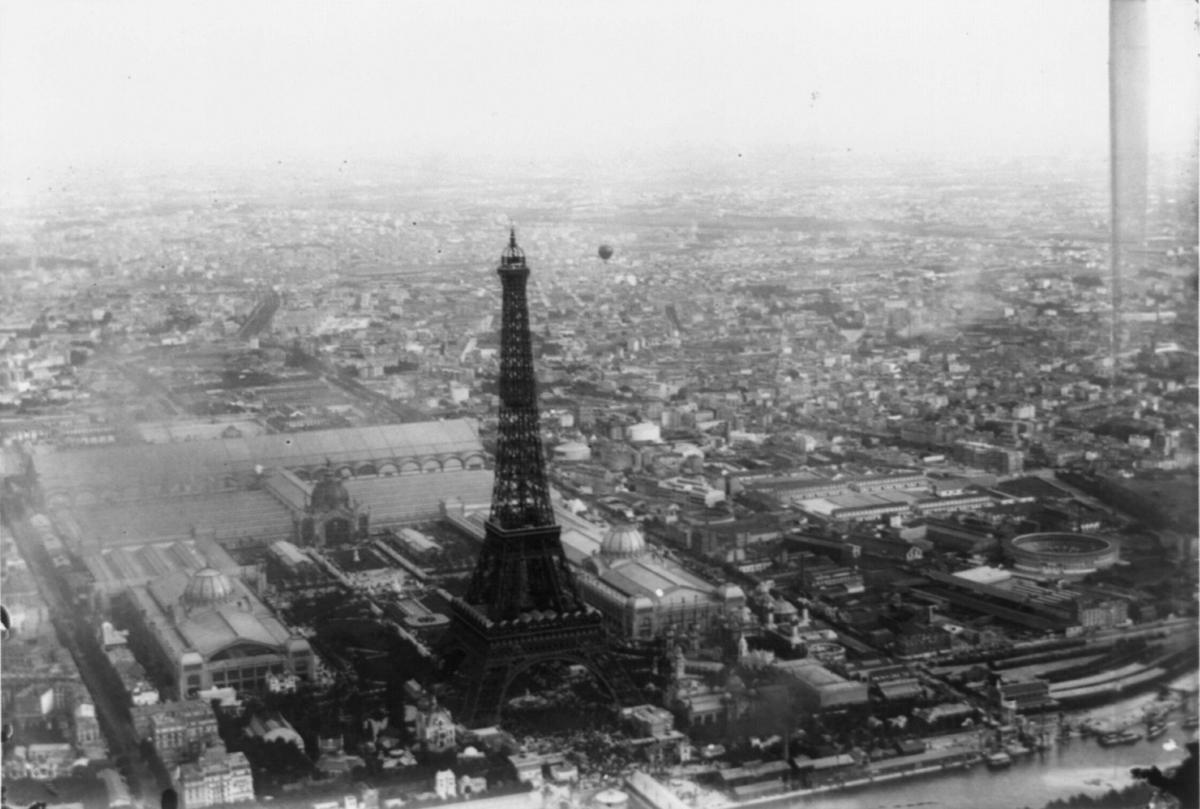 The film “Eiffel”, dedicated to the “magician” of iron who began his career in Bordeaux by leading the construction of a railway footbridge, is released in theaters this Wednesday. Are you really knowledgeable about his Parisian masterpiece?

Inaugurated on March 31, 1889, the symbolic monument of Paris and France has become one of the most popular tourist attractions in the world. Here are 10 things you didn’t know.

The Eiffel Tower was not always brunette. In 1889, when it opened, it remained yellow for a short time, and from 1954 to 1961 it was painted red-brown. It is covered with 16 tons of paint intended to protect it from the elements. In total, it has been repainted 18 times. Moreover, in order for the color to appear uniform when viewed from below, Gustave Eiffel had devised a technique: you have to use three shades. From darker at the bottom, to lighter at the top.

The monumental structure, initially named the “300-meter tower”, was built in record time, for the time. And even for today. After two years, two months and five days of extraordinary work, the 324-meter-high puddled iron structure, located at the north-western end of the Champ-de-Mars park on the banks of the Seine in the 7th arrondissement, dominated the sky of Paris.

There is a bit of Bordeaux in the Eiffel Tower. It is in fact in the Gironde capital, for the realization of its first site (1858-1860), that of a railway footbridge that the Bordelais will baptize “Eiffel footbridge”, that Gustave Eiffel experimented with the system of foundations that will be used at the foot of the Parisian monument. Metal tubes driven into the ground, using compressed air, by means of four hydraulic presses and a pressurized casing, in order to force the water back inside the tubes.

Bordeaux: in pictures, the history of the Eiffel footbridge

PORTFOLIO – Closed since 2008, it could be reborn thanks to the Bordeaux firm Why Architecture, which wants to make it a real living space above the Garonne. Take a look back at the history of this railway bridge, created in 1860.

Eiffel had to fight to build his tower. Originally, Parisians didn’t like it. They found it “useless” and “monstrous”. Local residents denounced the nuisance of the site. Without speaking of the skeptics questioning the possibility of carrying it out, there was a real outcry on the part of the artists, from 1887. A petition for its destruction was even launched, it collected the signatures of painters, sculptors , the most famous architects and writers of the time, including Guy de Maupassant, Alexandre Dumas fils and Charles Garnier.

Martin Bourboulon’s film, with Romain Duris and Emma Mackey, is far from being the first to stage the famous Parisian monument. In 1897, less than ten years after the Universal Exhibition of 1889, the Eiffel Tower was already the setting for a first film, shot by the famous Lumière brothers. The class.

Initially, Eiffel would have preferred to build a more useful and durable metro for the Universal Exhibition of 1889. If he had not imagined the iron tower but, once excited by the project, he bought the patents of the first inventors and convinced all political and industrial circles to build the monument. Once he won the Exhibition competition in 1886, he was also the one who secured the financing of the work and who fought to obtain the extension of its concession. The Eiffel Tower, built to celebrate the 100th anniversary of the French Revolution, was indeed an attraction that had to be deconstructed after twenty years, in 1910. Fortunately, it did not happen.

The first two months of its opening to the public, the elevators were not yet functional. Visitors therefore had to take the stairs to climb the floors on foot. It took an hour.

The Eiffel Tower remained the tallest monument in the world for forty years. The second level of the third floor, sometimes called the fourth floor, located at 279.11 meters, is the highest viewing platform accessible to the public in the European Union and the second highest in Europe, behind the Ostankino tower in Moscow culminating at 337 meters. But during the winter, the tower shrinks by 4 to 8 centimeters. When the heat is hot in summer, it’s the other way around. The iron is in fact subjected to the phenomenon of thermal expansion which can enlarge the tower by a few centimeters and can also have the consequence of tilting it.

Today is the anniversary of my first enlightenment! 💡
From July 30, 1925 until 1936, the name @Citroen was visible every night at a distance of 40 km on three sides thanks to a device of 250,000 bulbs of different colors.#Eiffel Tower #Paris pic.twitter.com/KV5TBMEjlW

The Eiffel Tower changes colors according to the illuminations and events. Its first illumination dates back to July 30, 1925. André Citroën had given himself the gift (2 and a half million francs, anyway) of having his name written in letters of the late on the tower, thanks to the Italian engineer Jacopozzi. Since the attack on Charlie Hebdo in January 2015, the Eiffel Tower changes color or goes out to pay tribute to the victims of the attacks all over the world.

The tourist attraction was one of the arguments deployed by Eiffel to convince the jury of the Universal Exhibition to choose its project. Visionary, he was right. With 7 million visitors per year on average, the Eiffel Tower is the most visited paid monument in the world. By comparison, the Empire State Building in New York attracts “only” 3.5 million visitors. Since its opening to the public, it has welcomed more than 300 million visitors. The different uses of the Eiffel Tower for new technologies, such as television, have also made it indispensable. That, Gustave Eiffel had not foreseen.

One thought on “Video. Ten things you probably didn’t know about the Eiffel Tower – South West”