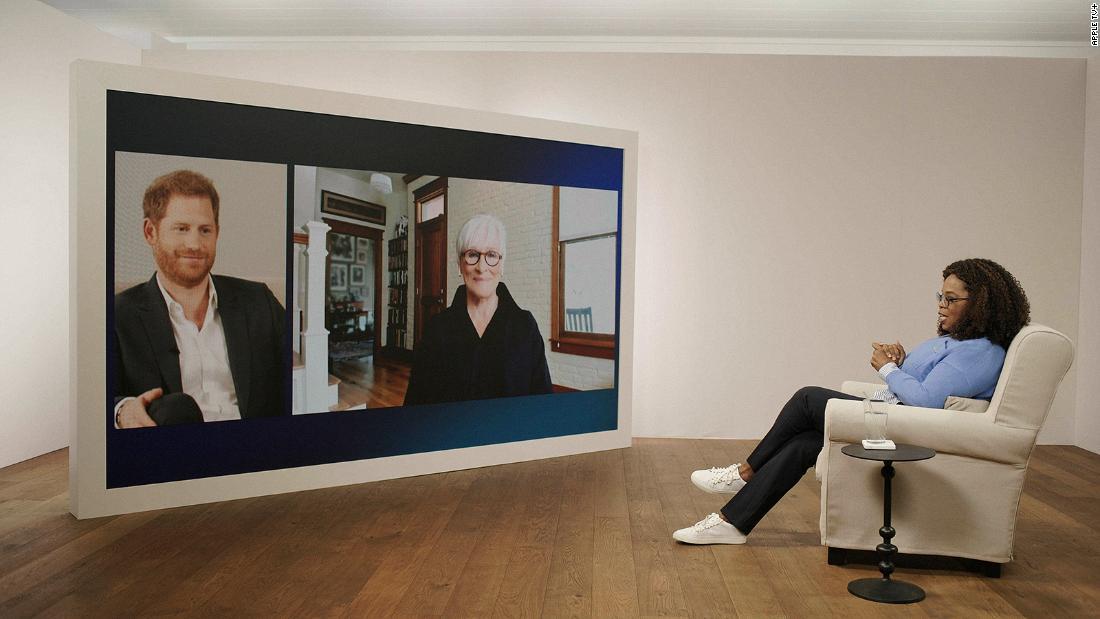 (CNN) – Anyone who doubted Prince Harry’s ability to transform himself into a successful Hollywood producer could well be wrong.

When its five-part mental health docuseries “The Me You Can’t See” premiered on Apple TV + last week, there was a 25% increase in viewership on the streaming platform, according to a source close to Apple. It was so successful that in the following days a series special was announced, a debate in which Harry and co-producer Oprah Winfrey met again with the participants and the experts of the original series to deepen on emotional well-being.

It is the first proof that the prince is worth the hundreds of millions of dollars that major streaming services have invested in Archewell Productions, the unit he created with his wife Meghan. It’s early days, but its success on Apple TV + is a positive sign. Of course, it will have helped to have a luxurious cast, with actress Glenn Close and singer Lady Gaga among the show’s participants sharing their own experiences of mental health.

The series also had a lot of coverage in the press about what he said about the royal family and the accusation that “the company”, with the media, discredited his wife. In the initial five-part series, Harry opened up about the alcohol and drug use to cope with the trauma of her mother’s death and the pressures of royalty. In the UK, Apple’s average audience over the weekend increased by 40%, according to our source.

The next test for the Sussexes will be to show that they can make shows that get audiences without mentioning their extended family. The pair can be bolstered by the fact that the bonus episode of “The Me You Can’t See” only made passing references to royalty. Instead, she ultimately made the most important point she wants to make: “My hope is that our series continues to inspire people around the world to take a more active and compassionate approach to healing, community, and wellness, because really we are all in this together”.

Oprah Winfrey, Harry and Glenn Close in “The Me You Can’t See: A Path Forward,” released on Apple TV + this Friday.

Given that the prince believes that mental health and climate change are “the two most pressing issues” facing society, we can assume that he will continue to pitch content ideas around them. They are, of course, important issues that people care about. Although Harry and Meghan they are not the first members of royalty Honoring or upholding social issues, these direct conversations with the couple show how the royal communication strategy is beginning to change as the media landscape evolves.

William and Kate have also rethought your communication plan on social media, and younger royals are increasingly connecting with the public through alternative platforms, such as streaming services, rather than through traditional media, without signing up. an obvious decline in media coverage.

What Harry has to prove now is whether he can become an expert source on the issues he wants to advocate without attracting any real new revelations. For now, things seem to be going well.

Key quotes from the Duke of Sussex in the new documentary

On the challenges facing society:

On how to approach the debate on self-harm:

On the stigma attached to mental health:

“As parents and as siblings… certainly, from what I’ve learned, there is an element of shame that we feel because we are, like, ‘How come we didn’t realize it? How did we not know? How did you not feel comfortable enough to come to me and share it with me? We all know that when people are suffering or struggling, we are all incredibly good at covering it up for those who know we are covering it up.

On the “invisibility” of mental health:

«I have the feeling that many parents do not feel prepared to deal with these problems because many people think that there is a mental illness and then there is everything else … How can we collectively, as a society, prepare ourselves and make parents feel more comfortable and better equipped to be able to deal with daily stress or daily ignorance of what their children are going through, growing up in this world that we have allowed to create, which I think is making us sicker? »

On how the pandemic has affected opinions on mental health:

“Before covid, there was probably an ‘us and them’ situation when it came to mental illness. And now I think it’s just ‘us’.

1 thought on “ANALYSIS | From prince to producer: Harry has a hit on his hands”