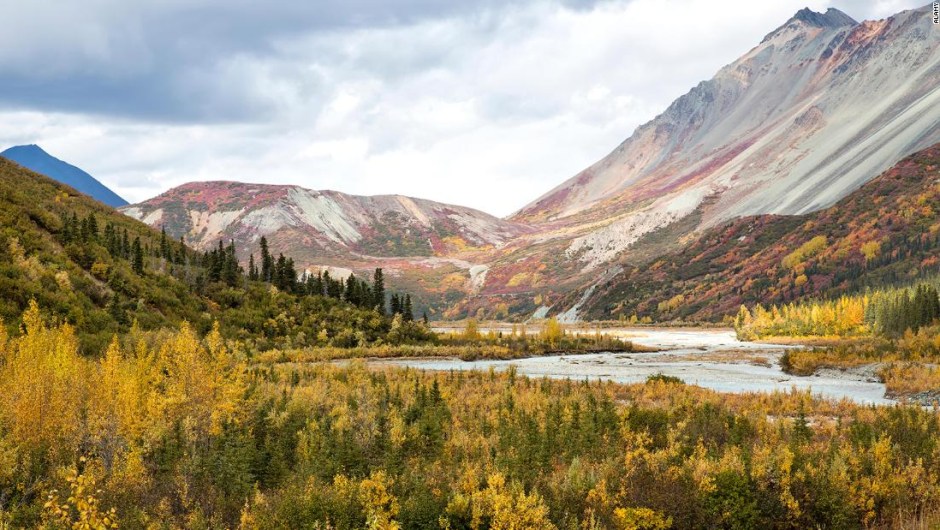 (CNN) – An Alaskan man was able to bandage his wounds and call 911 after being mutilated by a grizzly bear that bit him multiple times on the head.
Allen Minish, 61, was conducting a land survey near Gulkana when he “unknowingly approached an adult brown bear,” according to a statement from the Alaska State Department of Public Safety of Troops.

Minish was alone and about 800 meters from the road when the bear lunged at him, according to the report.

“Suddenly, I looked up, and about 30 feet away, there was this good-sized brown bear”, Minish told CNN affiliate KTUU. And he looked at me, and he came to me. And I thought, ‘Great.’

Minish tried to take cover behind some bushes, but they did not provide any protection, he told KTUU. He fell back as the bear approached him and grabbed his lower jaw to try to keep him from biting him.

“Because if you grab the lower jaw of a dog, it can’t bite you,” he told KTUU. So I poked a hole in my hand with his molar, but he couldn’t close his mouth. And all he did was scratch my hand with the upper one.

But the bear shook his head and pushed her hand away.

“When he did that, he lunged, grabbed my head, took the first bite, relaxed and took the second, which was stronger,” he told KTUU. “And that’s when he broke all my bones and part of my head.”

The bear released him and Minish rolled on the ground trying to protect his face and head with his arms until he was gone, KTUU reported.

The man used his surveyor’s shirt and vest to try to stop the bleeding from his head, but still had to wipe the blood from his eyes and from his phone to call for help, he told KTUU.

Police and local fire and rescue personnel were able to locate Minish and lead him to the Alaska Pipeline Highway, according to the dispatch. A medical team remade his bandages there and took him to Gulkana airport, KTUU reported.

He was airlifted to Providence Alaska Medical Center in Anchorage, which is about 70 miles away. A hospital spokesman said Minish was in good condition Thursday.

He had trouble sleeping Tuesday night because he was thinking about what happened, but he told KTUU that he is trying to stay in a good mood and even jokes with the nurses.

‘I try to keep my spirits as much as I can; I try not to sink into pity, “he told KTUU. “It doesn’t do me any good since I decided that I was going to live.

The bear left the area and was not found.

“There are no ongoing efforts to locate the bear in this incident as it is not considered a threat to public safety at this time,” Alaska Department of State Security Public Information Officer Austin McDaniel told CNN. in an email.

Minish told KTUU that the bear was only walking and was not doing anything wrong.

“It was just, wrong place, wrong time for me and the bear,” he told KTUU. And it all happened so fast.