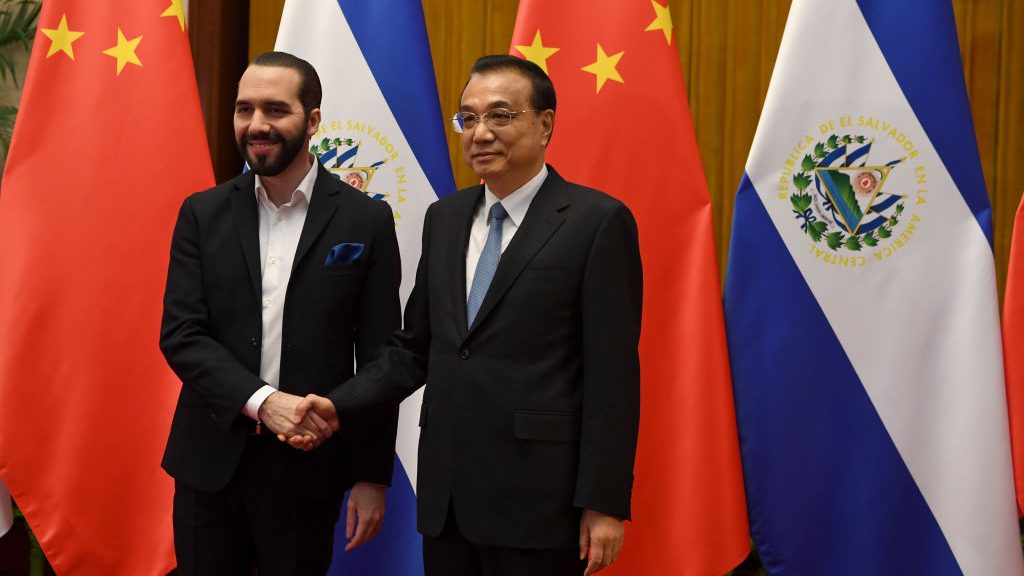 (CNN Spanish) – The Legislative Assembly of El Salvador on Tuesday ratified a framework agreement with China that facilitates the execution of several projects financed by the government of Xi Jinping.

The agreement, ratified with 66 of 84 votes, had been signed by President Nayib Bukele in December 2019 during his trip to China, for the equivalent of US $ 62 million. On that occasion, the president reported that China would finance the construction of a stadium, a library, a water treatment plant and other projects in the coastal area of ​​El Salvador.

Bukele now says that the amount will be much higher. “US $ 500 million in non-refundable and unconditional public investment,” he wrote in a tweet. He added: “2 Fomilenios en 1”, in reference to the Millennium Fund (Fomilenio) of the Millennium Challenge Corporation attached to the United States Congress. With this investment, two programs have been executed for a total of US $ 737.9 million.

Regarding this, the Acting Assistant Secretary for Western Hemisphere Affairs of the US, Julie Chung, wrote a tweet to Bukele: “Mr. President, nothing from China comes without conditions.” The president replied through the same social network: “You are the largest commercial partner of China.”

Voices for and against

“US $ 500 million for them is nothing, but for us it is a strong investment,” said Reynaldo Cardoza, deputy of the National Concertación, an ally of the ruling New Ideas, during a brief meeting of the Foreign Relations Commission to analyze and approve The initiative. “This is what Salvadorans want, they want results soon,” he added.

The conservative Nationalist Republican Alliance party questioned that the projects to be carried out in El Salvador will be carried out by Chinese companies. “It is true that they are going to give us the money, but those who are going to provide the personnel, the materials and are going to execute everything are the Chinese,” said deputy Marcela Villatoro. “El Salvador gains infrastructure, but not employment,” said Johnny Wright Sol, deputy for the Nuestro Tiempo party.

The ratification of the agreement occurred at a time when relations between El Salvador and the United States are tense after the dismissal of the magistrates of the Constitutional Chamber and the Attorney General promoted by the Legislative Assembly, with an official majority and only hours later that the Democratic representative for California, Norma Torres, revealed a list of officials and former officials of the Northern Triangle of Central America linked to alleged cases of corruption and drug trafficking. Five Salvadoran politicians were included in that report, led by the chief of staff, Carolina Recinos. Bukele has detracted from that list.

Concern about the relationship between the US and China

The special envoy of the United States Department of State for the Northern Triangle of Central America, Ricardo Zúñiga, expressed in mid-May his concern about China’s rapprochement with El Salvador, during an interview with the Salvadoran Telecorporation.

Even so, Zúñiga said he trusted the good historical relations between the two countries. The United States is the destination for most of El Salvador’s exports and more than three million Salvadorans live in that country.

Remittances, mostly from these migrants, exceeded US $ 2,350 million between January and April, according to the Central Reserve Bank, a figure that according to a recent statement is higher by US $ 755.3 million (47.4 %) compared to that received in the same period of 2020.

On the night of this Tuesday, 500,000 doses of the Coronavac vaccine arrived in El Salvador, as confirmed by the Ministry of Health.

This batch is in addition to another million doses received from China in late March and a 150,000 dose donation from the Xi Jinping government.

The government of El Salvador and the pharmaceutical company Sinovac Biotech reached an agreement in November 2020 for the purchase of 2 million doses of the CoronaVac vaccine against covid-19. Health authorities estimate that they will vaccinate 4.5 million Salvadorans over 18 years of age.

In addition to the CoronaVac vaccine, the country has received several lots from Oxford-AstraZeneca and Pfizer-BioNtech purchased by the government and also through the Covax mechanism of the World Health Organization (WHO).

Until this Wednesday, the health authorities of El Salvador report more than 1.4 million people vaccinated; more than 71,000 cases of covid-19 and more than 2,100 deaths from causes related to the virus.

1 thought on “El Salvador strengthens ties with China while the relationship with the US is strained.”