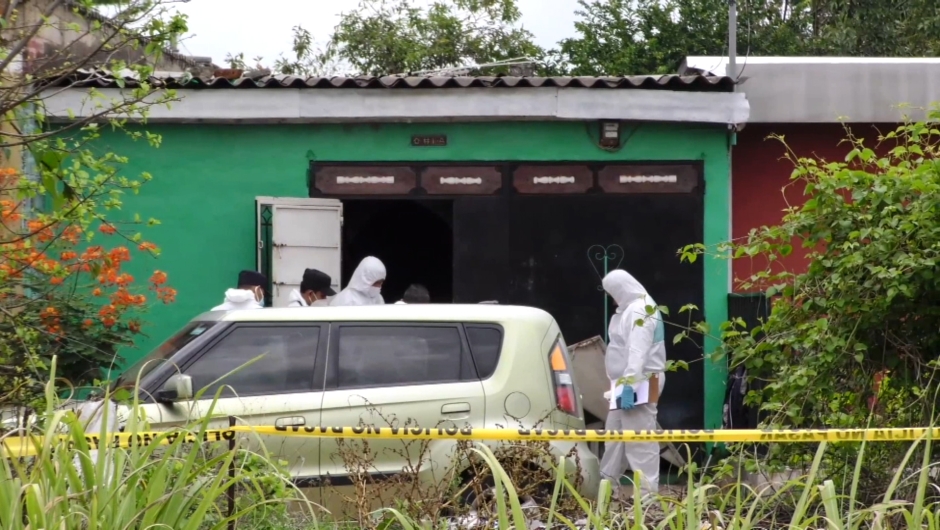 (CNN Spanish) – Forensics from the Attorney General’s Office of El Salvador found 10 bodies buried in two graves inside a house in the municipality of Chalchuapa, department of Santa Ana, 73 kilometers from San Salvador.

According to Prosecutor’s office, the remains would be seven women, a girl, seven years old; and two children aged two and nine, located in the home of Hugo Ernesto Osorio Chávez, 51, who is already in prison.

Osorio Chávez was captured on May 8, as the main suspect of murdering two women, mother and daughter, in his home. On May 12, a court in Santa Ana ordered him to continue in preventive detention. At the end of the hearing, Osorio did not answer questions from the press. Neither has his lawyer made a statement and did not respond to calls made this Friday by CNN.

The Prosecutor’s Office estimates that the investigations in Osorio’s house could last a month. Authorities suspect that the death toll could be higher. “It has been established that there are seven more graves in which there are possibly more bodies buried,” said a prosecutor in a video released by the Prosecutor’s Office on his Twitter account. “We are talking about corpses that may have been there for at least two years,” added the prosecutor.

According to the authorities, Osorio was a member of the National Civil Police, but was dismissed in 2005 after being accused of aggressive sexual conduct. According to a statement, Osorio was released after serving a five-year sentence for the crime of rape. That is, having sex with a minor.

“His profile tells us that he is a psychopath. At the police level, we have been talking about the need to create a unit to attend to these psychological profiles, ”said the Minister of Justice, Gustavo Villatoro, during an interview on state channel 10 on May 10.

This Friday, the Police made effective the arrest of ten more people for alleged links with Osorio in 13 murders. The Prosecutor’s Office explained in a press conference that it will present a new accusation next Monday.