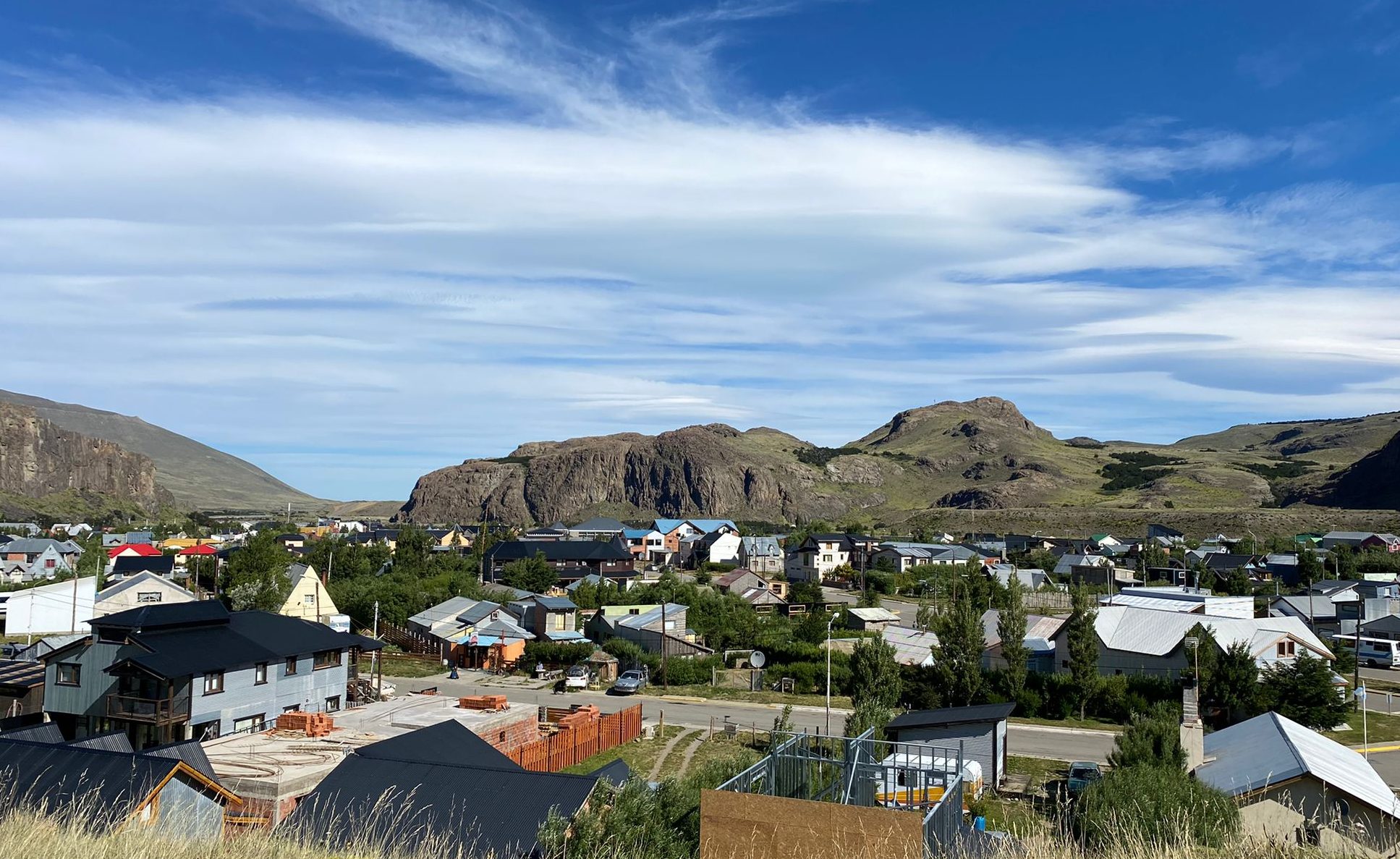 Meet this town where people live on rails 3:32

(CNN Spanish) — Tourists from all corners of the world converge today in El Chalten, a dream town located in the deep south of Argentina that has become a treasure for nature and sports lovers. Perhaps many of them do not know that the national capital of hiking or trekking, as it is called, is a very young people that was born with an intention that is difficult to guess at first glance: to establish Argentine sovereignty against Chile.

Chaltén is the name by which the Tehuelche Indians, original inhabitants of the area, designated the imposing hill that dominates the landscape and is now known as Fitz Roy. The term could mean, depending on information official of the government, “smoking mountain” or “bluish mountain”.

However, the foundation of the current settlement that is located within the Glacier National Park —considered a World Heritage Site— has little to do with the Tehuelches: it was a geopolitical decision well into the 20th century.

To understand it, you have to go back more than a century: in 1881, Argentina and Chile signed the “Treaty of Limits” which set a criterion to delimit the extensive border between the two nations. However, neither this treaty nor subsequent efforts succeeded in settling all the discrepancies. Nearly a century later, In 1965, there was a confrontation between Chilean carabineros and Argentine gendarmes in the nearby area of ​​Lago del Desierto that ended with a dead carabinero and brought the conflict to the fore.

And years later, Argentina decided to establish its presence with the creation of the town of El Chaltén. “This zone requires an aggressive development and an active socioeconomic presence that supports and supports the silent and commendable work that our National Gendarmerie carries out in the region and allows, with activity and presence from Santa Cruz, firm and sustained, to strengthen the sovereignty of said zone subjected to permanent pressures”, argued in the project to create the town the then governor of the province of Santa Cruz, Dr. Arturo Puricelli, according to the review of the government page.

At that time, in addition, the governor had already visualized the tourist potential of the area. The years undoubtedly proved him right, because today El Chaltén has become a very popular destination among foreigners and also Argentines. Here is a brief guide to get to know it.

Laguna de los Tres and other essentials of El Chaltén

In a matter of tastes there is nothing written but, if you have a few days, one of the essential walks, those who are there agree, is the walk to the Laguna de los Tres.

This route, which takes eight to nine hours, is classified as medium difficulty for those with some experience and in good health, except for the last section, which is classified as high difficulty because, among other reasons, it involves moving up a slope very pronounced.

The physical demand may be greater than you imagine before starting, but once you sit on the shores of the lagoon and admire the majestic Fitz Roy, it is likely that the feeling of exhaustion will give way to absolute ecstasy.

Depending on which path you take to get there —and they are all very well signposted— you can also admire the Capri lagoon.

For those who find a trek of these characteristics too demanding, which extends 25 km in total round trip, there is an alternative trail that takes about an hour less and starts about 17 km from El Chaltén.

If yours is the trekking, other full-day walks that you can enjoy are Laguna Torre and Pliegue Tumbado.

Have you seen those spectacular images of mountains in reddish and orange tones? Well, that is the prize for those who start the tours before dawn and reach the viewpoints when the sun is rising.

If you are lucky, you may even come across some huemul, a species of short-legged deer emblematic of the park and that is considered endangered, according to the Government.

Don’t you like to ride for hours and hours? Are you traveling with small children? Not sure how trained? In that case, you will also find options for shorter, and sometimes easier, walks that you can start with.

One of them is Chorrillo del Salto. The walk, which takes about three hours round trip from the town, is of low difficulty, with paths surrounded by very enjoyable nature and a beautiful waterfall at the end. You can do the entire route on foot or go by car to the final section, which is only accessible on foot.

Among the short walks are also the Mirador de los Cóndores and Mirador de las Águilas, which allow spectacular views after a few hours’ walk (yes, with a slope).

The walks mentioned above are just some of those that can be done on foot from the town. There is also a very rich and varied offer of excursions outside the limits of El Chaltén that you can contract in advance or while you are there, for example to get to know the Lago del Desierto and the Huemul glacier.

And in addition to walking, you can climb, bike and kayak, among other options, which will depend in part on the number of days and the budget you have for the trip.

Relax in a charming town

Another great plan is to enjoy what the town has to offer: gastronomically, you will find a variety of dishes that include many options with meat, both Argentine recipes and some imported but especially suitable for cold weather, such as goulash.

And in terms of drinks, if you enjoy craft beers, you’ll find more options than you’ll probably have time to try. On the other hand, if what you want is a hot drink, chocolate is not to be missed after a few hours of hustle and bustle.

In addition to the gastronomic options, you can visit its souvenir shops and shops selling locally designed objects and clothing.

How, when and where: three key facts to plan your trip to El Chaltén

How to get: if you travel in airplane, the closest airport is El Calafate, which is approximately 200 km away. To get to the town from there you can move by car or bus. You can also make the trip by land route enjoying the mythical Route 40.

When is the best time: El Chaltén’s high season runs from October to April, a period that includes the southern summer. In addition to the milder temperatures, an advantage of the summer months is the longer length of the day that allows you to make the most of the walks. However, the park is open year-round, so you can venture out whenever you like. Keep in mind, though, that many of the services do not work and there may be inaccessible spaces. In each season you will find a unique landscape.

where to stay: the offer is wide and varied, with options for different budgets that include hostels, hotels, cabins and mountain shelters, among other types of facilities. It is also an ideal destination if you like to camp: in addition to options in the town, you have spaces in the park relatively close to El Chaltén specially enabled for camping.