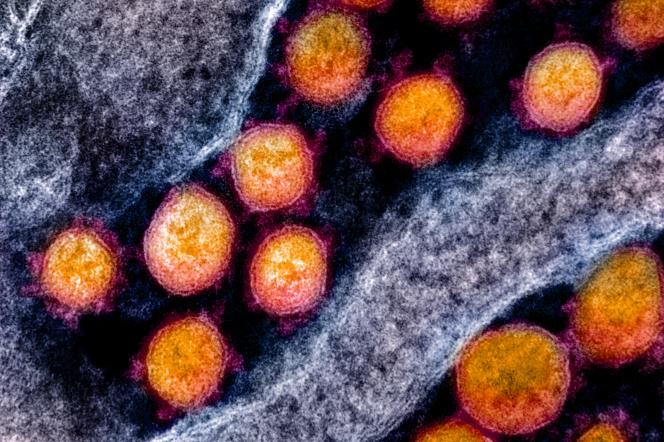 After the misinformation about nanoparticles, on mortality wrongly attributed to Covid-19 vaccines, on their side effects on the trial phases or the link with strokes, opponents of Covid-19 vaccines continue to spread new misleading arguments.

The latest concerns a rare but already observed immune mechanism with certain vaccines: the facilitation of infection by antibodies (or ADE in English, for Antibody-Dependent Enhancement). Since they discovered its existence, antivaccines claim that Covid-19 vaccines not only do not protect their hosts, Moreover, worsen their health, which would explain, according to them, the unprecedented wave of contamination in Europe. But these claims are not based on any scientific observation.

What are facilitative antibodies?

Facilitating antibodies are antibodies which, instead of neutralizing the virus, will facilitate its replication and therefore the infection of new cells. They are no different from the neutralizing antibodies usually produced by the human immune system. Once produced by the B lymphocytes, the antibodies will identify the coronaviruses present nearby and bind to them physically, by attaching themselves to their surface protein (the spike, or spike protein). Nothing out of the ordinary, so far. These antibodies then recruit immune cells which will phagocytose the virus to destroy it.

By binding to the virus, antibodies have the function of “recruiting” immune cells, which will destroy the virus

Infection can also be facilitated by an immune overreaction due to antibodies. By binding to the virus, these have the function of “recruiting” immune cells, which will destroy the virus. But this recruitment sometimes causes a chain reaction of immune cells and extreme inflammation that will turn against the body. It is this pathway of activation that respiratory pathogens trigger most of the time.

The facilitations of infection by antibodies occur mainly during a second viral infection, in subjects already infected but who encounter a strain different from the first virus that they have encountered. Exposure to an almost identical virus but with different surface proteins weakens the neutralizing capacity of the antibodies.

Cases of facilitated posterior infections have been documented for some human coronaviruses, including SARS-CoV-1, the virus responsible for the SARS pandemic in 2003. But the vast majority of known cases involve the dengue virus.

The example of Dengvaxia in the Philippines

These facilitated infections can be dangerous and compromise the risk-benefit balance of a vaccine to the point of canceling its marketing authorization. This is what happened with the vaccine against dengue fever (Dengvaxia) developed by Sanofi-Pasteur. It was suspended in December 2017 in the Philippines, after the laboratory warned the government that children who had never been infected with the disease before were at particular risk if they came across the virus after vaccination, instead to be protected. Since the dengue virus has five different serotypes, it is common for a second natural infection by a serotype different from the first to cause a more serious infection due to insufficiently neutralizing antibodies, and the same mechanism has been observed. with Dengvaxia.

Story: Article reserved for our subscribers Vaccine adverse effects: feedback on historical alerts, confirmed or not

The balance sheet of the case is not easy to establish. Nineteen deaths from dengue in vaccinated minors have been recorded, without the link with the vaccine having been medically established. Philippine authorities, who have taken legal action against Sanofi, say they are investigating more than 600 deaths directly caused by the vaccine. But the figure, the methods and the technical explanations put forward by the authorities did not convince the Filipino medical community nor the dengue fever experts.

Occasionally, ADEs have been caused by vaccines targeting other viruses:

The rare ADEs reported in the history of vaccinology have most often been caused by inactivated or even attenuated virus vaccines, as in the case of Dengvaxia.

What about Covid-19 and its vaccines?

ADEs have already been suspected in some cases of Covid-19. Recent work by a Chinese team published in the journal Viruses in December 2021 showed in vitro traces of ADE in the sera of convalescent patients. The case of a 25-year-old American infected twice in two months with two variants of SARS-CoV-2, with a more severe infection the second time, was described in October 2020 in The Lancet. A higher viral load or a more virulent virus may explain the clinical severity of the second infection, but the authors do not exclude that it could have been an antibody-mediated infection.

The risk of triggering ADEs in vaccinated populations has been a topic of discussion in the scientific community during the development phase of the current vaccines, at the beginning of 2020. The researchers wanted to minimize the risks by targeting the spike protein of SARS-CoV-2 as specifically as possible, so that the neutralizing activity of the antibodies produced remains sufficient to avoid ADEs. Data from clinical trials of the two messenger RNA (mRNA) vaccines from Pfizer-BioNTech and Moderna published in the fall of 2020 did not observe any cases of infection facilitated by vaccination.

Cases described in the medical literature remain very rare, and such a mechanism has not been observed in SARS-CoV-2 infections or among the vaccinated population. A single post dated September 2021 diverges from the relative existing consensus, but it only reports indirect observations which prove nothing and do not convince the community of immunologists. It has not been taken up by any other study and is only cited on social networks by antivaccines.

Read also Covid-19: the majority of patients in intensive care are unvaccinated

Because if vaccines or Covid-19 infections facilitated and aggravated subsequent infections, pharmacological monitoring and the scientific community would have already observed and documented this, even at a minimal frequency. However, it is not the case. On the contrary, all the data accumulated in real life on current vaccines show a high level of protection against severe forms of the disease.

In France, data from the Department of Research, Studies, Evaluation and Statistics (Drees), cross-referencing vaccination status with hospital data, indicate that vaccinated persons are largely under-represented among the serious forms: equal population, they are nine times less present than the non-vaccinated and fourteen times less admitted to critical care than the latter. Vaccinated with booster are even less so. This huge discrepancy between the vaccinated and the unvaccinated among the severe or fatal forms of Covid-19 has also been observed in the United States from November 2021, in Swiss, to Chile, or in England.