Nvidia announces DLDSR: what will it change in your games? – Frandroid

The DLDSR will arrive on January 14 via a simple update of the drivers for the RTX graphics cards from Nvidia. Is this a response to AMD’s RSR? Yes and no. We take stock. 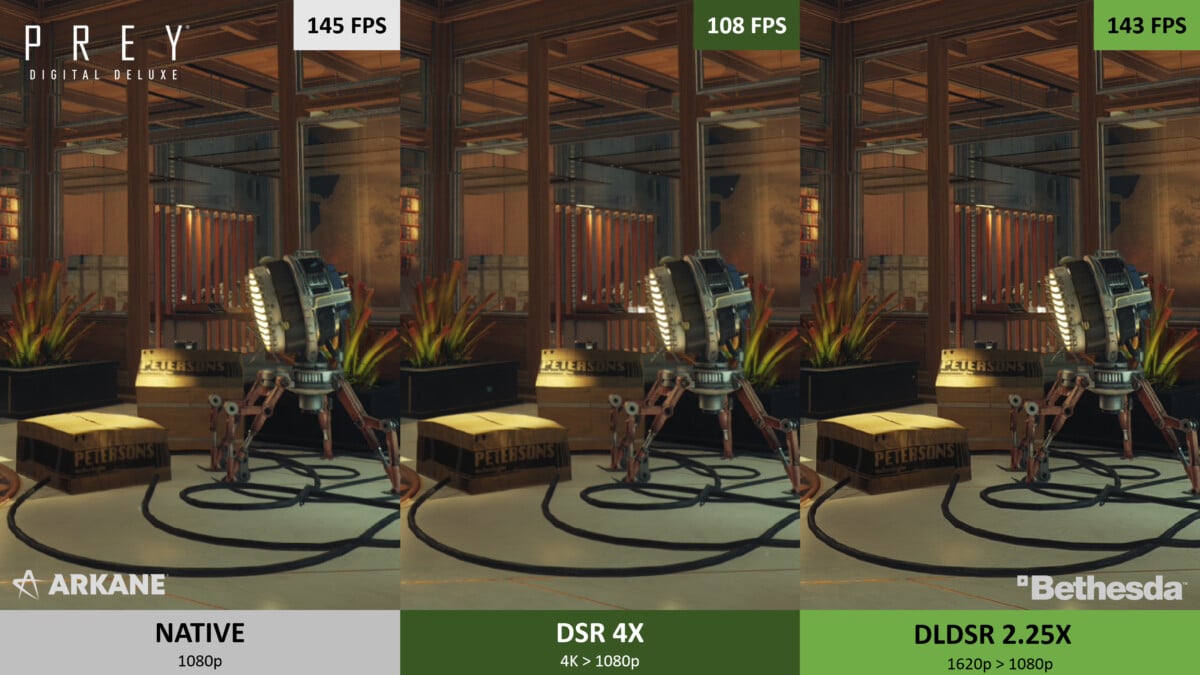 In 2021, AMD responded to the DLSS of Nvidia by announcing a competing solution called Fidelity Super Resolution (FSR).

At the start of the year 2022, it is now Nvidia which is backing down AMD and announcing the DLDSR, for Deep Learning Dynamic Super Resolution, less than a week after AMD’s presentation at the CES 2022, a new feature called RSR, for Radeon Super Resolution.

The two technologies have little to do with each other, although the timing of their respective announcements puts them in fact facing each other. AMD’s RSR aims to improve frame rate where DLDSR wants to improve picture rendering, especially at 1080p. Let’s do a check in.

The technology proposed by AMD, the RSR, therefore aims to improve the display frequency of games. To do this, it uses an upscaling technique, i.e. the graphics card will build an image in a given definition, 1080p or 1440p for example, then the RSR will bring this image to a higher definition, such as the 4K. 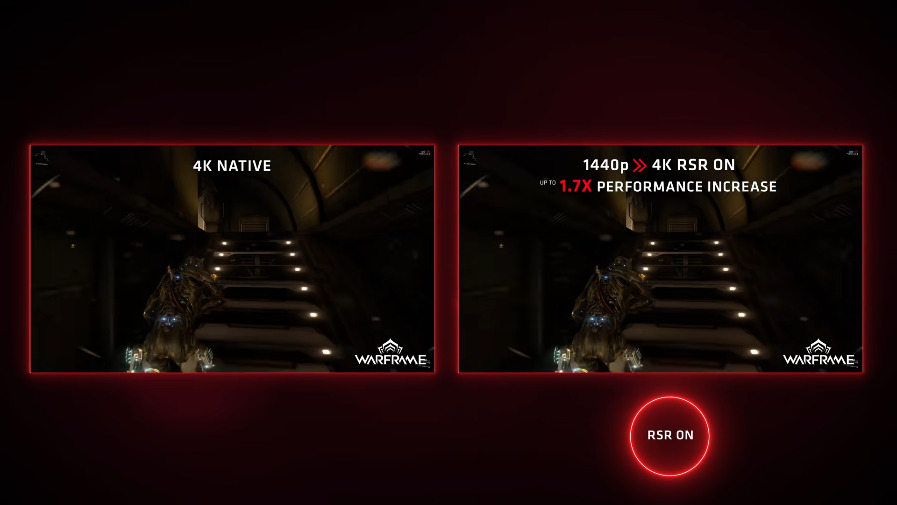 But then, what is the difference with the FSR announced by AMD last year, supposed to compete with DLSS precisely? The advantage of this new RSR is that it is implemented via AMD drivers rather than directly in games, with the collaboration of the developers. Its deployment is therefore faster and more efficient. It is also the solution chosen by Nvidia for its “Image Scaling” function. It will be available on all Radeon graphics cards based on the RDNA or RDNA 2 architecture. The RSR will be deployed in the course of first quarter 2022 according to AMD.

The return of Nvidia’s DSR

Now let’s move on to what Nvidia has just announced, the Deep Learning Dynamic Super Resolution (DLDSR) which will be available via a simple update of the RTX card drivers as of January 14th. This is also a point that brings it closer to AMD’s RSR: the two technologies seek to be implemented easily and quickly.

For the older ones, the name of DSR may remind you of something. Indeed, the DLDSR comes to update an “old” technology of NVIDIA, the DSR by injecting it with a part of AI. This is made possible by the addition of Tensor Cores in RTX cards, cores dedicated to these AI-based calculations. 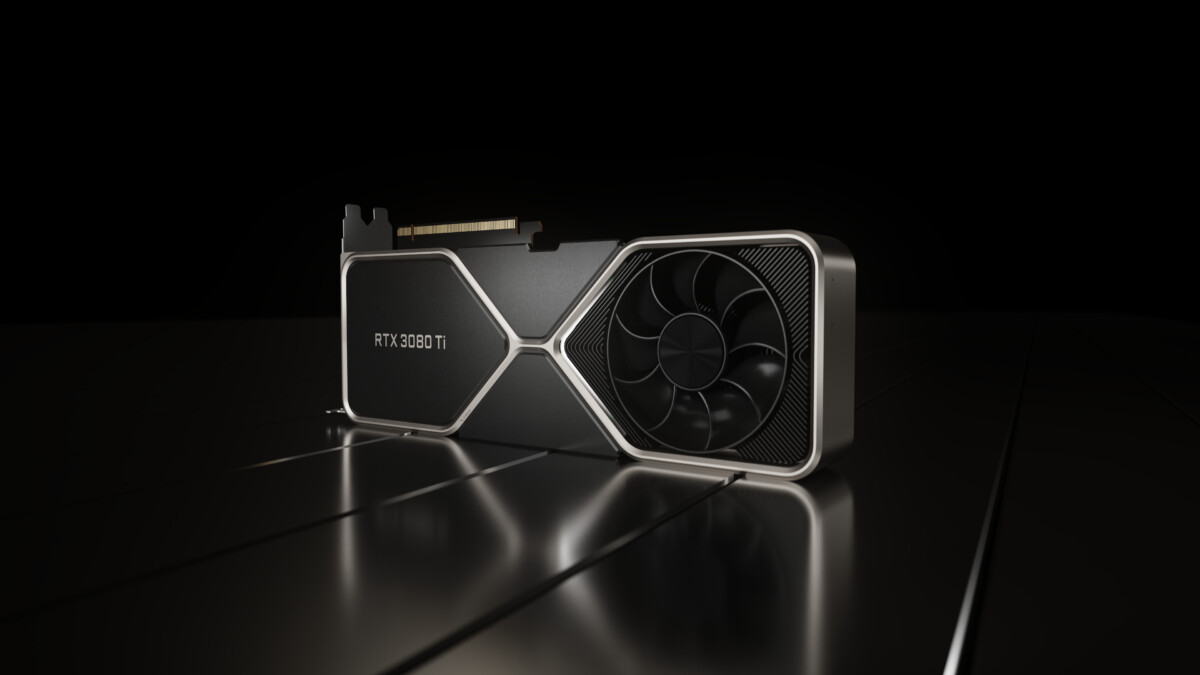 All RTX cards will be able to take advantage of DLDSR from January 14th via a simple driver update.

As a reminder, the DSR is a downscaling technology, the reverse of an upscaling. Here, we will calculate an image with a greater definition, 1620p for example, then we will bring it to 1080p.

What is the point ?

The value may not seem obvious, but in theory it should smooth out some textures and small patterns like grass by removing artifacts and sparkles, or even improve the rendering of shadows and anti-aliasing.

According to Nvidia, this new DSR should be much more capable than its venerable ancestor. In an image published on its site, the Santa Clara firm indicates that a 4X DSR (4K to 1080p) image should render similar to a 2.25X DLDSR (1620p to 1080p) image, all with fluidity much more important. 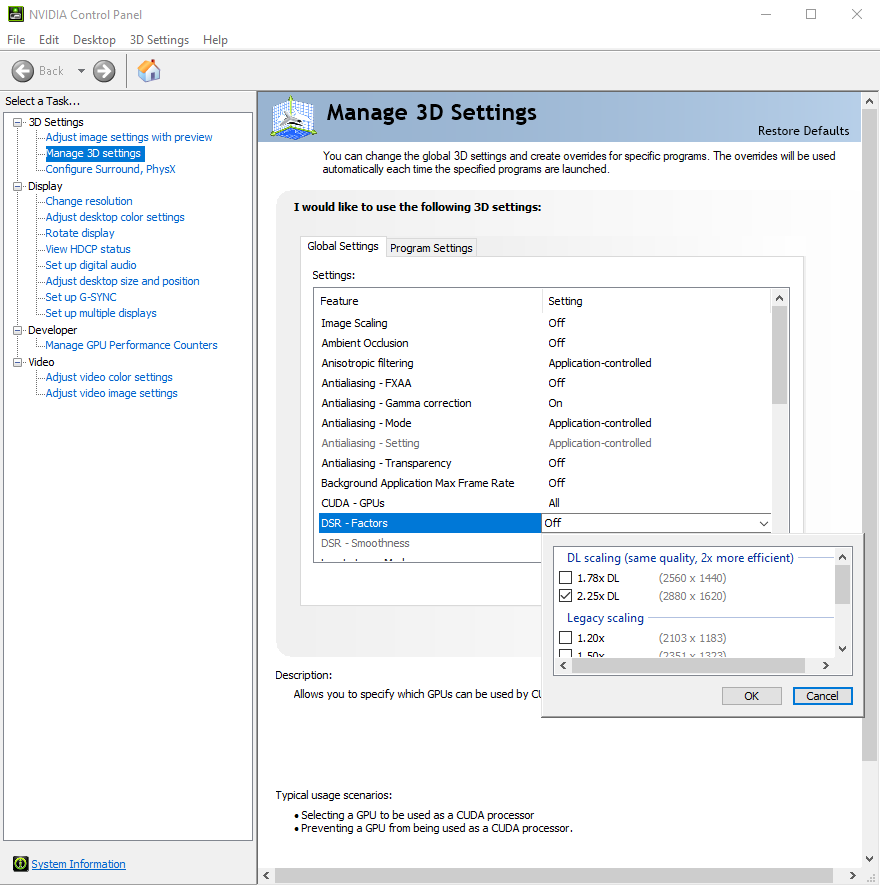 According to another image on the Nvidia website, we can see that only two settings will be offered at launch, DLDSR 1.78X (1440p equivalent) and 2.25X (1620p equivalent).

Previous articleBihari won a lawsuit against the Kotlebs. ĽSNS has to apologize to it and pay thousands of euros – HNonline.sk
Next articleCarabinieri, Gen. Galletta at the top of the ‘Culqualber’ interregional command