“Get Back”: optimistic chronicle of a consummate separation from the Beatles – archyde 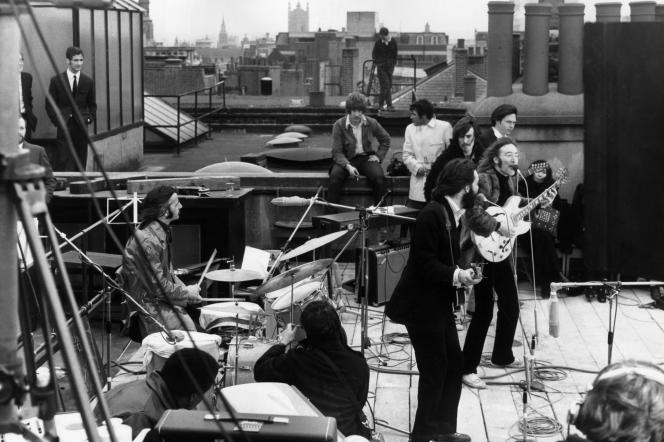 At the start of the second part of Get Back, the camera stops for a moment on the sidewalk in front of 3 Savile Row (London) to frame two young women. They are among the “Apple scruffs” (literally “Apple bums”, a nickname that says a lot about the esteem that rock men have for their fans). When asked what they are doing there, in front of Apple’s headquarters, which at that time – January 1969 – could not be anything other than the company founded by the Beatles, they answer: “Well, it’s to see them. “ John, Paul, George or Ringo. Well… especially Paul.

After 468 minutes of viewing, we find no other justification than “seeing the Beatles” for the existence of Get Back, the disproportionate object shaped by Peter Jackson, New Zealand director, from dozens of hours of footage accumulated more than half a century ago by another filmmaker, Michael Lindsay-Hogg. For hours on end, we will have seen the Beatles, who were barely more than 100 years old between them at the time and who nevertheless seem to have their lives behind them, bickering, bored, playing donkeys, separating, mend and produce what was to be their final album, Let It Be.

Read also Article reserved for our subscribers “Get Back” by The Beatles, endnotes, after fifty years of mourning

By embarking on this enterprise on behalf of the Disney house, Peter Jackson had clearly displayed his revisionist ambitions. Of footage shot over four weeks between a huge film studio in Twickenham and the Apple building in central London, Michael Lindsay-Hogg had shot Let It Be, the film, released in 1970, withdrawn from circulation by survivors in the early 1980s after the death of John Lennon. From a very old projection, we only had the memory of an announcement of a winter death, of chilled boys on the big Twickenham plateau or on the roof of Savile Row, determined to make a final effort before the inevitable: separation from the group.

The director of the trilogy The Lord of the Rings promised to highlight the part of happiness which, according to him, belies the aura of death that surrounds Let it be. To affirm this disposition, he gave the project its optimistic title: Get back (” come back “). The Beatles had hoped to make these live recording sessions (instead of the endless studio sessions that gave birth to their previous albums) a return to the spontaneous roots of rock. The undertaking was to conclude with a live concert – the first since 1966. Initially envisioned in the grandiose setting of the Roman amphitheater in Sabratha, Libya, the concert will eventually come down to a handful of songs played on the roof of the Apple building.

You have 69.83% of this article left to read. The rest is for subscribers only.

One thought on ““Get Back”: optimistic chronicle of a consummate separation from the Beatles – archyde”