After the death of 27 migrants in a shipwreck off Calais, the anger of associations – archyde 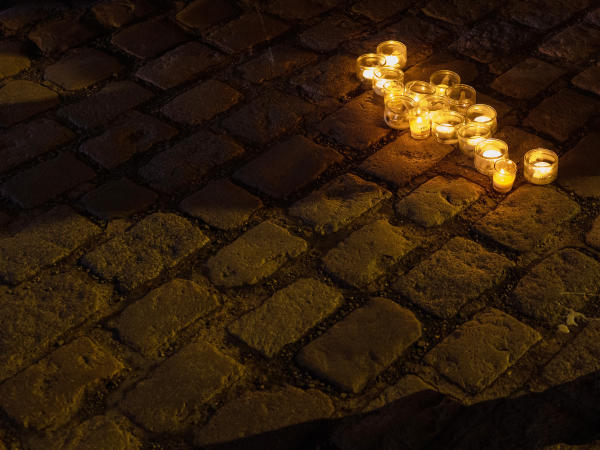 DecryptionMost of the victims were Kurds, from Iraq or Iran. After this unprecedented drama, the authorities are calling for a fight against smugglers while associations are calling for legal migration routes to the United Kingdom.

Did the inflatable boat deflate? Has his floor collapsed under the weight of the men? Could a container ship, as it passes full in this strait, accidentally capsize it? On the evening of Wednesday, November 24, little or nothing was known about the circumstances of the sinking of a small migrant boat trying to reach the English coast from the French coast. But it is an unprecedented drama that took place off Calais (Pas-de-Calais). At least 27 people, including seven women, drowned in the English Channel. Such an assessment is unprecedented.

The President of the Republic, Emmanuel Macron, declared in the evening that “France will not let the English Channel become a cemetery”. But it is, in fact, already become. Seeing the hearses entering one after the other in the port area of ​​Calais – where the emergency services unloaded the bodies of the many victims, it was this image that dominated. “How many deaths will you need?” ” asks a sign brandished among a group of a few dozen people, especially association activists, who have come to meet in front of the port.

Read also Article reserved for our subscribers After the shipwreck of migrants in the Channel, Boris Johnson calls on France for better collaboration

There are candles placed on the paving stones, in a funeral homage. “When we say that borders kill, that’s really it”, underlines Alexine Fougner, 27, engaged in Calais with an association that helps migrants living in camps to recharge their phones. “They were men, women, children, humans. We should be 5,000 tonight and we are 50, laments Olivier Maillard, a 49-year-old activist from Calais. Empathy is running out in this country. “

The sea was calm

According to the first elements of information shared by the authorities and the prosecution in Lille – where an investigation was opened – the victims were mostly Kurds, from Iraq or Iran. Two surviving men were also taken care of at the Calais hospital, presumably of Iraqi and Somali nationality. Their boat would have left the surroundings of Loon-Plage, a town near Dunkirk (North). It is probable that the people came from the neighboring camps of Grande-Synthe. In the afternoon, a fishing boat reported bodies at sea, very close to English waters, before a patroller from the French Navy, a speedboat from the maritime gendarmerie and an all-weather dinghy of the national company of rescue at sea (SNSM) of Calais be dispatched to the area.

Tuesday, the weather was favorable for crossings. The sea was calm. No wind, no mist. “It had to happen, it was written, reacts Alain Ledaguenel, president of the SNSM of Dunkirk, whose volunteer crews have carried out dozens of rescues this year, frequently called in to reinforce State boats. We know that the means of rescue at sea are insufficient. “

You have 66.55% of this article to read. The rest is for subscribers only.

One thought on “After the death of 27 migrants in a shipwreck off Calais, the anger of associations – archyde”