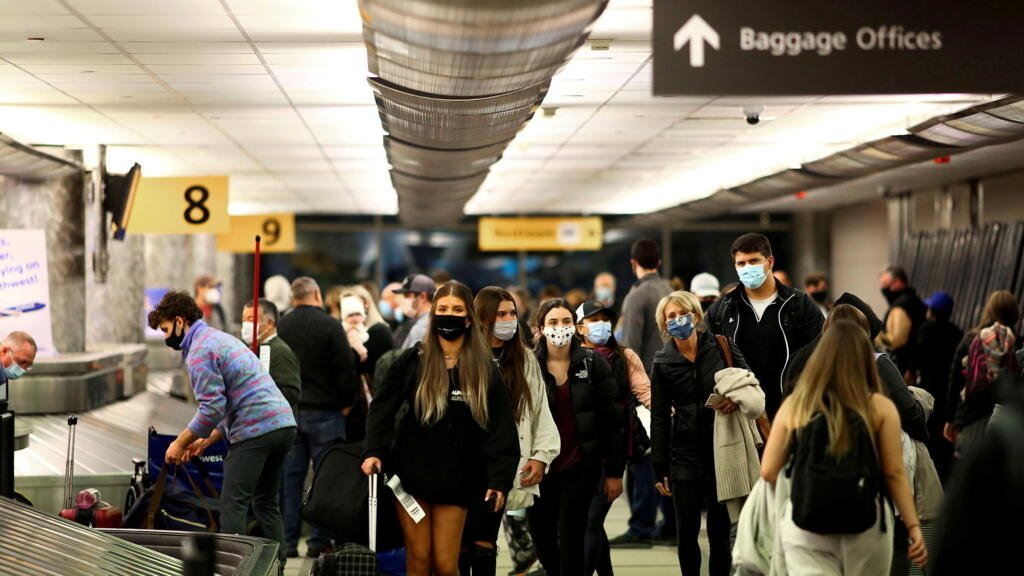 After a reassessment of the health risk, Washington decided on Tuesday to ease travel restrictions for nearly 60 countries, including France, Germany and Japan. The question of reopening American borders should be raised when Joe Biden comes to Europe in the near future.

The Europeans, who are calling for the reopening of American borders, have been heard. The United States relaxed, Tuesday, June 8, its warning to travelers wishing to travel to several countries including France, after reassessing the risk associated with Covid-19.

Many European countries, including Germany, Italy and Spain, are taking advantage of this upturn just before US President Joe Biden’s visit to Europe. As well as Japan, a month and a half away from the Olympic Games, as well as Canada and Mexico, the two neighbors of the United States.

In all, nearly 60 countries that were hit by the maximum level 4 warning (“do not go there”) due to the health crisis are reduced to level 3 (“avoid going there if possible “), announced the American diplomacy in a statement. Twenty other states take them a notch down to level 2 or 1.

An official of the US State Department explained to AFP the relaxations with a “methodological change” in the analysis of the health risk for travelers carried out by the Centers for Disease Prevention and Control (CDC).

In April, the State Department announced that it would classify nearly 80% of the world’s countries at level 4, to harmonize its travel advisories with those of the CDC and better take into account the epidemiological risk.

Does this turnaround bode for a change of footing from Washington on the subject of American borders, closed to non-Americans and non-residents from the Schengen area, Ireland and the United Kingdom since March 2020?

It intervenes in any case when the European Union (EU) has decided to allow entry to American travelers vaccinated against Covid-19, but asks for reciprocity in the United States.

“We already welcome American tourists from the moment they are vaccinated, from the moment they have had the two doses and that we have waited for the 15-day deadline. I insist that we want reciprocity,” a said Monday the European Commissioner responsible for the Internal Market, Thierry Breton, promising to speak with the American authorities.

Beyond tourists, the closure of borders which, on the American side, also concerns China, Iran, Brazil, South Africa and India, has caused many personal tragedies, sometimes separating thousands of families. for more than a year.

Washington has so far always invoked “science” to justify maintaining this closure – especially when the vaccination campaign in the United States was well ahead of that of European countries. Recently, however, vaccination has also accelerated in the EU, where the number of coronavirus cases is down sharply.

And the relaxation of travel warnings suggests that “science” – in any case its representatives within the US administration – has downgraded the risk associated with Covid-19 in the event of travel in many countries, in particular Europeans.

The issue is expected to be raised by President Biden’s counterparts as he travels to the UK for the G7 summit and to Brussels for a meeting with EU leaders.

“We have heard very clearly the desire of our friends in Europe and the United Kingdom to be able to reopen transatlantic travel, and we also want that. But we must follow the science and the recommendations of our public health professionals,” assured White House National Security Advisor Jake Sullivan Monday. “So we are actively discussing with them to set the schedule.”

“The Biden administration realizes that as we approach the summit with the EU, it will have to deal with this file when it was not on the White House’s agenda, due to the European demand for reciprocity and pressure from airlines who want to see transatlantic traffic resume, “Célia Belin, political scientist at the Brookings Institution in Washington, told AFP last week, who called on the US president to make a” gesture last week strong “in this sense during his trip to Europe.