Presidential in Peru: Keiko Fujimori in the lead in the first partial result 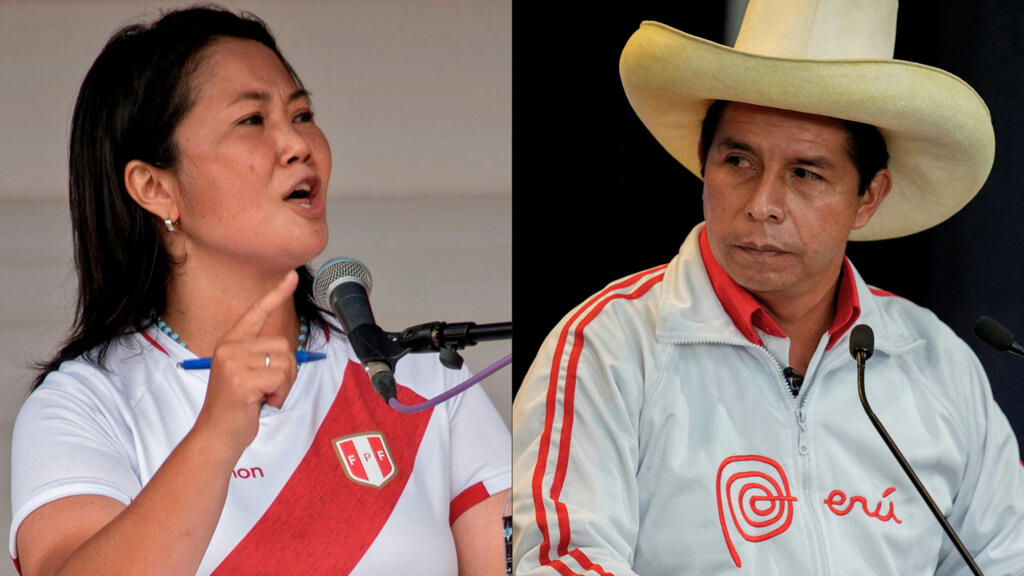 With 52.9% of the vote, the representative of the populist right Keiko Fujimori is ahead of the radical left candidate Pedro Castillo in the second round of the presidential election held on June 6. But these results are partial and the votes from the campaigns, favorable to Pedro Castillo, should tighten the trend in the coming days.

Populist right-wing candidate Keiko Fujimori leads the way in the first official partial result of the presidential election Sunday in Peru with 52.9% of the vote against 47.09% for his radical left rival Pedro Castillo, announced on Monday 7 June, the electoral body (ONPE) from a count covering 42% of the 86,488 polling stations.

Given the small gap between the two candidates, it is not certain that a trend will emerge before the final count which could take several days. The result is so tight that “we won’t know until the last ballot” stripped down, political scientist Jessica Smith told AFP. “It’s still very confusing, the difference is too small,” she added.

In the third country in South America by area (1.28 million km2), the 25 million voters called to the polls voted from villages in the Amazon jungle to the Andean highlands via the shores of the Pacific.

Pedro Castillo, a former schoolteacher from a village in the north of the country who insisted on his humble and provincial origins, enjoys the support of rural voters whose vote counts have not yet reached the capital.

“Our votes have not yet been counted,” he said in his rural stronghold in the northern region of Cajamarca, some 1,000 km north of Lima, where hundreds of supporters gathered in front. the local countryside in the city of Tacabamba.

During the ballot on Sunday, the two surprise winners of the first round on April 11, among 18 candidates, had assured that they would respect the verdict of the ballot box.

“We will be respectful” of the vote count, said the 51-year-old Castillo during his vote wearing the white hat typical of his home region. “Whatever the result, I will respect the popular will,” added Keiko Fujimori, 46, who voted in a district of the capital.

The daughter of ex-president Alberto Fujimori (1990-2000), who is serving a 25-year prison sentence for corruption and crimes against humanity, climbs for the third time in the second round, after two successive defeats in 2011 and 2016.

She did not recognize her defeat in the last presidential election won by ex-president Pedro Pablo Kuczynski, before admitting a “mistake”.

Torn between two extremes in which a majority found it difficult to recognize themselves, voters in a country where voting is compulsory were especially concerned by the alarming figures of the coronavirus epidemic which has already killed more than 184,000, causing of the Andean country the 5th most bereaved in the world.

Even if the two frankly antagonistic candidates have called for unity, the post-campaign may be difficult as each camp has fueled fears and divided the country.

The future president will have to take urgent measures to overcome the pandemic, the economic recession and the chronic institutional instability of the country whose GDP plunged by 11.12% in 2020.

He will have to deal with a fragmented Parliament, resulting from the legislative elections of April, and customary of alliances of circumstances which led to the dismissal of two presidents: Pedro Pablo Kuczynski in 2018 and his successor Martin Vizcarra in 2020.

The new president will take office on July 28, commemorating the bicentenary of Peru’s independence, and will replace interim president Francisco Sagasti who urged his compatriots to “scrupulously respect the will expressed at the ballot box”.

If won, Keiko Fujimori would become the first female president of Peru and the first in America to follow a family dynasty. If she loses, she will be prosecuted, the prosecution having requested 30 years in prison in a case of alleged bribes for which she has already spent 16 months in preventive detention.

She actively defends the current fundamental law which guarantees economic liberalism, promulgated in 1993 by her father to whom she intends to grant a presidential pardon.

One thought on “Presidential in Peru: Keiko Fujimori in the lead in the first partial result”