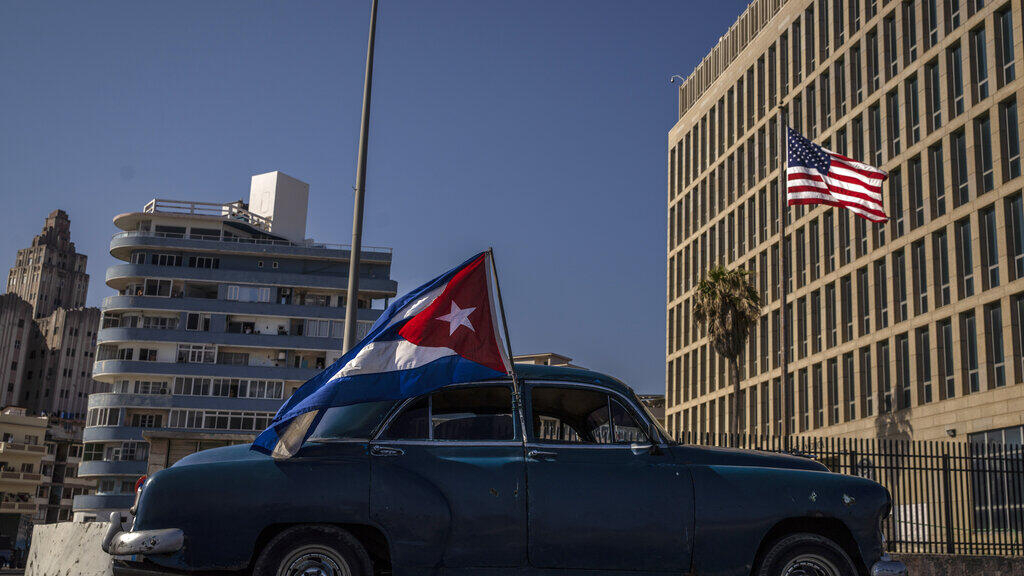 For some, they do not exist, but for others, more and more numerous, microwave weapons are at the origin of the Havana syndrome which has puzzled the United States for more than four years. . Asked by The Guardian, an expert associated with the investigation said Wednesday that Washington is now convinced that several states have developed such weapons.

They are weapons capable of inflicting damage to brain tissue from a distance using electromagnetic waves. And the United States is now convinced that several countries, “in recent years”, have developed them. This is what said James Giordano, a neurologist and biochemist at Georgetown University medical center who has been collaborating since 2016 in the American investigation into the origin of the famous Havana syndrome, interviewed by the British daily The Guardian, Wednesday June 2.

An affirmation which reinforces one of the main theses put forward to explain the symptoms from which, in the first place, employees of the American Embassy in Cuba four years ago.

Since then, more than 130 members of the American administration – diplomats, CIA agents, White House collaborators – have complained of similar ailments: nausea, dizziness, disorientation, vertigo or even severe migraines. Cases which, in addition to Havana, have been observed in China, Kyrgyzstan, Colombia, Austria, Moscow, London and even Washington.

The American authorities have never officially decided between the various explanations put forward: new microwave weapons, episodes of collective hysteria, exposure to toxic substances or even infectious diseases. TheAmerican Academy of Sciences however concluded in December 2020 that the microwave weapon hypothesis seemed the most credible, without commenting on the reality of such weapons.

What to give grist to the detractors of this thesis who indicate “that nothing proves that these weapons exist”, underlines Cheryl Rofer, a former chemist who worked at the laboratory of nuclear studies of Los Alamos, in a article published by Foreign Policy magazine in early May 2021.

If Washington really has been able to determine that certain nations have such an arsenal, as James Giordano asserts, that is a game-changer.

The United States and other Western countries have in fact officially abandoned the research they had undertaken on electromagnetic wave weapons at the end of the 1980s. This research was then part of a “fashion among the industrialists of weapons which proposed, after the fall of the Berlin Wall, weapons presented as non-lethal, “recalls Alexandre Vautravers, expert in security and armaments and editor-in-chief of the Swiss Military Review (RMS), contacted by France 24 .

A weapon for unscrupulous countries?

Waves don’t kill like bullets, and some manufacturers have claimed to be able to create microwave weapons capable of causing headaches, nausea, and other effects similar to those seen in Havana Syndrome victims. But “most of these projects have given nothing and, worse, we realized at the end of the 1990s that it was wrong to say that these weapons could not be lethal”, underlines the Swiss expert.

Difficult to know in advance the effect that a bombardment of waves can have on a person, knowing that the body of each individual can react differently according to the predispositions. There are too many uncertainties, so research in this area has been deemed ethically and legally too dubious.

Other countries may not have had the same qualms. This is what James Giordano suggests when he told the Guardian that the United States “has become certain that certain research in this field, carried out during the days of the Soviet Union, was continued by Russia and its satellite countries. “. He adds that China has also boarded the microwave weapons train.

Moscow has always denied having anything to do with Havana Syndrome, but in terms of know-how, the Russians “have always been strong in the field of electromagnetic waves”, recognizes Olivier Dujardin, researcher associated with the French Intelligence Research Center (CF2R) and electronic warfare expert, contacted by France 24.

The operation of such a directed energy weapon – this is the official denomination – is quite simple in theory. A device emits waves in very fast pulses on a specific frequency in a given direction using an antenna. It should not be a continuous flow, because otherwise these waves would burn the skin, which is not the desired effect.

They then infiltrate the body to damage the tissues of the nervous system. “The harmful effects on the body are known, and it is no coincidence that there are signs asking to keep a safe distance outside military radars,” notes Alexandre Vautravers.

Weapons difficult to produce but untraceable

But in practice, it is not an easy type of weapon to develop. You must first know on what frequency to emit these waves so that they can travel a certain distance and cross obstacles. For Olivier Dujardin, it cannot be above 40 Ghz because “beyond that, it does not propagate very well in the atmosphere”. He believes that it must even be less than 6 Ghz, because otherwise “the rate of penetration into the material is too low”. In other words, they might not pass through the walls of the American Embassy in Havana, for example.

We would therefore be in the same course as microwave ovens, Wifi and Wimax as well as the waves emitted by cell phones. “These are frequency ranges in which we are constantly bathed but at powers that are too low to be dangerous for the body,” explains Olivier Dujardin.

Also, to transform these waves into weapons, it is necessary to increase their power using generators. A potentially significant obstacle, because “we can quickly come across components that are very expensive and difficult to find”, estimates the researcher associated with the CF2R.

The final device, between the generator and the antenna, can turn out to be very bulky for operations which are supposed to be discreet. “The difficulty is to make it compact and portable”, confirms Olivier Dujardin. “If an adversary of the United States succeeded, it would make this theory of directed energy weapons all the more credible”, confirms the Guardian.

But finding concrete evidence may be difficult. Because these are weapons which “leave no trace, and are completely anonymous”, summarizes the specialist in electronic warfare. Unlike pistols or rifles, they do not offer the possibility of using any bullet casings forgotten at the scene of the misdeeds to trace back to the perpetrators of the attack.

The only way would be to catch him in the act. And to do this, Olivier Dujardin sees only one possibility: to install near all the places likely to be attacked sensors which can record “the whole spectrum of frequencies in search of possible anomalies”. Enough to give headaches not only to victims of Havana syndrome, but also to those who continue to search for its origin.