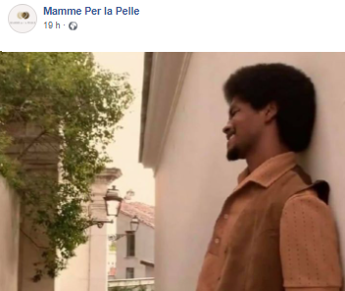 Seid Visin, former Milan and Benevento youth footballer, was found dead at home: he was 20 years old. In a letter, shared on the Facebook profile of the ‘Mamme per la Pelle’ association, he expressed his discomfort: “He could not bear all this pain and this racism. He took his own life – reads the post – This is a letter from him, from a few months ago, which we want to share with you not to cannibalize the news but to scream out loud that if we do not join in a real anti-racist struggle, our children will continue to suffer “. The letter “Faced with this particular socio-political scenario that hovers in Italy, I, as a black person, inevitably feel called into question. I am not an immigrant. I was adopted when I was little “, we read.” Before this great migratory flow I remember with a little arrogance that everyone loved me. Wherever I was, wherever I went, wherever I was, everyone turned to me with great joy, respect and curiosity. Now, however, this atmosphere of idyllic peace seems so distant; it seems that everything has mystically turned upside down, it seems to my eyes that winter has fallen with extreme impetuosity and vehemence, without warning, during a clear spring day. Now, wherever I go, wherever I am, wherever I am I feel on my shoulders, like a boulder, the weight of people’s skeptical, prejudiced, disgusted and frightened looks “, he writes again.” A few months ago I managed to find a job that I had to leave because too many people, mostly elderly, refused to be served by me and, as if that were not enough, as if I did not already feel uncomfortable, they also pointed to the responsibility of the fact that many young Italians (white) did not find work – we read – After this experience something has changed inside me: as if in my head some unconscious automatisms had been created and by means of which I appeared in public, in society different from what I really am; as if I was ashamed of being black, as if I was afraid of being mistaken for an immigrant, as if I had to prove to people, that they didn’t know me, that I was like them, that I was Italian, that I was white. “” Which, when I was with my friends, he took me to make jokes in bad taste about blacks and immigrants, even with a thundering air I said that I was racist towards blacks, as if to affirm, as if to emphasize that I was not one of them , that I was not an immigrant. The only thing dominating, however, the only thing understandable in my way of doing was fear. The fear of the hatred I saw in the eyes of the people towards immigrants, the fear of the contempt I felt in the mouth of the people, even from my relatives who constantly invoked Mussolini with melancholy and called ‘Captain Salvini’. The disappointment in seeing some friends (I don’t know if I can define them as such) that when they see me they sing the chorus ‘Casa Pound’ in unison “.” The other day, a friend, also adopted, told me that a little ‘some time ago while he was playing soccer happy and carefree with his friends, some ladies approached him saying:’ enjoy your time, because in a while they will come to get you to take you back to your country ‘. With these raw, bitter, sad, sometimes dramatic words of mine, I do not want to beg for commiseration or pain, but only to remind myself that the discomfort and suffering I am experiencing are a drop of water compared to the ocean of suffering that I am experiencing. those people of marked and vigorous dignity are living, who prefer to die rather than lead a life in misery and hell. Those people who risk their lives, and many have already lost it, just to smell, to savor, to taste the flavor of what we simply call ‘Life’ “.

1 thought on “Seid Visin commits suicide for racism, the letter: “Looks disgusted on me””