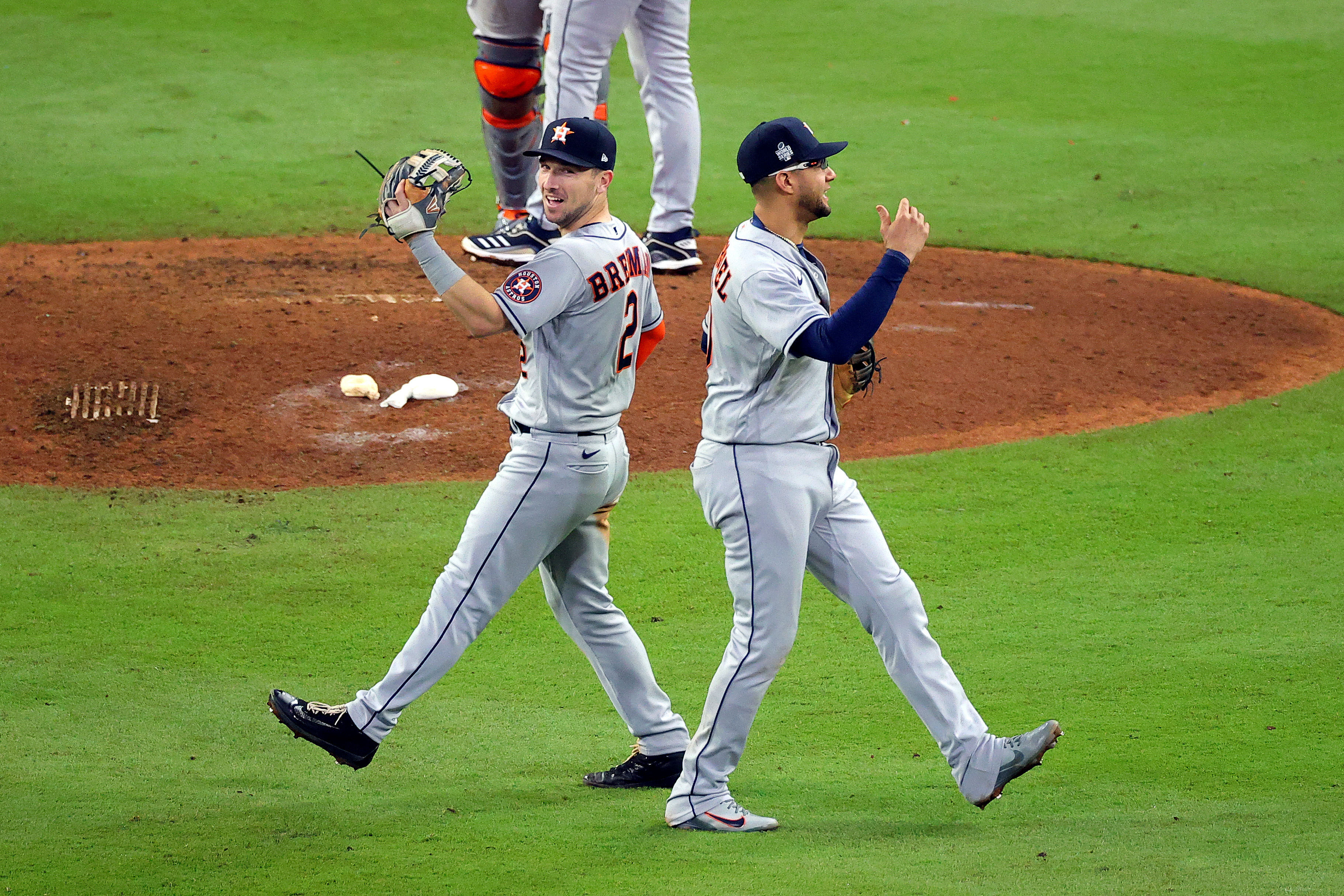 A very special Braves fan dreams of the title 3:44

(CNN) – With his team facing elimination, and that elusive first World Series championship once again seeming to slip away, veteran Houston manager Dusty Baker renewed his batting order. The result? Nine runs for the Astros, a critical victory in Game 5 and a series now returning to Texas.

Shortstop Carlos Correa moved up to third in the batting order, came in with three hits and a pair of RBIs, while first baseman Yuli Gurriel, who rose to fifth after hitting seventh in Game 4, had 3 own hits and scored two runs. On the night, the Astros scored a dozen hits, earning a 9-5 victory that, for now, extends their season.

The Braves, seeking their first championship in more than a quarter century, explosively opened the scoring with Adam Duvall’s first-inning Grand Slam. But the Astros quietly rallied and finally tied at 4 on a Gurriel ground ball in the top of the third.

Alex Bregman and Yuli Gurriel of the Houston Astros celebrate the team’s 9-5 victory over the Atlanta Braves in Game 5 of the World Series on October 31 in Atlanta. (Todd Kirkland / Getty Images)

Veteran first baseman Freddie Freeman would put the Braves in front in the bottom of the fourth, hitting a home run into the seats in right-center field. Freeman’s was the longest home run by any player in the 2021 postseason, but it also represented the last scoring play of the night for the home team. The Astros, however, were far from done.

Houston scored three times in the top of the fifth inning, highlighted by pinch-hitter Marwin Gonzalez’s 2-out, 2-run single that gave the Astros their first lead of the game, 7-5.

The Astros added a safe run in the seventh with the third RBI overnight by catcher Martín Maldonado, and one more in the eighth on a Correa single that gave second baseman José Altuve.

On the night, Houston used six pitchers, and the Astros bullpen kept Atlanta scoreless for the last six innings of the ball game.

It’s the Braves’ first loss at home this postseason, and if Atlanta wants to win the World Series, they’ll be forced to do so in enemy territory. Both Game 6 and, if necessary, Game 7 will be in Houston.

Now down 3-2, Houston is aiming to become the 15th team in MLB history to rebound from a 3-1 deficit and win a best-of-seven postseason series.

Game 6 is Tuesday night, with the first pitch scheduled for 8:09 PM ET.