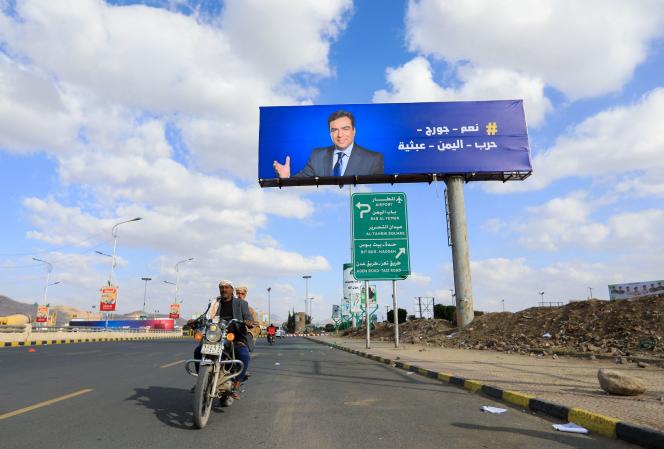 After the icy indifference, climbing. A major diplomatic and economic crisis opened with the adoption by Saudi Arabia, Friday, October 29, of a series of punitive measures against Lebanon. The kingdom was followed by Bahrain, its very close ally, then by Kuwait and the United Arab Emirates. Each of these countries ordered the expulsion of the Lebanese ambassador stationed on its territory, as well as the recall of its representative in Beirut. Riyadh, moreover, has blocked all imports from Lebanon: a painful decision for the country of the Cedar, in bankruptcy, and for which the kingdom is an important market.

Saudi Arabia justifies these sanctions by the remarks made against the war in Yemen by the Lebanese Minister of Information Georges Qordahi, when he did not occupy an official position. In a television interview, recorded in August for a program on the Qatari Al-Jazeera channel and broadcast on Monday, October 25, Mr. Qordahi described the Saudi bombings in Yemen as“Aggression”. He had denounced a “Absurd conflict” and defended the Iranian-backed Houthi rebels. Words that could only arouse the ire of Riyadh, but which appear as a pretext.

In statements to the media, Saudi Foreign Minister Faycal Ben Farhan was more explicit: Georges Qordahi’s comments are, according to him, “The symptom of a reality”, and relations with Lebanon are “Unsuccessful (…) because of Hezbollah’s hegemony on the local political scene ”. He also accused the Lebanese Shiite movement of arming the Houthi rebels in Yemen.

Read also Article reserved for our subscribers In Lebanon, the Gulf monarchies watch their friends as much as their enemies

However, neither the political orientations of the minister, nor the influence acquired by Hezbollah and its Iranian godfather in Lebanon constitute a novelty. Mr. Qordahi, a former figure in the Arab audiovisual landscape, worked on a Saudi channel, from which he was dismissed in 2011, because, he said, of his opinions – support for Bashar Al-Assad and Hezbollah.

As for the militia party, its rise in power on the local and regional scene dates back to 2015-2016, a crucial period which saw its ally, Michel Aoun, rise to the presidency of Lebanon and its fighters contribute to the rescue of the Assad regime in Syria. His Lebanese opponents, supported by Riyadh, had on the contrary made the bet of a change of power in Damascus.

New calamity for a country on its knees

The sudden stiffening of Riyadh therefore feeds many speculations. The coordination between the Gulf countries – only Oman and Qatar have not imitated Saudi Arabia – has it been prepared upstream? Did Riyadh choose to increase tension in Lebanon to strengthen its hand in the negotiation process with Tehran, which began several months ago in Baghdad? Is this a reaction to recent advances by Houthi rebels in Yemen? Or is Saudi Arabia coming to counter the alternative strategy of Jordan and Egypt, which are betting on a four-party energy deal – delivering gas and electricity to Lebanon via Syria – to bring these two countries back? in the Arab fold?

You have 46.33% of this article to read. The rest is for subscribers only.