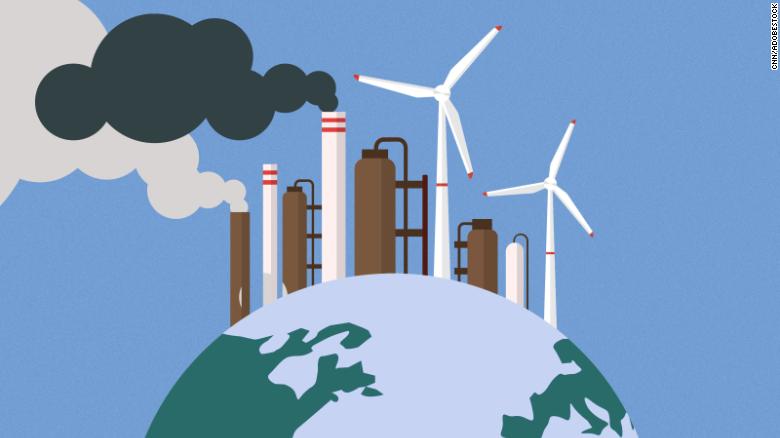 (CNN) – It was in the city of Glasgow that the Scottish engineer James Watt improved the operation of the steam engine and unknowingly started the Industrial Revolution. He could never have imagined that humans would burn so much coal, oil, and gas over the next two centuries that they would endanger the very climate that has allowed their existence.

More than 120 leaders will speak in the same city on Monday to begin the COP26 climate talks, where they will set the tone for two weeks of negotiations that may end with a plan to quickly decarbonize the planet, or make watery statements to delay what it shows. science is necessary, possibly putting it off until it’s too late. Climate leaders and experts call it the world’s last best chance to tackle the climate crisis.

UK Prime Minister Boris Johnson, whose government is hosting the talks, will warn on Monday that humanity has lagged behind on climate change.

“There is one minute to midnight and we have to act now,” he will say in an opening speech, according to statements sent to journalists.

“We need to move from talk, debate and discussion to concerted, real-world action on coal, cars, cash and trees. No more hopes, goals and aspirations, valuable as they are, but clear commitments. and concrete timetables for change. “

The G20 leaders’ meeting that ended in Rome on Sunday suggests that leaders are finally listening to the science, but still lack the political unity to make the ambitious decisions needed to face the moment.

COP26 brings together some 25,000 people for one of the biggest international events since the pandemic began, and it comes after a year of extreme weather conditions that claimed hundreds of lives in unexpected places that caught even climate scientists off guard.

The latest UN climate science report released in August made clear what needs to happen: limit global warming as close to 1.5 degrees Celsius above pre-industrial temperatures as possible to avoid worsening impacts. of the climate crisis. To do that, the world must cut emissions in half over the next decade and, by mid-century, reach zero, where greenhouse gas emissions are no more than the amount removed from the atmosphere.

All of this language was in the communiqué from the G20 leaders, including a recognition that to reach net zero by mid-century, many member countries will need to raise their emission reduction commitments, known as Nationally Determined Contributions (NDCs). , during this decade.

But its inability to put an end date to the use of coal, the biggest contributor to climate change, and to get all countries to firmly commit to net zero by 2050 (as opposed to 2060, such as China, Russia, and Saudi Arabia. has committed) shows that countries that use and produce fossil fuels still have a great influence on global climate agreements.

In fact, China’s long-awaited new issuance pledge unveiled last week was only a fraction higher than before. Russian Foreign Minister Sergey Lavrov said Sunday that he would not put a heavy hand on net zero by 2050. Australian Prime Minister Scott Morrison showed no interest in relegating coal to history. India has made no net zero promises and, as European lawmaker Bas Eickhout told CNN, it was one of the few nations against setting a date for the phase-out of coal.

Michael Mann, a leading scientist at Pennsylvania State University, said it is promising that leaders have recognized that they need to do more with emissions this decade, but the important thing is to make sure that all of the major emitters have plans that are consistent with keep heating below 1.5 degrees.

“And also a closing of the ‘implementation gap’, that is, the gap between what heads of state have nominally committed to and what they are actually doing,” Mann said.

Mann cautioned that COP26 should not be a summit of delaying tactics and said he was still hopeful that countries could agree to a phase-out of coal in talks, even if G20 leaders failed to agree on that point.

“The International Energy Agency itself, quite conservative, has said that there can be no new fossil fuel infrastructure if we want to avoid dangerous warming. And the G7 nations pledged to phase out coal and end support for new fuel projects. coal earlier this summer, “Mann said.

“We need to see similar commitments from the G20 countries, including an accelerated timetable for the phase-out of coal.”

The G20 statement pledged to end overseas coal financing by the end of this year. Chinese President Xi Jinping at the UN General Assembly in September announced the end of Chinese financing of international coal, removing the world’s largest financier of coal projects from the mix.

Helen Mountford, vice president for climate and economics at the World Resources Institute, said the current emissions deal and promises are not ambitious enough to avoid the most dangerous levels of warming and many are unlikely to get countries on their way. your own net zero plan.

“To keep the 1.5 ° C target within reach, countries must set climate targets for 2030 that chart a realistic path to meet these net zero commitments,” it said in a statement.

“Currently, several G20 countries are not on a credible trajectory to reach their net zero goals, including Australia, Russia, China, Saudi Arabia, Brazil and Turkey.”

‘This is not enough’

UN Secretary General António Guterres said on Sunday he was leaving Rome “with my hopes unfulfilled, but at least they are not buried.” He was hoping that Glasgow could still “keep the 1.5 degree goal alive”.

The requests and pending of Mexico at COP26 1:56

His comments reflect the mood of many at COP26. If the G20 couldn’t put an end date for coal and make a firm commitment to net zero, there is a feeling that getting everyone to join in on those key issues just won’t happen.

There is also a trust issue. The developed world promised more than a decade ago that it would transfer US $ 100 billion a year to the Global South to help it transition to low-carbon economies and adapt to the new world of the climate crisis.

That goal wasn’t met last year, and a COP26 presidency report released last week showed it wouldn’t be met until 2023, with current promises in hand.

Mohamed Nasheed, a former Maldivian president who leads the Climate Vulnerable Forum, lamented the lack of action in the G20 statement, particularly on the lack of carbon phase-out. The Maldives is a front-line nation in the climate crisis and is at risk of being submerged by rising sea levels at the turn of the century.

“This is a welcome start,” Nasheed said in a statement. “But it will not prevent the climate from warming more than 1.5 degrees and devastating large parts of the world, including the Maldives. And therefore, clearly, this is not enough.”

Net zero, phasing out carbon and meeting climate finance will remain a priority for negotiators. Other areas that could be successful include a deal to end and reverse deforestation by 2030 and the movement to accelerate the transition to electric vehicles globally.

Tom Burke, co-founder of the climate think tank E3G, was more optimistic, saying the G20 statement showed a shift in thinking among leaders on the urgency of the climate crisis.

“It sends it off to a better start than we expected. The political agreement reached at the G20 will create political momentum as leaders come together to start the COP.”