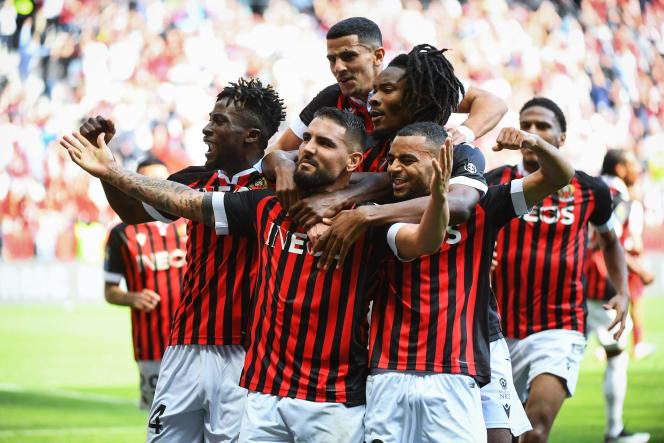 The French championship has a new runner-up behind Paris-Saint-Germain. While Racing Club de Lens conceded a defeat in Lyon, Saturday October 30, OGC Nice took the opportunity to pass him in front thanks to his victory snatched in the last moments Sunday afternoon in Angers.

And yet, it was Sofiane Boufal who had given the advantage to Angevins on penalty after half an hour of play. Like last weekend against Lyon, the Gym found themselves led 1-0 at the break. But as against Lyon, Christophe Galtier’s men found the resources to turn things around in added time in the second half.

The providential man is called Andy Delort. The former Montpellier first equalized with great success on a strike countered by Romain Thomas in the 57e. But his second goal in the 90e+1 owes nothing to luck: it is a clear volley that leaves no chance for Paul Bernardoni and gives victory to his team.

The double scorer of the day is talking about him again for his achievements on the field. A few weeks ago, Andy Delort had been at the heart of a controversy: the coach of Algeria, Djamel Belmadi, had strongly criticized him in press conference. The latter regretted the fact that the striker (born of an Algerian mother he had taken Algerian nationality in 2019) wishes to put his international career on hold for a year for the benefit of his club, and return for the World Cup in Qatar. to be held at the end of 2022.

“I will be 30 years old in two days and I am at a turning point in my career: I have just arrived in a club where the requirements and the competition are much higher, I want to put all the chances on my side”, was then justified Andy Delort in the columns of the sports daily The team.

Thanks to this 2-1 victory, its seventh in twelve days, Nice is eight lengths behind PSG.