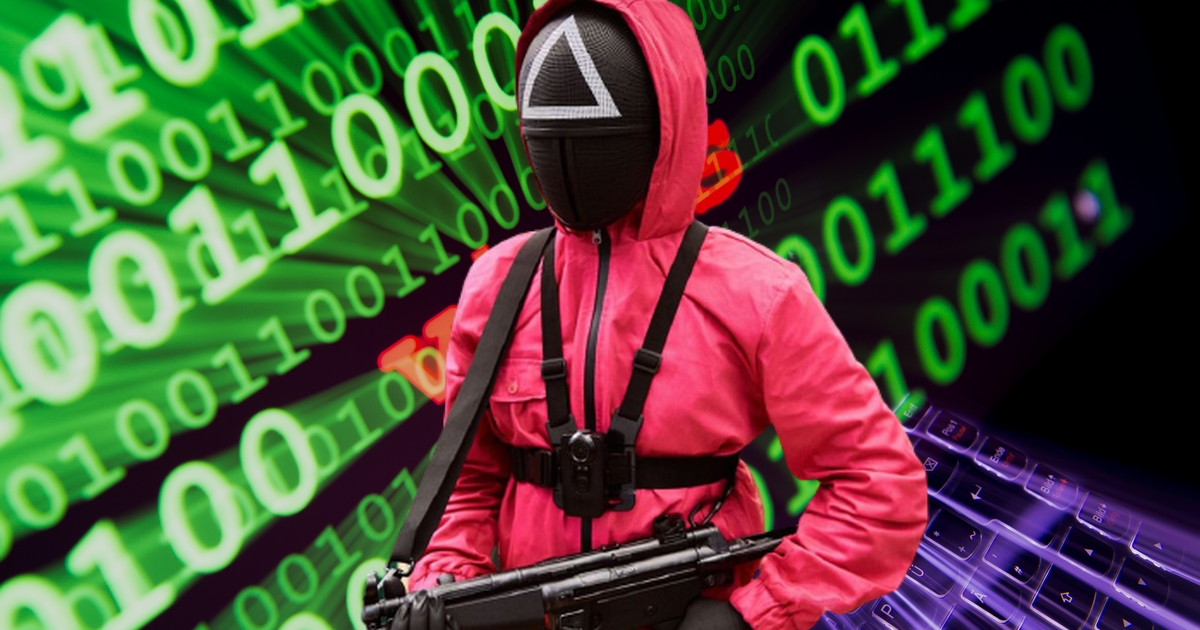 If there is a series which we must fear cosplay for Halloween, it’s good Squid Game. Series south korean was a monumental success, reaching the charts of netflix series the most watched of all time in just a month. Such success is also the door open to all harmful ideas what can the malicious people, because they have found a good way to use Squid Game for their dark designs.

For those who ignore it, Squid Game is a South Korean series of the genre Battle royale, which means that there is lots of characters at the start, and only one left at the end. They have to play various deadly games to reach the podium. With over 150 million Netflix subscribers having seen the series in less than a month, Halloween costume suppliers feared a shortage of costumes… which unfortunately ended up happening. The famous green sportswear of the participants as well as the red uniforms of the guards and especially the shoes have been out of stock for a long time. We told you more about it in an article that you can find right here.

Unfortunately for all those wishing to equip themselves in clothes of the series, we can only advise you to check the place where you buy your costume. Clever kids take the opportunity to create fake websites looking like online costume shops or drop shipping. These are only facades of which the goal is actually to steal the bank details of those who place orders on it. But this, unfortunately this is only the tip of the iceberg, since some malware hides itself and much better. They are hidden on some smartphone apps. Fortunately, these are regularly deleted by Google and Android as soon as they are marked as dangerous. However, we can only advise you to always be careful to check the origin of the site or products, the url of the latter as well as use a good anti-virus as well as a VPN.

We always say to be very careful while surfing the Internet with a computer, but we unfortunately forget that some phone apps are also dangerous. This is the case of one of them, named Squid Wallpaper 4K HD. The latter made it possible to generate malicious ad fraud as well as paid SMS subscriptions. Translation: if you allow the application to access your data, the latter can make you see ads without it having launched, or even automatically subscribe to certain services without your knowing. This known malware is called Joker, and we find it in very many sites and applications linked to Squid Game lately.

Finally, there is another form of fraudulent file that has been spotted. It is mails, spam, dealing with Squid Game and inviting you to go to a link. This may for example invite you to participate in the filming of the next season, to see a preview of the next episodes or to test a mobile game dedicated to the series. If you fall for the trap, a Trojan horse will then settle down and feed on your cookies. Anyway, if you want to buy a product around Squid Game, we can warn you that the collection of Funko Pop figures is available. If you want to get one quickly, you can go to this article here. Promise, this one is 100% protected.

1 thought on “Squid Game: hackers use Netflix series to steal your personal data”