Libyan funding: “Mimi” Marchand and a journalist from Paris Match in police custody 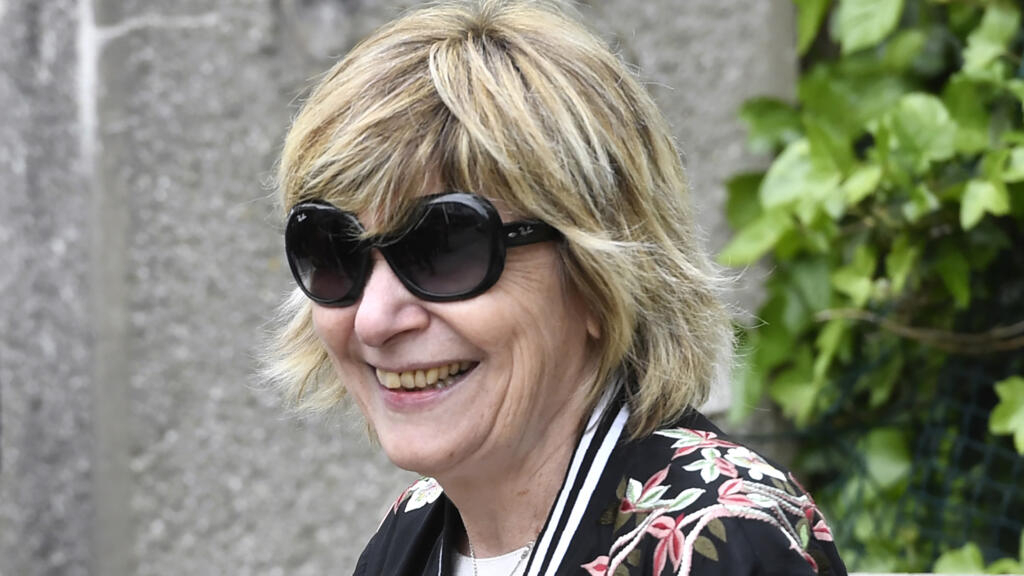 Communicator Michèle Marchand and journalist François de Labarre were taken into police custody on Thursday as part of an investigation for “witness bribery” and “criminal association” relating to an interview granted to Paris Match by Ziad Takieddine . The latter is a central figure in the Libyan financing of Nicolas Sarkozy’s campaign in 2007.

A new front in the case of the alleged Libyan financing of Nicolas Sarkozy’s presidential campaign in 2007: the paparazzi “popess”, Michèle Marchand, and a journalist from Paris Match were taken into police custody, Thursday, June 3, on suspicion of “witness tampering” concerning the intermediary Ziad Takieddine, that of the second ending in the evening.

The custody of Paris Match journalist François de Labarre “has been lifted,” his lawyer, Me Christophe Bigot, told AFP on Thursday evening. “Without any indictment or summons to the examining magistrate,” he said. That of the boss of BestImage, Michèle Marchand, nicknamed “Mimi”, has been extended by 24 hours, said a source familiar with the matter.

These two police custody began early Thursday morning in Nanterre at the Central Office for the Fight against Corruption and Financial and Tax Offenses (Oclciff), at the request of two Parisian financial investigating judges, said sources familiar with the matter. to AFP, confirming information from Mediapart.

This investigation relates to suspicions of “witness tampering” and “criminal association” relating to an interview given last November by Ziad Takieddine to a journalist from Paris Match, who had visited Lebanon with a photographer from BestImage, according to this report. source.

The homes of “Mimi” Marchand and François de Labarre were searched on Thursday, according to sources familiar with the matter. The coercive measure targeting the journalist had aroused the indignation of the editor of the weekly, Constance Benqué, who had denounced an “arrest contrary to all democratic principles”, while the secretary general of Reporters Without Borders, Christophe Deloire, had mentioned “a deplorable judicial process, obviously disproportionate”.

In the November interview at the heart of this new investigation, which was also the subject of a video broadcast on BFMTV, Ziad Takieddine had withdrawn his accusations against the former head of state. “Mr. Sarkozy did not have Libyan funding for the presidential campaign, nor Mr. Gaddafi could do it because he never did,” he said in particular.

“The truth is out”, had immediately triumphed the former head of state (2007-2012), before granting two days later a rare interview to BFMTV by saying his “anger” to have been “dragged into the mud”.

Ziad Takieddine’s interview was published shortly after his imprisonment in Lebanon as part of legal proceedings against him. The daily Liberation had mentioned in March movements of suspicious funds, evoking possible negotiations on the sidelines of the interview. According to Mediapart, it is “this procedure which revealed underground negotiations with Mr. Takieddine aimed at obtaining his retraction in the Libyan case”.

Two months later, questioned on January 14 in Beirut by examining magistrates Aude Buresi and Marc Sommerer in charge of the Libyan case, the intermediary, known for his versatility, declared that he did not “confirm the words “maintenance. While confirming the verbatim from the videos, Ziad Takieddine thus claimed in this interrogation, unveiled by AFP, that his comments in November had been “distorted” by Paris Match, which “belongs to a friend of Sarkozy”. The weekly is owned by the Lagardère group, of which Nicolas Sarkozy is a member of the supervisory board.

Before the magistrates, in January, Ziad Takieddine therefore returned to his first version, according to which the 2007 presidential campaign of Nicolas Sarkozy had received the contribution of Libyan funds. While insisting that he had nothing to do with it. Shortly after the interview in Paris Match and BFMTV, the national financial prosecutor Jean-François Bohnert had underlined in a press release that the indictments of Nicolas Sarkozy in this investigation, entrusted to judges in 2013, were not based only on the statements of Ziad Takieddine.

Since then, the investigation has continued. On April 13, Claude Guéant, the ex-right arm of Nicolas Sarkozy, thus saw his indictment for “passive corruption”, pronounced in September 2018, extended to new suspicions around a valuable watch that would have him was offered by another key suspect in the case, the intermediary Alexandre Djouhri, in exchange for “interventions in his favor” with EADS (now Airbus Group) and the Ministry of the Budget concerning a tax debt of one of its companies.

One thought on “Libyan funding: “Mimi” Marchand and a journalist from Paris Match in police custody”