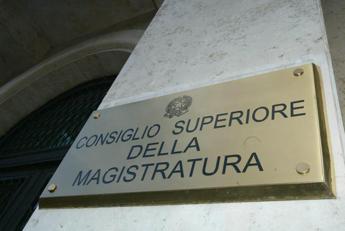 “Davigo today is more or less in the same situation as me, a person informed of the facts. For him the theorem of ‘cannot not know’ should apply. In the ‘Corriere della Sera’ Buccini writes that I ‘niche’. No, the truth is that the Milan Pool was certain that I could not ‘not know’ what had happened in relation to things of which, as it turned out, I knew nothing. So why should I have said things that I did not know? the other, what interests me most is to understand when, how and by whom Buccini learns that the famous schiavettoni were not imposed by the Pool or perhaps by Davigo himself. He writes ‘not by Davigo’s will’. Excusatio non petita “This was told to AdnKronos by the lawyer Enzo Carra, former spokesman of Arnaldo Forlani, commenting on an article published today in the ‘Corriere della Sera’ signed by Goffredo Buccini, in which we read that Davigo (heard in Rome as a witness in the context of the matter relating to the minutes of the lawyer Amara), “sa benis I remember how uncomfortable that position is, in which (unlike the suspect) the person informed about the facts has no right to lie, having had the Forlani spokesman, Enzo Carra, arrested for this very reason, on March 4 28 years ago, who was niche on the Enimont maxi-gun not wanting to choke his boss and was then subjected (not by Davigo’s will) to the humiliation of a handcuffed passage between photographers and cameras ”. For Carra, what is happening around the CSM and the judiciary, “is really bad, because we all depend on justice and we need justice and a judiciary. That was another thing, a page that has now passed that has had all its effects, which in part were even right, because that there were episodes, as always there have been, even after, of corruption and also of crime in the politics, this is unfortunately a recurring fact. That was a kind of ‘revolution’, let’s take it as such, it had its effects and posterity will judge. My book should be out soon and we will also talk about that story ”. But, adds Carra, “a crisis in the judiciary of this magnitude is unprecedented, because it is not a question of a person, it is not a question of the ‘Hungary’ lodge. From Palamara’s book onwards we have learned of gruesome things. Creepy for Italian citizens, because everyone needs justice, and for what Europe asks of us, which wants faster justice. But if instead of thinking about justice we think about the judges, it is a bit different “. Immediately after Carra underlines to the Adnkronos:” I read that these highly confidential reports have been passed, I read that perhaps it is even a crime, but in any case, if it is not, it certainly is something that should not be done. I understand that there may be an attempt in this to illuminate areas of the judiciary on which Davigo and others obviously have something to object to, but if they want to object to this, let them say so. There would be so many ways. If it was a reason to say that the Milan prosecutor is not doing well on a particular investigation, perhaps there were also simpler ways. Davigo always talks on television, he always goes to Formigli, he could go there and say that something is happening in Milan. Choosing this other path, on the other hand, is not a crossroads but an obscure one, in my opinion it was a damage for everyone and in the end also for Davigo ”. “I understand that, poor fellow – continues Carra -, being a person who has judged the whole world, once he is not judged … that all in all he is treated well by the newspapers, because everyone in the past needed his prophecies, its remarks and its condemnations. In short, Davigo is an important character and therefore we understand that he has been preserved, even today. From what has been published in the newspapers it seems to me there are important profiles, but it seems to me that no one wants to harm them. But I don’t want them harm either, I just think they should ask themselves if sometimes they too, like many other Italians, have not done evil in the country. Because then it is not certain that this way of acting does not have repercussions on public opinion and therefore also on the behavior of Italians. “So, adds Carra,” it is not a question of the delegitimization of the magistrates, as Ermini says to me, no one delegitimizes the magistrates, no one delegitimizes anyone, indeed, everyone wants justice, so I don’t think the problem is delegitimation, but it seems to me that this continuous, clandestine conflict between magistrates really disturbs public opinion. Among other things, the reasons are also elusive. Because if they told us perhaps we would be even more relaxed, but I did not understand why these two magistrates who exchanged the minutes had problems with the Milan prosecutor’s office. I understand the Ambrosian rite – concludes Carra -, however, I mean, Greco seems to me an excellent magistrate, never drawn from controversy, so please explain to us why Greco and the Milan prosecutor’s office are not online. But with whom? What’s the line? If they explained it to us it would be a step forward. So I instead see a bad continuation of things we have already read in the newspapers and books. It is not a good time for them ”. by Luca Rocca