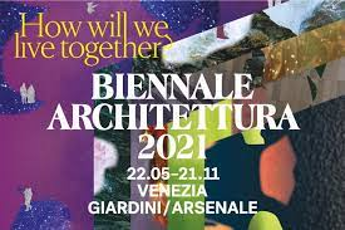 “The numbers are constantly updated: at the moment, for the three days of the pre-opening, 7,000 people have been booked, of which 2,500 from abroad; 1,100 journalists from all over the world, 500 Italians and 600 foreigners have registered; 9,000 tickets have been purchased, even if success cannot be judged solely by the numbers, which obviously depend on the conditions in which one can move even if the trend appears positive. But these are already very important numbers “. Roberto Cicutto, president of the Venice Biennale, highlights this, presenting the data relating to the Architecture Exhibition to be held from May 22nd to November 21st. “Those who come to visit the Architecture Exhibition will be able to do so in absolute safety”, Cicutto guarantees, recalling that “the experience made last year with the Mostra del Cinema has taught a lot and we have refined some procedures. Even if some sacrifices will be required, the public will be happy to have been there “, he assures. “After the Architecture Exhibition, the Theater Festival will begin in July followed by Dance and from September 1 the Cinema and from September 14 the Music”. Participations amounted to 112 with 96% of the architectural firms present for the first time and with 12 under 35 and 55 under 40. The European presence counts 55 participants of which 2 from Italy, 43 are Americans of which 29 from the USA, 7 Africans, 12 Asians, 5 Arabs. There will be 17 collateral events in various places in the city of Venice. The support, among others, of the Ministry of Culture, the Veneto Region, the Municipality of Venice, the Navy was guaranteed, while all the sponsors were confirmed. “A lost year but, in a certain sense, also a year gained”, that marked by the pandemic for Covid, according to the Lebanese Hashim Sarkis curator of the Architecture Exhibition for the Venice Biennale. “The changes in the logistical organization will remain – he observes – Once the critical phase is overcome, a new normal will exist”. Taking up the title of the exhibition – ‘How will we live together?’ or ‘How will we live together?’ – “poses an open question, addressing it on a large scale, with overlapping thematic groups: from habitat to the human body, from the environment to climate change, as architecture is a transversal art by its nature”, underlines Hashim Sarkis, before donating to the Venice Biennale, through its president Roberto Cicutto, some seeds of cedar from Lebanon, with a program of ‘adoption’ of the tree-symbol.