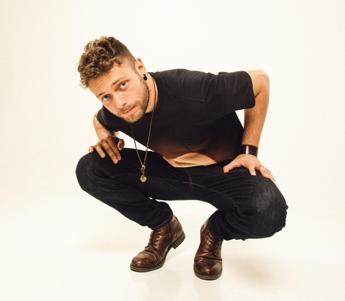 Ludovico Tersigni will be the new host of X Factor, the Sky shooter produced by Fremantle, expected in September on Sky and NOW. Romano, 25, Ludovico Tersigni – who collects the legacy of Alessandro Cattelan – is among the protagonists of Skam Italia, a true generational phenomenon that revolutionized the teen series genre and kept thousands of fans glued to the screens for four seasons. Acting but also music, of which he is a great lover: in addition to knowing and listening to it, he plays bass and guitar and has a band whose name he has never revealed. he divided between music and theater. In 2014 he played the role of Ludovico in Diego Bianchi’s film, aka Zoro, Arance and Martello, presented during the 71st Venice International Film Festival. Following this, he was in the cinema in 2016 in the cast of L’estate addosso, a film written and directed by Gabriele Muccino, and the following year he starred in Slam – All for a girl, film – directed by Andrea Molaioli and presented at Torino Film Festival – which earned him the Biraghi Award, awarded to the Nastri d’Argento in Taormina, every year, to young revelations of Italian cinema; starred in the short film Aggrappati a me by Luca Arcidiacono.Tersigni is among the protagonists of the first two seasons of the series Everything can happen directed by Lucio Pellegrini and since 2019 he is among the faces of the Summertime series. In addition to this, he paints and is very sporty (he practices sailing, surfing, climbing and skate). The name of the new conductor is the first piece of the mosaic of X Factor 2021 that is being composed in these weeks. An edition that has one goal from the first day of work: to look up. Put back to the center everything that has been put aside in recent months, put yourself at the side of a generation, the “Generation Z”, who need not only to give voice but also to restore trust. And Ludovico Tersigni is one of the most representative faces: on his absolute debut in television conduction, Ludovico arrives there as a young talent called to accompany other talents, often peers, on the stage of X Factor. “In the choice of the new conductor of X Factor. , we decided to let ourselves be guided by two cornerstones of Sky’s history: the search for talent and the constant desire to test ourselves. With Ludovico we are convinced that we have found a new meeting point between these two elements: a talent that encompasses himself the authenticity, the freshness, the creative fervor of his twenties and the will – his, but also ours – to take on a challenge on a new territory, with a new story. We are happy to have Ludovico with us, and we can’t wait to welcome him on the stage of X Factor 2021, which will now be also, and above all, his stage “, says Antonella d’Errico, Executive Vice President Programming Sky Italia.” We welcome Ludovico in the X Factor family. He will have the very difficult task of replacing Alessandro Cattelan, who for ten years was the face and identity of the program. I was struck by many things about him, but most of all the curiosity and motivation with which he decided to undertake this new chapter of his artistic career, veering without any hesitation with respect to a path already very well underway “, says Gabriele Immirzi, CEO of Fremantle. “X Factor needs his enthusiasm, his passion, his energy and his willingness to take risks. I’m sure it will be a healthy shock for the audience, but also for us who make the program. And we are delighted that he accepted this challenge “.