This “walking meatloaf,” which is a mollusk called a chiton, has a rare mineral in its teeth. 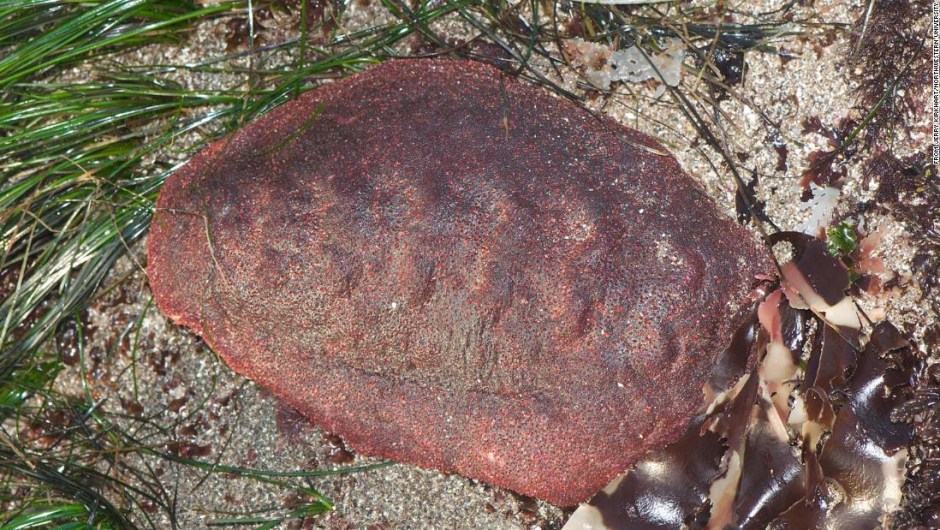 (CNN) – A rare iron mineral was first discovered in the teeth of a living organism, which is nicknamed “walking meatloaf.”

And although it sounds like a name from the musician Meat Loaf’s tour, this research refers to a large mollusk called a chiton. The mollusk, also known as Cryptochiton stelleri, received its nickname because it is large, reddish-brown in color, and also shaped like a meatloaf leaking out of the pan.

It also lives on rocky shores. This type is the largest chiton in the world and can measure up to 33 centimeters.

The researchers were surprised to find santabarbaraite in the tooth of the mollusk, since it had previously only been found in rocks.

Chitons need hard teeth because they essentially chew on rocks to scrape off algae and other food substances. Your teeth are one of the hardest materials in nature and are attached to a flexible tongue-like structure called a radula.

This image shows the development process of a chiton radula. (Photo: Northwestern University)

Moreover, the new research is helping scientists understand how chiton teeth can survive the wear and tear of their nutritional needs, which could allow them to develop a 3D printer ink that can create an ultra-hard and durable material.

The study was published Monday in the journal Proceedings of the National Academy of Sciences.

“This mineral has only been observed in geological samples in very minute quantities and has never before been seen in a biological context,” Derk Joester, lead author of the study and associate professor of Materials Science and Engineering at the School of Science, said in a statement. McCormick Engineering from Northwestern University.

The mineral ‘has a high water content, which makes it strong with low density. We think this could harden the teeth without adding a lot of weight, “he added.

Using multiple analysis methods at Argonne National Laboratory’s Advanced Photon Source and Northwestern University’s Center for Atomic and Nanoscale Experimentation and Characterization, both in Illinois, the researchers found the mineral in the chiton’s upper stylet. In this mollusk, the stylet connects the tooth with the radula.

“The stylet is like the root of a human tooth, connecting the cusp of our tooth with the jaw,” said Joester. “It is a resistant material composed of extremely small nanoparticles in a fibrous matrix made of biomacromolecules, similar to the bones in our body.”

Taking inspiration from this material, Joester and his research group wanted to recreate it as ink for 3D printing. Ink includes iron and phosphate mixed into a natural substance produced by chiton. When the ink dries, it creates a stiff material.

“We’ve been fascinated by chiton for a long time,” Joester noted. “The mechanical structures are only as good as their weakest link, so it is interesting to know how the chiton solves the engineering problem of how to connect your ultra-hard tooth to an underlying soft structure.”

“This is still a major challenge in modern manufacturing, so we looked at organisms like chiton to understand how this is done in nature, which has taken a couple hundred million years to develop,” he added.

One thought on “This “walking meatloaf,” which is a mollusk called a chiton, has a rare mineral in its teeth.”