Furiani drama: no more professional football matches will be played on May 5 – archyworldys 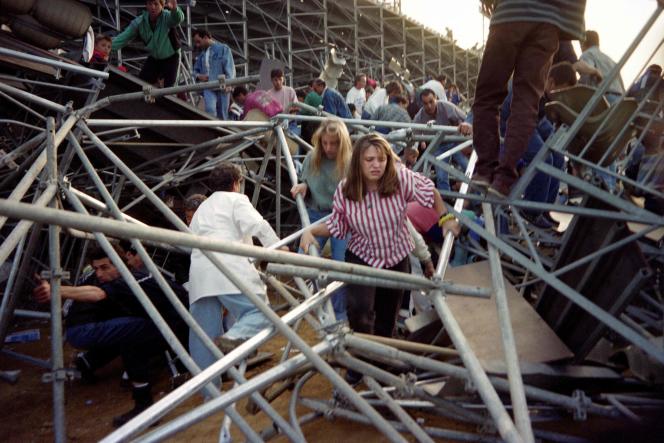 Twenty-nine years after the Furiani stadium disaster, which left nineteen dead on May 5, 1992, the collective of victims’ families wins, despite the reluctance of the League and the Football Federation. Thursday, October 14, Parliament definitively adopted a bill which provides that no professional football match will be played on May 5 in France.

The Senate voted by show of hands, without modifications, the text carried by the Corsican deputy Michel Castellani (Liberties and territories), which had adopted the National Assembly in February 2020. The bill was placed on the agenda of the Senate as part of a parliamentary “niche” reserved for the environmental group, which includes the senator from Haute-Corse, Paul-Toussaint Parigi.

Although the bill is supported by the government, Minister Roxana Maracineanu, traveling alongside President Emmanuel Macron, was not present, which senators regretted. The minister in charge of the city Nadia Hai for her part clarified that the text does not include sanctions, because the sports ministry “Works with football authorities” so that the freeze on matches is respected.

For amateur football, the text provides for the organization of a minute of silence and the wearing of a black armband on May 5.

For more than twenty-five years, the collective of victims and their families have been calling for the ban of matches on May 5, in the face of the reluctance of the League and the Federation, hampered in the organization of their competitions.

That day, in 1992, the upper part of a temporary stand at the Furiani stadium collapsed before the kickoff of the Coupe de France semi-final between Bastia and Olympique de Marseille. Nineteen people were killed and more than 2,300 people were injured.

One thought on “Furiani drama: no more professional football matches will be played on May 5 – archyworldys”