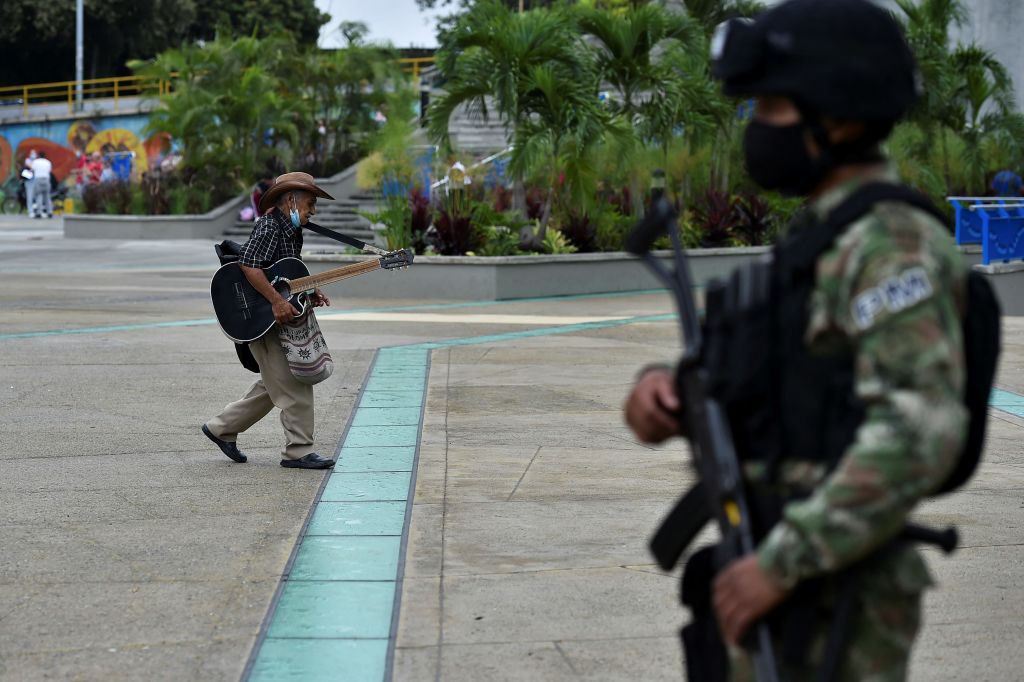 (CNN Spanish) – The National Unemployment Committee of Colombia said this Sunday that the government sent “observations and adjustments” to a preliminary agreement they had reached on guarantees for the protest, for which it warned that it will call for more mobilizations.

“With the ‘adjustments’ the government intends for us to start the discussion again, it raises crucial issues on which we had an agreement, such as demilitarization and the non-use of military assistance for the protest, the autonomy of the local authorities in the management of the protests, the non-use of firearms in the protests, the exceptionality and limits for the intervention of the Esmad (Mobile Anti-riot Squad)… among others, ”the Committee explained in a statement.

“It is not about adjustments in the drafting, as they had announced, it is about undoing the pre-agreement reached and thereby closing any possibility of negotiation,” he added.

The Committee also condemned “the escalation of military and police measures,” considering that they “aggravate the already very delicate human rights situation,” and assured that “a policy of war against the National Strike has been imposed.”

He also indicated in the statement that “the National Strike continues”, and that for this reason they will call for “the largest, most organized and peaceful mobilizations” in their history.

On Friday, the president of Colombia, Iván Duque, ordered the “maximum deployment of military assistance” for the Police in Cali and Valle del Cauca, and announced that some 7,000 military personnel would help in unblocking roads. On Saturday, he announced similar measures for the city of Popayán.

Until this Sunday, the government had not ruled on the Committee’s statement. CNN has contacted the government to find out its position on this statement, and has not received a response so far.

At least 47 people died in Colombia between April 28 and May 28 in the framework of the national strike, the Ministry of Defense reported this Saturday, adding that the balance was constructed with information from the Attorney General’s Office and from the National Police.

The count of the non-governmental organization Indepaz reports that in the same period, “65 people have been murdered” in the context of the demonstrations for the national strike have been registered.

With information from Fernando Ramos