US Open: Japanese Naomi Osaka, in tears after her elimination, announces that she will “take a break” – franceinfo

Tears of distress and a break that is needed: Naomi Osaka, plagued by recurring anxiety problems, cracked at a press conference at the US Open, after her elimination in the third round, announcing a break for some time. “I think I’ll take a break for a while”, said the Japanese defending champion after her surprise loss to 18-year-old Canadian Laylah Fernandez 7-5, 6-7 (2/7), 6-4.

“How do I say that? I feel like lately when I win I don’t feel happy. I feel more like relief. And then when I lose I feel very sad. don’t think that’s normal. I didn’t really feel like crying, but actually I feel like … “, she had previously confided after a question from a Japanese journalist. On which tears rose, which she wiped away and tried to suppress. In vain.

The moderator then announced the end of the press conference, but Osaka interrupted him: “I would like to finish, sorry”. Struggling to articulate, she continued: “I feel like… Hmm, it’s very hard to express. Actually, I feel like I’m at this point where I’m trying to figure out what I want to do, and honestly I don’t know when i’m going to play my next tennis match “.

Apologizing again, she tried to hide the fact that she was breaking down in tears, put on her anti-Covid mask and stood up, ending an extremely difficult streak, which recalled that of two weeks ago at the Cincinnati tournament where she had also cracked this way.

An hour earlier, on Arthur Ashe court, the one who was aiming for a third New York coronation in four years was still holding her match in hand. Leading 7-5, 6-5 serve to follow, she was unboxed by committing big unforced errors. And she collapsed, repeating gross mistakes, throwing her racket in spite on the ground twice.

“I’m so sorry for this. I was telling myself to stay calm, but I feel like I’m seething. Recently I’ve been feeling very anxious when things don’t go the way I want them to,” she explained. Was it a temper tantrum? “You can see it. I was kind of like a child.”

With a set everywhere, the world number 3, prostrate in her chair between the changes of sides, towel on the head covering her face, has never been able to get back into her match. And she bowed 7-5, 6-7 (2/7), 6-4.

Osaka, which had bypassed Wimbledon in July, had arrived without too many benchmarks in New York, after a summer on hard which had so far amounted to two lost knockouts: at the Tokyo Games, where she had lit the Olympic cauldron and admitted having cracked under the pressure, being a big favorite at home, and at Cincinnati. 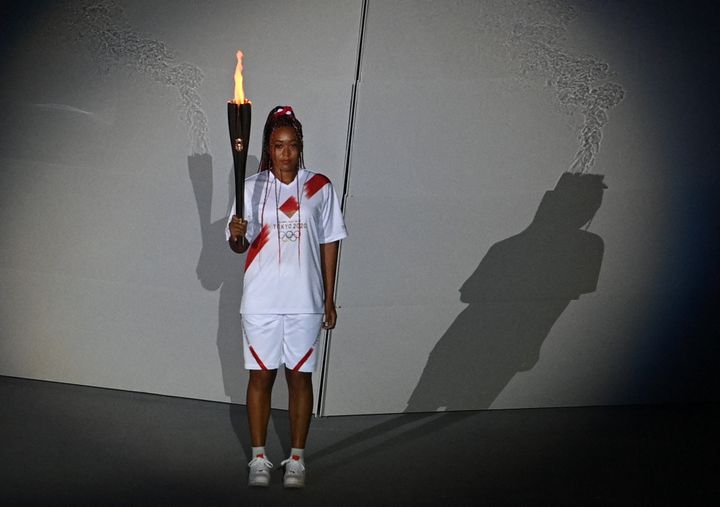 Osaka thus seemed next to her tennis and this was verified again at Flushing Meadows, three months after her resounding withdrawal before the second round of Roland Garros, where she had created controversy by refusing to answer questions from the media. What earned him to be financially sanctioned. The 23-year-old then revealed to have anxiety problems, marked by “several depressive episodes”, in a message on Twitter, a social network where she is very present.

A new “episode”, in mondovision this one, in full heart of a Major tournament, occurred Friday. “I don’t really know why it’s happening like this now”, at one point even questioned Osaka, haggard. “We are all faced with certain things, and I know that I am confronted with certain things.” With tennis far from making her happy, the prospect of her defending her Australian Open title early next year seems unlikely at this point.

Previous articleRomanian family novelty in detail. No diesel, seven seats and the arrival of the hybrid – HNonline.sk
Next articleFacebook algorithm mistakes black people for monkeys

This is how Salman Rushdie's condition is reported after attack 0:40 (CNN) -- Nearly 10 years after he was...

Zapping Foot National Top 10 of the winners of the Coupe de France New signature to come on the...

Two Iberia planes at the Adolfo Suárez Madrid-Barajas airport, on August 12, 2022, in...

CURRENT: A rockslide occurred under Strečno. Cars are damaged – iMeteo.sk

This morning there was a rockslide under Strečno. Rocks fell on the road and damaged several cars. ...

Russia is in favor of a visit by the International Atomic Energy Agency (Aiea) to the Zaporizhzhia plant but...

Codacons against Orietta Berti: “He does hidden advertising on the web”

Codacons, and in particular the Permanent Observatory for advertising set up by the Association, sent an application to Agcm,...

This is how Salman Rushdie's condition is reported after...
World

Zapping Foot National Top 10 of the winners of...
World

CURRENT: A rockslide occurred under Strečno. Cars are damaged – iMeteo.sk

This morning there was a rockslide under Strečno. ...