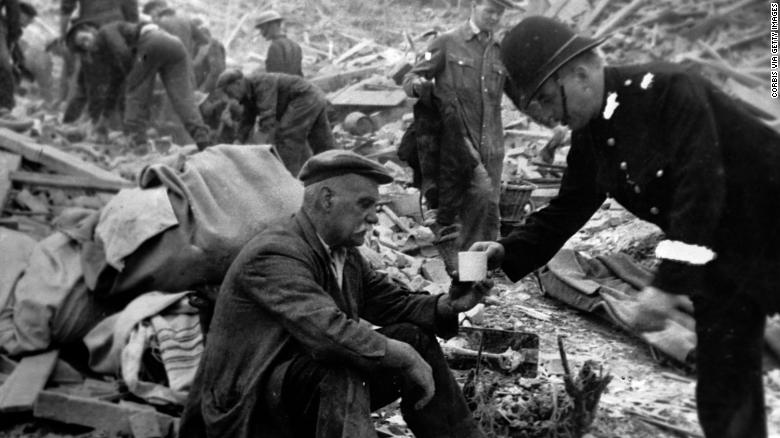 You could be consuming millions of microplastics every time you drink tea 0:26

(CNN) – For centuries, tea has been used for much more than quenching thirst. All over the world, people drink it to relax, revitalize and calm down, and it is something we need now more than ever.

In the UK, where tea drinkers drink 100 million cups every day, according to the UK Tea Advisory Panel, the drink remains part of the national psyche, despite the growing preference for lattes, espressos and flat whites. The feeling that a restorative cup of tea makes everything better is still true.

With tea consumption growing around the world, the United Nations designated May 21 as the International Tea Day.

Even in the United States, long a coffee-dominated country, tea consumption is growing in popularity, with people consuming 0.4 kg (14 ounces) per year compared to 0.36 kg (12.7 ounces). ) in 2007 according the United Nations, with people turning away from soda, milk and fruit drinks.

Scientists are beginning to look at how tea might affect mood and cognition. Specifically, they are investigating whether the alerting and relaxing effects are a direct biological result of the compounds in tea, or whether they come from the context in which the beverage is consumed: making your drink, choosing your favorite cup, and sitting down for a short breath. of the world. Or both.

Green and black tea come from the same plant: Camellia sinensis. However, green tea is processed in a different way, resulting in higher levels of some of the compounds that scientists believe have positive effects on our mental health.

A British policeman delivers tea to a victim amid the ravages of a World War II bomb.

Drinking green tea has been found to improve brain function in healthy people, said Stefan Borgwardt, chairman and director of the Department of Psychiatry and Psychotherapy at the University of Lübeck, Germany.

In a 2014 study, he gave green tea extracts equivalent to one or two cups of green tea to 12 healthy volunteers and took pictures of their brains to analyze changes in connectivity within certain brain regions.

“We noticed increased connectivity in brain regions associated with working memory,” he said by email.

And one 2017 review of more than 100 studies of which he co-authored found that green tea can affect the brain in three ways: it can influence psychopathological symptoms, such as reducing anxiety; in cognition, by benefiting memory and attention; and in brain function, specifically memory.

That review concluded that it “would be desirable” for more Westerners to consume at least 100 milliliters (3.3 fluid ounces) of green tea each day “to protect neurocognitive function.”

However, Borgwardt cautioned that the effects are not large, and the current evidence is provided primarily by small-scale studies.

What is less clear is which compounds found in tea are responsible for various improvements in our brain power and whether they work alone or together.

The most important are antioxidants such as epigallocatechin gallate (EGCG), the most abundant, followed by L-theanine, an amino acid found in tea leaves and caffeine.

Borgwardt said the benefits are probably not the consequence of a single component, but are linked to the presence of caffeine and L-theanine.

There are also suggestions that the tea might improve symptoms of depression, dementia, and Down syndrome.

A study, conducted in South Korea in 2018, found that frequent green tea drinkers were 21% less likely to develop depression throughout their lives than those who did not drink. However, as an observational study, it could not establish cause and effect, only association.

Borgwardt said that animal studies have suggested that there are changes in the gray matter of the brain and, potentially, these effects of the tea could be used to attack psychiatric illnesses such as depression and dementia.

But he noted that the research was at a very early stage, and that experimental studies should be confirmed by larger clinical trials before drawing conclusions.

READ: 5 Signs Your Coronavirus Anxiety Has Become Serious And Threatens Your Mental Health And What To Do About It

Tea also has some benefits for our physical health: it is related to a longer life, lower blood pressure, and it can also have a fat-eliminating effect.

Gunter Kuhnle, Associate Professor in the Department of Food and Nutritional Sciences at the University of Reading, UK, investigates the benefits of flavanols, which are found in tea, cocoa, and some fruits.

He said one of the problems with evaluating the benefits of tea and its beneficial compounds is that the studies reporting the effects are often observational, relying on subjective self-report and the impact of how food is prepared and consumed.

We need better data to really assess the benefits of tea on our mental and physical well-being, with many differences in how it is consumed in different countries, Kuhnle said.

However, with the exception of green tea supplements, which have been linked to liver damage, and boiling hot tea, which has been linked to esophageal cancer, there is no real downside to a cup of tea, Kuhnle said. . As a German living in the UK, you have embraced tradition.

‘I think most people thrive on rituals. It’s kind of comforting. If there is something wrong, then you need a cup of tea.

– This note was initially published in 2020, but has been updated.

1 thought on “International tea day: why drinking tea could help in a crisis”