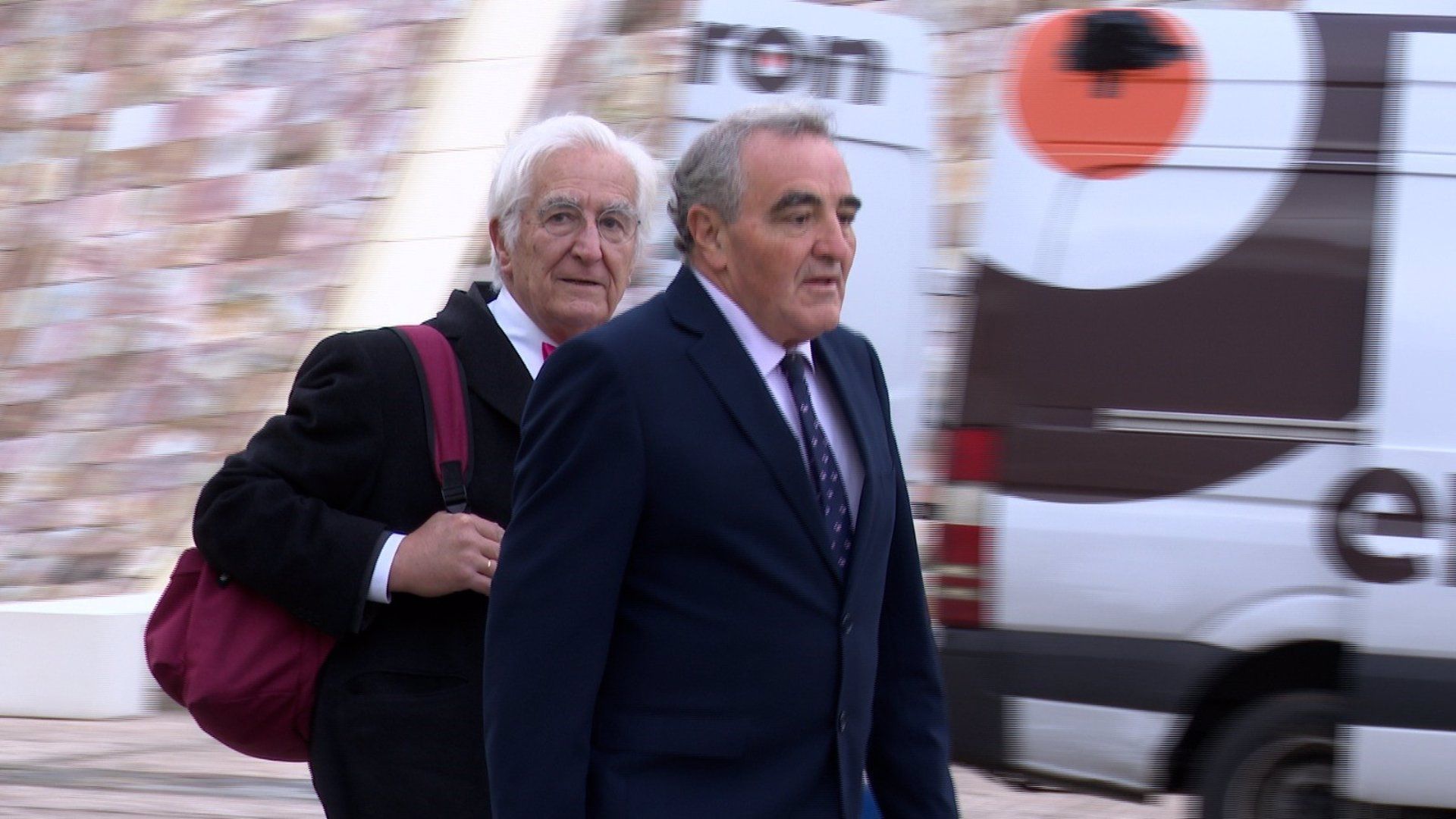 Two technologists from the temporary union of companies (UTE) that supplied the ERTMS system on the line where the Alvia train accident occurred in July 2013 – with 80 deaths and 145 injuries – have stated that, with it installed throughout the route, the train “would have braked” before the curve and that the change of project meant a decrease in safety. In the trial for this railway accident, this Tuesday the worker Natalia de la Torre, from the company Thales which, together with Siemens, was in charge of deploying the ERTMS on the track on the Ourense-Santiago line. This technique has affirmed that, if this speed control system had been installed on the entire line, also in the area prior to the Angrois curve, the train “would have braked” before the derailment occurred. Jorge Iglesias, director of the laboratory of railway interoperability of the Center for Studies and Experimentation of Public Works (Cedex), organically attached to the Ministry of Transport, sees “clear” that Adif should have analyzed what the disconnection of the ERTMS security system meant, since this decision increased by ” a million times” the risk. Something that he had already denounced in the investigation commission created in the Congress of Deputies to try to determine the causes of the tragedy. Iglesias has insisted that a risk analysis should have been carried out before adopting this measure. “Who?” asked the lawyer for the victims’ platform, who proposed him as a witness: “As far as I understand, the direction of traffic safety,” he replied. The person who was the head of that address, Andrés Cortabitarte, sits on the defendants’ bench together with driver Francisco Garzón for 80 alleged crimes of homicide and 145 of injuries, due to serious professional negligence, precisely in relation to the risk analysis of the Ourense-Santiago line. “It would have passed at 80 km/h” When asked by a lawyer about what he believes was the cause of the accident, Jorge Iglesias has stated emphatically that “first to eliminate it”, the ERTMS, in the “zone” of the derailment “and then disconnect it” from the train, since the convoy was made to circulate “around that curve without any supervision of a system that was projected”. If the ERTMS was activated, he has drawn attention, “the train had gone through that curve at a speed of 80 kilometers per hour or less”. Meanwhile, with Asfa, “the train driver has to decide when to start braking” and on the track “there were not even signs” that functioned as a “visual reference”. The ERTMS was eliminated from the last kilometers of the line layout, where the curve of A Grandeira, while the system on board the train was disconnected due to interference at the request of the Renfe security department, according to what a Bombardier worker said on Tuesday, without prior consultation or attending to the corrective measures that were they proposed later. “The Asfa system is a million times less secure” In his opinion, “it cannot be admitted in any way” that risk mitigation is “transferring it to a human being”. In the interrogation of the state attorney, who represents Adif, this ERTMS expert, who directs a reference laboratory attached to the ministry, has insisted that Asfa is a system “a million times less secure” and that “not even can be classified as a security system”. “Is it communicated to Europe and approved by Europe?”, He has asked him. “As far as I know, no. One thing is that class B systems communicate and another thing is that the evaluation has not been done by the European agency,” the witness replied. He then recalled that he has been asking for “years” to transition to ERTMS” on the lines that are still with Asfa, but the maximum year set by Europe, he has recognized, is 2030. That is why he has lamented and has shown his concern that “nine years have already passed” since the incident ” and it continues with the Asfa in many lines”. The state attorney has shown his surprise that “only one person” warned of the danger of the curve, the chief train driver José Ramón Iglesias Mazaira, while Jorge Iglesias has remarked that this warning that “he communicated in Renfe should have reached Adif.” At this time, the judge has alluded to what “everyone” knows “after all”. “If it was something so obvious, so much risk, so little covered the ‘Asfa’ and others… How come nobody said it except that mail from Mazaira”, she has stressed. “I cannot answer that question, Your Honor”, she has answered, to which the head of the criminal court number 2 of Santiago has added that “that is the crux of the legal issue that affects us”. “Today we all agree that there was a very serious safety problem. I do this analysis a posteriori”, recognized Jorge Iglesias. Iglesias has stressed that the transition from ERTMS to Asfa did not have to have been implemented at the point where it was – -just before the curve- and that could have been done after the Compostela station. With ERTMS you can “never” drive with excess speed since “if that speed is exceeded, it applies the brake”, so “not at all” it can be compared to Asfa. In this regard, he recalled that the ERTMS has a risk of failure “every 1,000 million hours”, however “Asfa often leaves the driver responsible for driving and the human factor does not have that failure rate”. Specifically, he has pointed to a failure “every 10,000 hours or every thousand hours”, which is “what is estimated”. to, immediately afterwards, insist that it was “perfectly possible” to deploy the first throughout the line. In fact, he has specified that “he knows that the original project arrived at the changer that was after the Santiago station.” In this regard, he has pointed out that the ERTMS “covers many stations”, among which he has mentioned Chamartín, Valencia, Barcelona Sants and Málaga. “The ideal is for ERTMS to cover the station because it is a safer system”, he stressed.