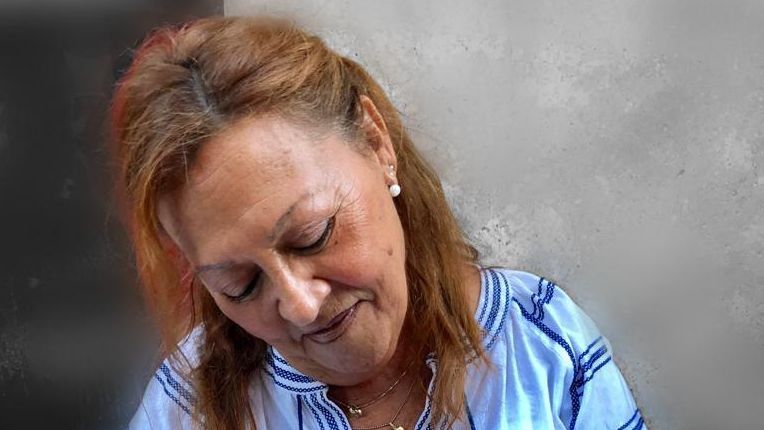 Rocío has no words to describe the feeling of rage and impotence that she carries inside. On November 3, her 70-year-old mother died in a private hospital in Seville from metastatic perforated colon cancer. A disease that she, despite her symptoms for years, had not been diagnosed with. The reason, according to her daughter, “the recurring pretext that she was a mental health patient.” María de los Ángeles arrived at the center dying, dehydrated, delusional and with hardly any voice. Since the beginning of August, her excruciating pain had intensified and kept her bedridden. “She was screaming for help, she was dripping with sweat, she was shaking,” recalls her daughter. She couldn’t eat either and she had lost more than 20 kilos in just one month. But her pilgrimage through more than five public and private health hospitals and dozens of visits to different specialists were of no use to her. Analgesic and for home. “She even tried to take her own life from the incapacitating pain she suffered,” laments her daughter. “They told us that she did it to attract attention” Rocío cannot forget how, on more than one occasion, looking into her eyes, the doctors told her They have said that her mother did it to attract attention and that she exaggerated. “And while she was crying and lying in an emergency room with an indescribably painful cancer that was devouring her,” she laments about her. Her family never doubted her. “Absolutely, I know her and I knew that something was wrong with her,” she insists, but her determination to find her cause has not prevented her mother from dying for years without being cared for. She “she has suffered denigrating and humiliating treatment with a false diagnosis of dementia to which they clung when she screamed in pain asking for help.” A hypothesis that, however, did not help her to be considered a patient of extreme priority in Mental Health: “My mother has not been able to fight. They have not let her fight cancer, ”repeats her daughter. When the diagnosis arrived, her metastasis had already caused multiple organ failure. “In the first analysis, very high tumor markers appeared. In the first cranial CT: metastatic spots in the brain; Abdominal CT: perforated metastatic colon cancer. She had suffered a heart attack that she had not even complained about, ”she laments. The kidney failure caused by the metastasis produced uremic encephalopathy that distorted her perception and ability to express herself or relate in her last days. “They have humiliated and vexed her, clinging to the reviled and ignored trick of mental health. They took away her dignity from her, “criticizes her daughter.” They have not let her fight “Rocío only has the consolation that in her last hours, she regained her lucidity and was able to say goodbye to her . “She was my mother again. She told me that she loved me very much, that she wanted to come home with me. We kissed and hugged each other,” she relates through tears. After months of ordeal, María de los Ángeles died clinging to the hand of her daughter. “She knew from the beginning. She told me: I have cancer, you’ll see.” But nobody wanted to believe her. Now, her daughter wants to make the case public and denounce the helplessness they have suffered. “My mother has not been allowed to fight. I am going to do it for her and for her dignity,” she points out. If this is enough for a single mental health patient to be heard, she says, she will be satisfied. Her mother’s right to receive care that would alleviate her pain can no longer be recovered. Neither does she.