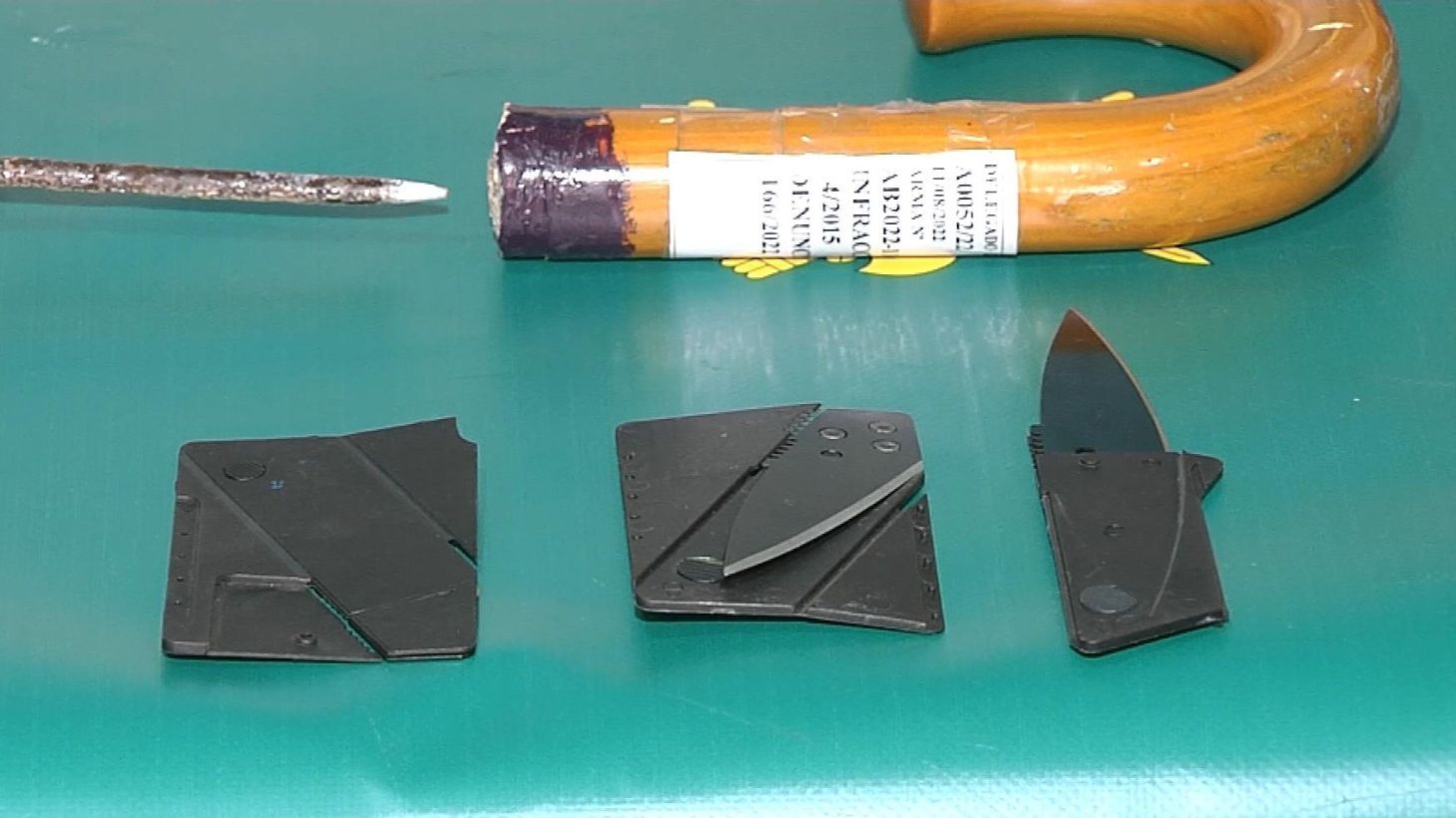 Utensil seized from a man at an auction in BarcelonaCivil GuardTheir price is low but they are very dangerous for physical integrity Their use is illegal according to the weapons regulations, recalls the armed institute on their social networksIt is an offense against the Citizen Security Law and the fines range between 600 and 30,000 euros. On the outside it looks like a credit card but when opened it contains a knife. It is advertised on the internet as a camping knife, fruit cutting tool, or home and garden tool. Its price ranges between €1.5, if purchased on Chinese pages or even €0.16 if the order exceeds 6,000 units. They can also be purchased in Mexico for €3 or €4 in Argentina. The Civil Guard warns that carrying it is illegal. Two days ago, the armed institute published a video on its Tik Tok profile, which has already achieved more than a million and a half visits, 55,000 likes and has been shared by more than 3,000 users. From there it jumped to Twitter, where it has also had a great impact. In particular, that weapon had been seized last February in Barcelona. It was carried by a man trying to gain access to an auction, hidden in his wallet. The casing is made of black plastic and inside there is a sheet of steel about 6 centimeters long and 1.5 millimeters thick. The whole set does not exceed 20 grams in weight. It can be neatly stowed in a pocket or hidden under clothing out of sight. Especially dangerous for physical integrity These weapons that are hidden under the guise of legal objects are considered instruments that are especially dangerous for the physical integrity of people, since they can cause serious or fatal injuries if they hit a vital organ. Therefore they are prohibited according to the weapons regulations. Possession in a public space constitutes a serious offense against the Citizen Security Law. The penalty can range from 600 to 30,000 euros. Last week the Benemérita published another video on Tik Tok in which an agent showed a cane that had a hidden pistol in the handle to fire hunting cartridges or on the 10th, another that concealed the barrel of a shotgun, lethal if hits at close range.