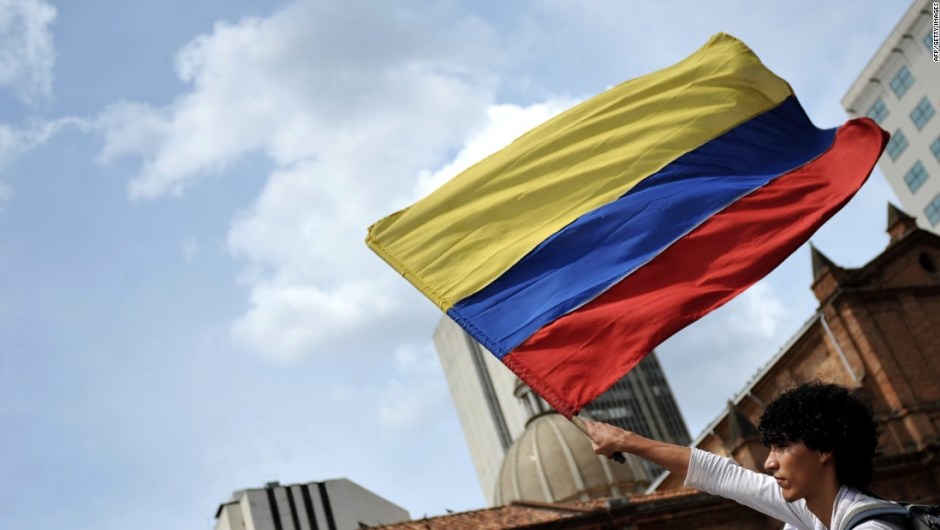 Editor’s note: Roberto Rave is a political scientist with a specialization and postgraduate degree in International Business and Foreign Trade from the Externado de Colombia University and Columbia University in the United States. He also has studies in Administration from the IESE University of Spain and is a candidate for the Master of Business Administration from the University of Miami. He is a columnist for the Colombian economic daily La República. He was chosen by the International Republican Institute as one of the 40 most influential young leaders on the continent. He was an advisor to the Congress of the Republic of Colombia in 2016 and to the Mayor’s Office of Medellín in 2018, as well as founder of the Libertank Thought Center. Follow him on Twitter. The opinions expressed in this column are solely those of the author.

(CNN Spanish) – It is a complex task to write about the situation in my country today. Hopelessness, negativism, frustration, polarization, violence and anger have taken over Colombia. Today we face an almost general crisis of anguish, a crisis also of information (or rather of misinformation), a void of proactive and close leaders who understand the circumstances that many citizens live. In the end, we are faced with a game between pessimism, disappointment, hatred, resentment and resentment, against hope, the opportunity to be purposeful and to change reality.

Convened by the president of the Central Unitary of Workers of Colombia (CUT) Francisco Maltés Tello, and by the Colombian Federation of Education Workers (Fecode) On April 28, the national strike against the tax reform proposed by President Iván Duque began. Today there is no longer that reform for which some Colombians mobilized. The government withdrew it on May 2 while a round of dialogues began to build a new proposal.

Even so, the strike continues with new demands, while crime infiltrates peaceful marches, as the Defense Minister has pointed out, to create more chaos and increase hunger caused by the social crisis of the pandemic, while the Public force is cornered and stunned by errors and excesses of some of its members.

President Iván Duque said that there are currently 65 accusations against the military and police for suspicions of having committed crimes in the framework of the protests. Some human rights organizations have denounced violent repression by the authorities.

A day of unemployment generates immense losses to the merchants. On the other hand, more than 500,000 micro-businesses have closed due to covid-19, without forgetting that small and medium-sized companies represent more than 90% of the business fabric in Colombia.

The closures and destruction caused by the marches are added to the economic pandemic, in addition to the roadblocks that have a health system dying because they prevent the mobilization of the 45% of the fleet that transports medical oxygen urgently required in all hospitals.

The blockades also affect the entry of food to the cities. In Cali alone there are “45 million eggs and 5,000 tons of chicken dammed in the department, and 16,000 tons of concentrated feed blocked four days ago,” Esteban Piedrahita, president of the Cali Chamber of Commerce, told the newspaper La República. May 1st.

Analyzing what is happening today in Colombia requires thinking globally, because the protests and acts experienced today are added to what happened in the United States with the Black Lives Matter movement, or in France with the demonstration of the “yellow vests” or in Chile and Ecuador. That is why I dare to quote a worldwide reflection of the philosopher Martha C. Nussbaum in her book “Nonprofit: why democracy needs the humanities”:

“Drastic changes are taking place in what democratic societies teach their young people, but these are changes that have not yet undergone an in-depth analysis. Thirsty for money, nation states and their education systems are inadvertently discarding certain skills that are necessary to keep democracy alive. If this trend continues, nations around the world will shortly produce entire generations of utilitarian machines rather than upright citizens with the ability to think for themselves, have a critical eye on traditions, and understand the importance of achievements and achievements. sufferings of others. The future of democracy on a global scale is hanging by a thread ”.

It is true that in Colombia there are 3.6 million Colombians who entered poverty last year as a result of the great economic crisis created by covid-19.

But it is also true that Colombia is a country of momentous advances. For example, in 1995 the number of people protected by the health system in the country reached 29.2% and by 2018 it already reached 97.78% of the population, life expectancy increased from 73 years in 2002 to 77 years in 2019.

The Internet, which arrived in Colombia in 1995, has been democratized at a great speed and today the country is among the first in Latin America in terms of Internet penetration: more than 50% are connected.

The pandemic could affect these advances, but history shows us that if we were able to advance with the terror of the mafias and Pablo Escobar, if we took steps forward as a country with drug trafficking and a strengthened guerrilla, we could march on the path of social development and economical during this pandemic. The increase of a panic that forgets the advances of Colombia can produce the flight of companies and capital to other countries that provide more stability for the generation of employment and the production of wealth.

We compare ourselves all the time with what we would like Colombia to be, but we forget where we come from, we forget what we have achieved and built over time. In Colombia we forget having overcome the time when several of our cities were on the list of the most violent in the world, we forget the victory over fear at a time when kidnappings were the daily bread, we forgot the international news who recommended not to invest or visit our country, we forgot that we went from carrying food and products on the back of a mule to having an acceptable infrastructure so that services reach all corners of the country. This selective amnesia prevents us from building on reality and leads us to destroy through longings and frustrations.

Not everything is wrong as some leaders in Colombia claim, but it is true that we must improve in many aspects as a country, forcefully and quickly. Reducing corruption, increasing educational quality and promoting employment and the creation of more businesses and enterprises is the way. This is achieved with a united Colombia, not divided by hate speech and hopelessness.

1 thought on “OPINION | Today’s Colombia must be united”