Alarm around the Czech city: A police helicopter searches for a bear – NEW TIME

A police helicopter searches the area around the town of Brandýs nad Labem-Stará Boleslav in the district of Praha-východ, where they saw a bear on Sunday morning.

Other patrols are also helping, the Novinky.cz server informed on Sunday. “We received a report that a smaller bear should have been seen in Stará Boleslav in the Houštka area. A police helicopter is flying on the spot and the area is being searched, “police spokesman Pavel Truxa told the News.

The warning was also issued by the town of Brandýs nad Labem-Stará Boleslav. “It probably won’t be a joke. According to the announcement of the Police of the Czech Republic, a bear cub was seen in the Houštka Forest Park today around noon, “ The city said on its Facebook and warned citizens to avoid the forest park, which houses the athletic stadium, inline track and leisure area.

Patrols around Stará Boleslav, including a police helicopter, are looking for a bear. For the third time in a short time. According to the witness, he was seen near the village of Houšťky, saying that he was probably a youngster. If you have any information that might help, please contact 158. Thank you. #policiestc

Municipalities near the town of Brandýs nad Labem-Stará Boleslav last informed about the bear on Friday. He allegedly saw him between the villages of Čečelice and Konětopy. The mayor of the village of Dřísy, Ivana Frajová, told the news on Friday that the information about the bear came from a hunter who was supposed to see it and informed the police in the town of Kostelec nad Labem. She then asked the municipalities to pass on preventive information to the citizens.

Hunters published information about the bear in mid-December, noting that the bear may move in the forests around the town of Brandýs nad Labem-Stará Boleslav. 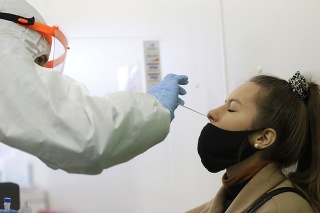 Previous articleCovid today Liguria, 4,393 infections and 4 deaths: bulletin January 16
Next articleAccording to Kaliňák, Bödör is innocent: Smer is preparing a criminal complaint against Hamran! We do not overdo it with referendums – Topky.sk

The new INPS digital services on your smartphone

8:43 If Mélenchon becomes Prime Minister, his first measure will be "the blocking of the prices of basic necessities"...

Despite losing twice, Canada has beaten Kazakhstan 6: 3. Dylan Cozens won the hat-trick, and in addition to...

For several days, the Spanish sports media have reviewed...
World