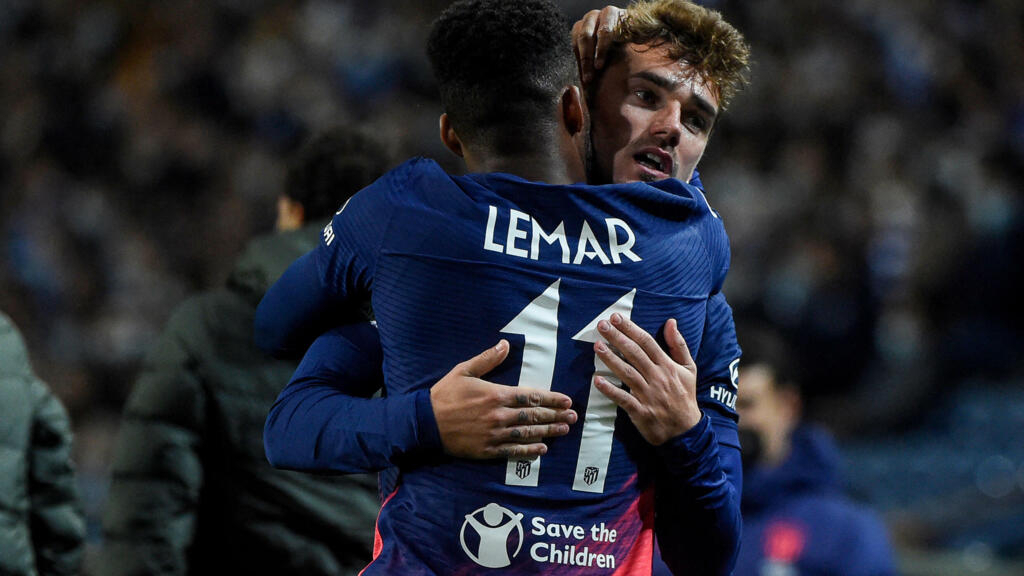 In the evening of all dangers for the residents of Group B, Atlético Madrid finally qualified on Tuesday at the expense of their evening opponent Porto (3-1) and AC Milan, beaten by an untouchable Liverpool.

Atlético Madrid stood on the brink of an abyss ahead of this game on Tuesday, December 7. And Diego Simeone’s team successfully stepped over it thanks to their success in Porto (3-1), combined with the victory of Liverpool in Milan (1-2).

Group B: Griezmann and Atlético emerge from chaos

Incorrigible Atlético: in an electric duel punctuated by a red card on both sides, the Madrid club composted its ticket for the eighth by styling Porto, beaten 3-1 on its lawn, and AC Milan , defeated 2-1 by an already qualified Liverpool team.

The three-way match turned to the advantage of the “Colchoneros” thanks to the parades of the Madrid goalkeeper Jan Oblak and thanks to Griezmann, scorer of a not very academic recovery at the reception of a corner (56th) then passer for Angel Correa (90th) before the goal of the K.-O. by Rodrigo De Paul (90th + 2), in which the Frenchman is still involved.

But the meeting at the Dragon stadium will have breathed the jitters and the tension to the end, with the deserved exclusions of Yannick Carrasco (67th) then Wendell (70th) for two moods, and the start of a general fight.

It is cruel for Milan, seven-time winner of the C1, who briefly glimpsed the qualification by leading in the score but was overthrown at home by Mohamed Salah (36th) and Divock Origi (55th). Liverpool come full circle in this group stage (6 matches, 6 wins) and Porto will play C3.

In Pool C, nothing was at stake on Tuesday but that did not stop Sébastien Haller: scorer on penalty against Sporting Portugal (4-2), the Ivorian international center of Ajax Amsterdam scored his 10th goal this season in C1.

Here is Haller alone at the top of the scorers classification ahead of the Polish Robert Lewandowski (9 goals). And since Ajax, who signed a clear round in his group, had already qualified for the eighth, like Sporting, the Franco-Ivorian will have the opportunity to increase his loot in February …

In the other meeting, Dortmund crushed Besiktas for the honor (5-0), including a double from the returning Erling Haaland. Borussia will be transferred to the Europa League.

Leader in La Liga, solid in the Champions League, Carlo Ancelotti’s Real Madrid is rolling out! After a complicated start on the European scene, the Madrilenians ended the group stage with convincing success at home, their 9th in all competitions, thanks to two very nice goals.

Madrilenians as Milanese having already qualified for the round of 16, the only stake of this meeting was the fight for the first place of the group. And it was Real who consolidated their rank at the Santiago-Bernabeu stadium.

Guaranteed to be in the eighth before this last group day, PSG regained some of its vanished brilliance during a non-stakeholder match against Club Bruges, with two doubles signed Kylian Mbappé (2nd, 7th) and Lionel Messi ( 38th, 76th from the penalty spot).

It is a glimmer of hope for the coach Mauricio Pochettino, much criticized recently for his inability to shine his multiple stars and deprived for several weeks of injured Neymar.

At the Parc des Princes, the Messi-Mbappé duo made the Belgian defense dizzy and too bad if Bruges took advantage of a certain defensive relaxation in the second half to reduce the score by Mats Rits (68th).

“We had a complete performance, it was much better. We can still improve but today we have taken a small step forward,” savored Mbappé at the microphone of Canal +, making an appointment in February for the eighths.

By then, there will be the draw scheduled for Monday (12 p.m.) in Nyon, where Manchester City will also appear, who were already assured of the first place in the group (12 pts) ahead of PSG (11 pts) despite his 2-1 loss to Leipzig on Tuesday. The German club finished third and will be transferred to the Europa League.

1 thought on “Champions League: Atlético is doing to the detriment of Porto and Milan and goes to 8th”