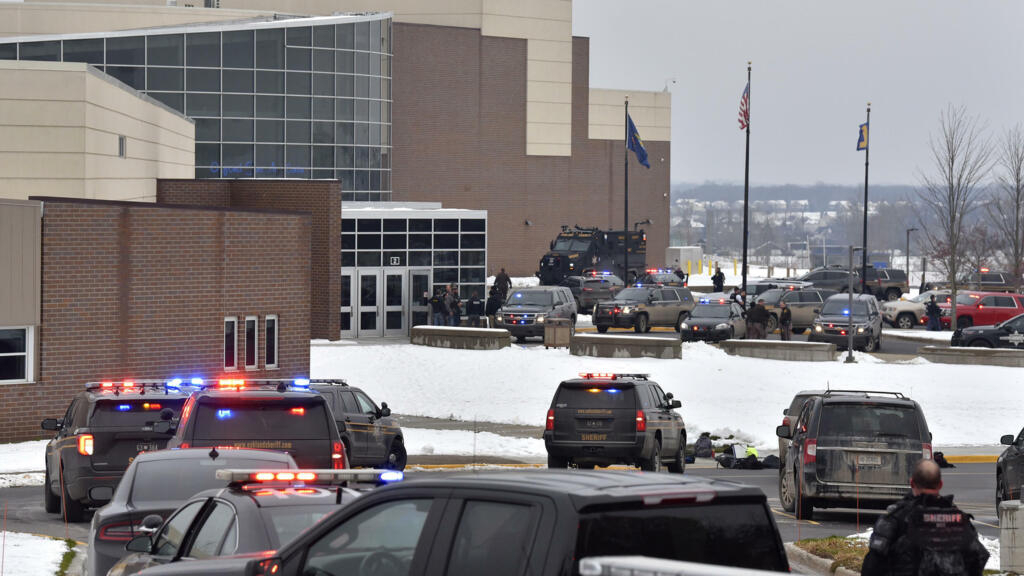 At least three people were killed and six others injured on Tuesday in a shooting at a high school in the city of Oxford, Michigan, law enforcement said, saying a student had quickly was arrested.

A 15-year-old opened fire on Tuesday, November 30, at a high school in the northern United States, killing three students and six injured including a teacher, local police said.

The alleged shooter, himself a student at the institution in Oxford, Michigan, was arrested and did not explain his actions, said Michael McCabe, an Oakland County police official. .

“The police arrested the suspect within five minutes of the first call” to the emergency services, he explained during an impromptu press conference.

According to authorities in this city north of Detroit, the alert was given at 12:51 pm local time. The shooter fired between 15 and 20 times with a semi-automatic handgun.

He did not resist the agents who arrested him and did not explain his actions. He invoked his right not to speak out, “said Michael McCabe. The investigation will have to determine whether the author of the shots fired at random or whether he was targeting identified victims, he added. “It is a very tragic situation”, explained the policeman. “We have a lot of very stressed parents”.

According to statistics from the organization Everytown For Gun Safety, the Oxford shooting bears the heaviest death toll at a school in 2021.

So far this year, the country had recorded 138 shootings, including 26 with one or two deaths each time.

The shootings causing many victims remain a recurring scourge in the United States, in schools, supermarkets or in the workplace in particular.

In 2018, a massacre at a high school in Parkland, Florida, when a former student fired an AR-15 semi-automatic rifle, killing 17 people and injuring about 15 others on Valentine’s Day, had sent shock waves through the country and revived protests calling for tighter controls on firearms sales.

But blockades in Congress, under the influence of the arms lobby, make any major breakthrough on the subject unlikely despite calls from politicians, President Joe Biden included, to toughen the rules on their movement.