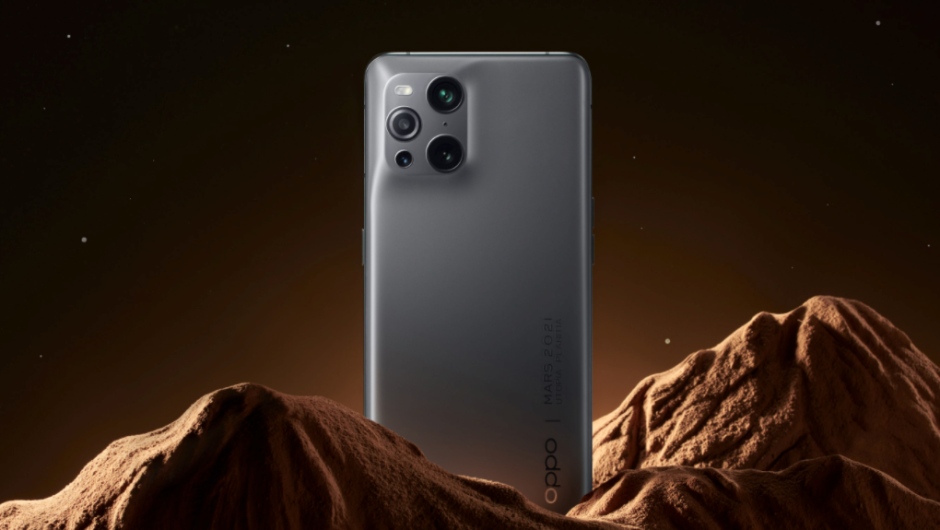 (CNN Spanish) – The Oppo Find X3 and the OnePlus 9 Pro are cell phones that do not have the same recognition as the Galaxy S21 Ultra, mainly because Samsung is a more recognized company worldwide. However, in this sector, recognition is not everything and here I will tell you the main differences between these three cell phones to help you determine which could be a better device for you.

The Oppo Find X3 and the OnePlus 9 Pro are the most similar of this group, since their largest investor is the same and they are Chinese cell phones that from the front you could think that they are the same.

Both the Oppo and OnePlus phones have a 6.7-inch screen with a slight curvature (the S21 Ultra has a 6.9-inch screen) and a 120Hz refresh rate that allows content to be easily viewable and in great detail. These phones even have an integrated front camera through a hole in the upper left corner.

In the back they do differ significantly, since the Oppo Find X3 Pro has the camera module integrated directly into the body of the cell phone, something that makes it look and feel better in the hand, although also a little more slippery. because your finger does not block with the camera module like the OnePlus 9 Pro or even the Galaxy S21 Ultra which has an even bigger and more protruding module.

All three phones run Android 11, have the Snapdragon 888 processor (at least in the United States because the S21 Ultra has an Exnos 2100 processor in some other markets), they are waterproof with IP68 certification, can be charged wirelessly and have reversible wireless charging. that allows you to charge other devices just by placing them on the back of the cell phone.

However, the Oppo Find X3 Pro and the OnePlus 9 Pro have much faster charges than the Samsung cell phone. For example, these two cell phones can be charged via cable at 65W (watts), while the Galaxy S21 Ultra can be charged at 25W. In addition, the wireless charging of the OnePlus 9 Pro allows charging it at 50W, the Oppo Find X3 Pro at 30W and 15W.

READ: OnePlus 9 Pro: features with the best and worst of this Android cell phone

This may just be numbers, but the difference is impressive because in Oppo and OnePlus cell phones you can charge them for a few minutes to significantly increase the battery percentage in the cell phone, to the point that I avoid leaving them charging at night because at any time I can almost load them appropriately.

In performance, the experience should be very similar in all of them, even the Galaxy S21 Ultra with the Exynos 2100 processor, I do not think that in daily use the difference is going to be too different for the vast majority of people.

However, the Galaxy S21 Ultra is sold with up to 16GB of RAM and initially has 12GB, while the other two phones start at 8GB and the maximum they have is 12GB. I don’t think that from 12 to 16GB there is a very big difference in most cases, but in my experience from 8GB to 12GB you can notice the difference more when you change a lot between apps, mainly.

In cameras it is another area where Samsung takes a bit of the lead because it achieves the most times better regular photos and has cameras that allow 3X and 10X optical zoom that is much better than the zoom that can be achieved in other cell phones.

The wide-angle camera of the Galaxy S21 Ultra is also a bit superior and then it follows that of the OnePlus 9 Pro. On the Oppo Find X3 Pro you can see for some reason the difference in quality between the main camera with the wide angle.

However, I found the Galaxy S21 Ultra’s camera to be a bit slower at capturing photos when subjects are moving slightly, causing faces to blur more often. Something curious is that the portrait photos of the Oppo Find X3 Pro also managed to be less blurry in these cases than with the other devices.

In addition, the Oppo Finx X3 Pro integrates the first microscope camera that allows objects to be captured up close. I don’t think it’s used daily and it’s not that easy to use, but when you get a good result it’s fascinating and a lot of fun.

The front cameras are relatively good on all three phones, but I don’t think they are necessarily the best.

As you can see, these cell phones have clear advantages and disadvantages, so it will depend mainly on your preferences. I think the Galaxy S21 Ultra is still the most complete of the three for most, but it is heavier and more uncomfortable. The most comfortable and balanced I think is the Oppo Find X3 Pro, but it is the most expensive (about US $ 1,425 vs. US $ 1,199 for the S21 Ultra and US $ 1,069 for the OnePlus 9Pro) and with a more limited sale. For its part, the OnePlus 9 Pro has the best software experience.

1 thought on “Oppo Find X3 Pro vs. OnePlus 9 Pro vs. Galaxy S21 Ultra: which is the best Android cell phone?”