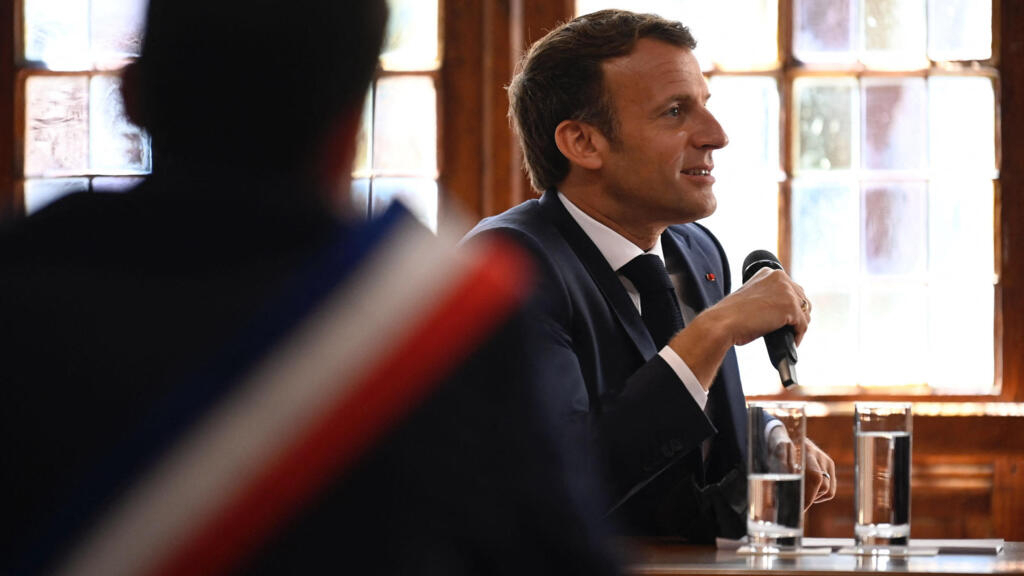 The actors of justice in France will be invited to the re-entry by the President of the Republic for “States General of justice”. Several unions of professionals in the trade were awaiting an answer from Emmanuel Macron, after repeated attacks on the state of justice by the right and the police.

After remaining a spectator of the controversies on the state of justice fueled by the right and the police unions, Emmanuel Macron announced, Saturday, June 5, the Estates General of justice at the start of the school year, less than a year from the end of his term.

He also wishes, specifies the Elysee in a brief press release, that “the Minister of Justice reports each year to Parliament on the government’s criminal policy”.

François Molins, one of the highest French magistrates, rebelled at the end of April in an interview with Le Monde against the “lax” trial made according to him to justice, in the face of the controversy aroused by the decision to declare criminally irresponsible. murderer of Jewish sexagenarian Sarah Halimi.

In this case, Emmanuel Macron wanted a change in the law so that the abolition of discernment caused by taking narcotics does not exempt from criminal liability.

On May 19, tens of thousands of police had also demonstrated in front of the National Assembly. Criticism of the slowness and supposed laxity of the judges was among the main slogans of the police unions on this occasion. It was taken over by the National Rally and many voices among Republicans.

The States General to come will be “a screen to hide the absence of a decision and to save a gravely ill justice”, commented again Saturday the deputy LR Eric Ciotti: “Justice does not need to be the hostage of ‘an electoral campaign but needs acts “.

“What we do not want, and we will be very vigilant on this point, is that it could become a place of political or electoral fight” with the approach of the presidential election of 2022, underlined for his part Jérôme Gavaudan, the president of the National Bar Council (CNB), which brings together 70,000 French lawyers, while welcoming the presidential announcement “favorably”.

Do not “oppose justice and police”

On May 25, before the National Assembly, Minister of Justice Eric Dupond-Moretti called for not “opposing justice and the police”, while the security concern is, according to polls, among the main concerns of the French.

The minister’s entourage clarified on Saturday that the States General will take place “over several weeks from the start of the school year in September, and without” self-censorship. “All justice actors will be invited,” as well as prison staff , internal security forces and citizens “.

“As guarantor of the judicial institution, it was time for Emmanuel Macron to have a word”, judge in any case Cécile Mamelin, vice-president of the USM, the main union of magistrates. And to add: “It’s an announcement. We are waiting to see what is behind it. It must also include civil justice, which is the justice of everyday life.”

The main magistrates’ unions “have been asking the President of the Republic for several months to position himself so that the separation of powers is respected,” also recalled Katia Dubreuil, president of the Magistrate’s Union (SM, classified on the left). “What justice needs”, she insists, “is to stop the incessant reforms, and of means”.

Emmanuel Baudin, secretary general of FO-Pénitentiaire, sees the presidential announcement as “rather a good thing”. His union had written on May 12 to Emmanuel Macron, following the virulent remarks towards justice made by the police officers gathered in front of the National Assembly, asking him “to record the opening of general states of the penitentiary administration under the responsibility of the Keeper of the Seals “.