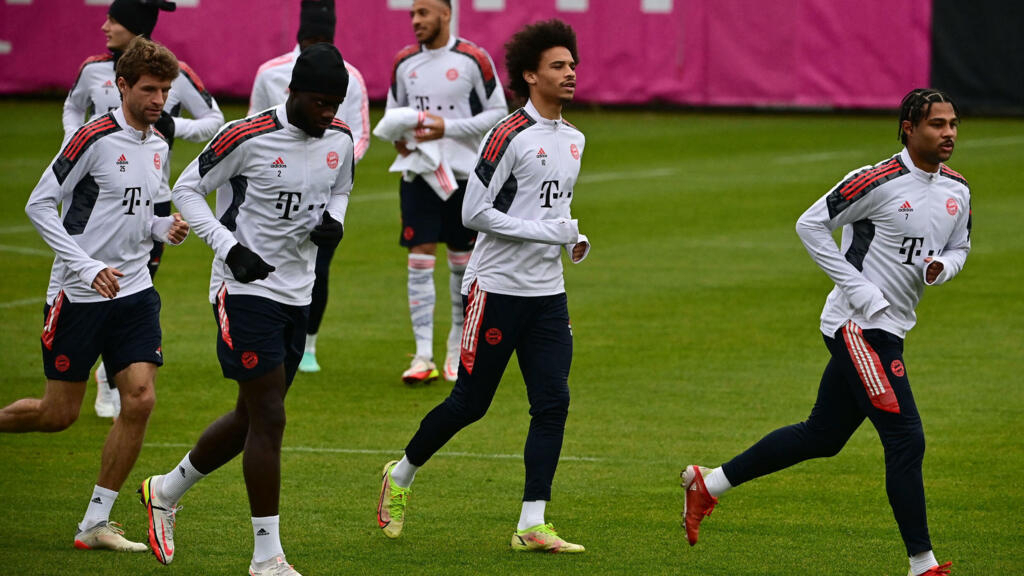 If successful, Bayern Munich and Juventus Turin have the opportunity to reach the knockout stages of the Champions League from day 4. For its part, Lille will have to achieve a feat against Seville to achieve its first success in C1.

At the 4e day of the group stage of the Champions League, Bayern Munich and Juventus Turin already have the opportunity, Tuesday, November 2, to secure their place for the round of 16, while Lille will have a lot to do in Seville to win his first success in European competition.

Bayern in a strong position

In group E, the Bavarian club (1er, 12 pts), both best attack and best defense of the competition, crushed everything during the first leg. Facing the Portuguese Benfica, whom they had swept in the first leg 4-0, the players of Julian Nageslmann intend to continue their perfect course in the European Cup (three wins in as many matches, 12 goals scored, 0 conceded) to qualify for the European top 16.

After their defeat in the German Cup in Mönchengladbach (5-0) on Wednesday, Robert Lewandowski’s teammates relaunched Saturday with a large victory on the field of Union Berlin (5-2) in the Bundesliga. The Polish serial scorer of Bayern Munich must play against Benfica Lisbon (2e, 4 pts) sound 100e match in the Champions League, where he is the third scorer in history, with 78 goals, including five this season.

In contrast, in the same group, FC Barcelona (3e, 3 pts) continues to vegetate at the time of a crucial trip to Kiev on the ground of Dynamo (4e, 1 point). After the dismissal of Dutch technician Ronald Koeman, interim Sergi Barjuan started on Saturday with a tasteless draw against Alavés (1-1) in La Liga. And the bad news continued to pour in: Gerard Pique injured his right calf, Sergio Agüero was unwell. In Ukraine, Barça absolutely must take points if they want to qualify.

Manchester United wants to go on

In group F, like the Catalan club, Manchester United (1er, 6 pts) went through a period of severe turbulence. But coach Ole Gunnar Solskjaer, kept in his post, has an asset that Barça does not have: Cristiano Ronaldo. The Portuguese superstar scored on Saturday at Tottenham to give the “Red Devils” a Premier League victory (3-0) which cheered them up ahead of the European Cup.

But in the Champions League, the situation of Mancuniens remains tense, since Atalanta Bergamo, to which they go, is only two points behind (3e, 4 pts). Especially since the Italians want their revenge after the first leg lost 3-2 after leading 2-0. Between them, Villarreal (2e, 4 pts) has the cards in hand to play the spoilsport. Against the Young Boys of Bern (4e, 3 pts) that they crushed in Switzerland on the first leg (4-1), the Spaniards can take a step towards qualification in case of victory.

Lille on the edge of the abyss

Defeated in the last minutes by PSG (2-1) Friday in the league, Lille (3e, 2 pts) once again paid the price for its offensive ineffectiveness. In Seville (2e, 3 pts), the Northerners will have to do better if they want to achieve the feat within Group G.

No French club has won at the Ramon-Sanchez-Pizjuan stadium in the Champions League. Authors of a good start to the season in La Liga, where they are only one point behind the leader, Real Sociedad, the Andalusians are favorites. In the other match, the Austrians from Salzburg (1er, 7 pts) can qualify in case of success with the Germans of Wolfsburg (4e, 2 pts). But the Lower Saxony club is doing a little better, having ended on Saturday in Leverkusen (2-0), a series of eight games without a win in all competitions.

Failing to shine in Serie A, where it remains on two consecutive defeats, Juventus consoles itself in the Champions League where it prances at the top of Group H (9 pts). The “Old Lady” already sees the eighths when welcoming Zenit Saint-Petersburg (3e, 3 pts), which she beat in Russia (1-0). A success would validate the Turinese ticket. Behind them, defending champion Chelsea (2e, 6 pts) must beat the Malmö Red Lantern (4e, 0 pt), as on the first leg (4-0), to avoid a bad surprise.

1 thought on “Champions League: Bayern and Juventus on the way to the eighth”