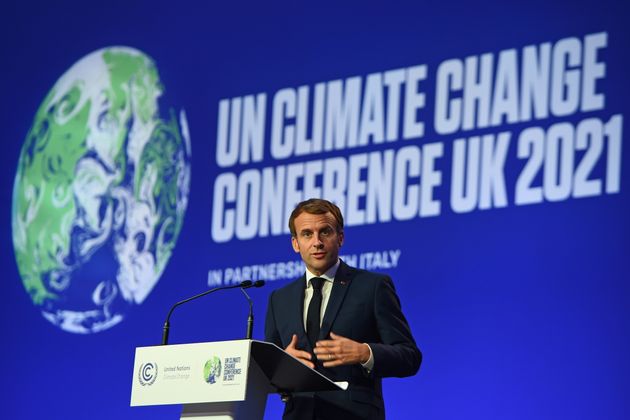 COP26 – At the opening of Cop26 this Monday, November 1, Emmanuel Macron addressed the biggest polluters on the planet. Six years after theParis Agreement, signed in December 2015, he stressed the importance of meeting the target of increasing temperatures by a maximum of 1.5 degrees by the end of the century. “We are not there today”, he pointed out.

For the Head of State, “the key for the next 15 days is that the largest issuers whose national strategies do not comply with 1.5 degrees increase their ambitions. This is the only way to restore credibility to our strategy ”to fight against global warming.

In his ten-minute speech, Emmanuel Macron also insisted on the need to “coordinate” actions and “act together”, especially since the countries suffering the most from climate change are the countries and territories which have not “carried development models” harmful to the planet.

He also recalled the importance of the commitment made in Copenhagen in 2009, where the rich countries pledged to give 100 billion dollars per year between 2020 and 2025 so that the least developed countries take measures in favor of the fight against global warming. If “France and the European Union” are there, he pointed out, “all economies must contribute”.

We must “find ways so that the richest countries accelerate this financing because we are committed”, he added. “I want to call on all the countries that are not there to take responsibility by the end of this Cop. Solidarity is necessary and makes action possible. ”

After ambition and solidarity, the President of the Republic insisted on a third point: transparency. “Our young people want to see us make commitments, they want to see our actions follow,” he said, asking for a report on the use of these 100 billion dollars. “It is our actions, our results, their transparent monitoring that will restore full confidence to our youth. ”

Last point addressed, the need to link the agenda for combating climate change to the biodiversity and trade agreements. The first makes it possible to find solutions and is “inseparable from the fight against climate change”, the second, when taken, must remain consistent with climate commitments.

See also on the Huffpost: In Glasgow, sirens run aground in nets against the Cop26

1 thought on “At Cop26, Emmanuel Macron puts pressure on “the biggest polluters” – The HuffPost”