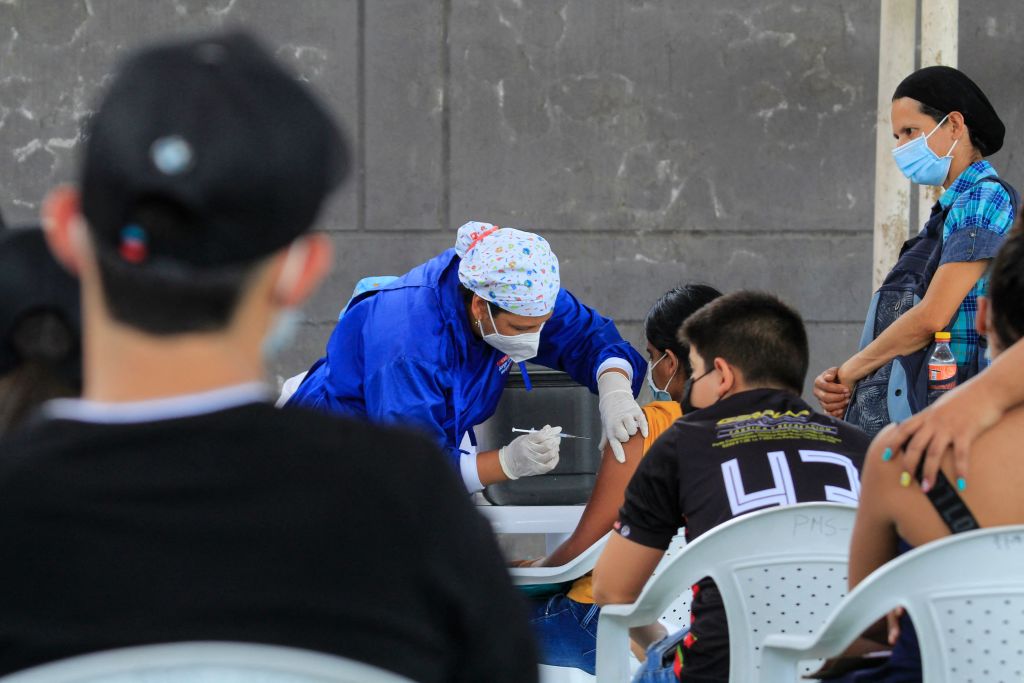 (CNN Spanish) – On average, 49.5% of the world population is vaccinated at least partially against covid-19, according to figures from Our World In Data. Several Latin American countries exceed the world average. How are vaccination rates in the region?

Here we present the figures from Our World In Data with a cut-off date of October 31 (some countries, such as Brazil, Chile, Mexico, Colombia, Bolivia, Costa Rica, among others, have figures from previous cut-off dates, according to the data available for the early morning of Monday, November 1):

At the regional level, South America has an average partial vaccination rate of 67.09% and North America of 61.36%.

A Venezuelan migrant is vaccinated against covid-19 in the commercial area of ​​La Parada in the city of Cúcuta, Colombia, on the border with Venezuela. (Photo: SCHNEYDER MENDOZA / AFP via Getty Images)

1 thought on “These are the vaccination rates against covid-19 by country in Latin America, according to figures from Our World In Data”