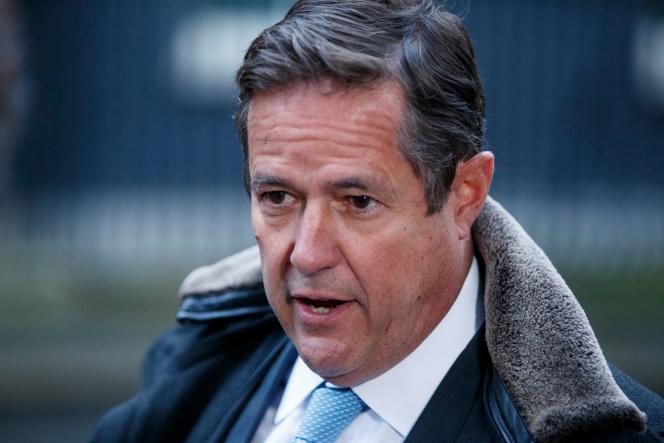 He was cited in an investigation by British financial regulators into his links with Jeffrey Epstein, this financier accused of trafficking in minors and who has since committed suicide in prison. British bank Barclays boss Jes Staley is stepping down, the bank said in a media statement.

C. S. Venkatakrishnan, who until now was global director of markets for the Barclays group, will replace Mr. Staley on Monday, the bank said.

Also read the survey: Article reserved for our subscribers Jeffrey Epstein, route of a sexual predator

Departure in order to defend oneself

Barclays revealed in February 2020 that Jes Staley, a 64-year-old American, was targeted by the investigation, which did not prevent the company from renewing its trust in him.

“Barclays and Mr. Jes Staley, managing director of the group, were informed on Friday evening of the preliminary findings” of this investigation launched by the two main British financial regulators, the Financial Conduct Authority (FCA) and the Prudential Regulation Authority (PRA), into the way in which Mr. Staley spoke to his group about his past business ties with Jeffrey Epstein .

“In view of these findings and Mr. Staley’s intention to challenge them, the Board of Directors and Mr. Staley have agreed that he will step down from his duties as Group Managing Director and Director of Barclays”, continues the British bank, which however affirms that the investigation “Makes no finding that Mr. Staley saw, or was aware of, any of Mr. Epstein’s alleged crimes.”

The board of directors of the bank said on Monday ” disappointed “ of this departure while “Mr. Staley has successfully managed the Barclays group since December 2015, with real commitment and competence ”. Mr. Staley “Is entitled to twelve months’ notice” and will therefore continue to receive his annual salary of £ 2.4 million and other contract benefits until October 31, 2022, the bank said. The new boss will receive an annual salary of 2.7 million pounds.

The bank said refuse to “Comment further on the preliminary findings” investigation while the procedure “Still has to run its course”. The FCA and the PRA for their part announced in a press release “Not to comment on ongoing investigations or regulatory proceedings”.

Mr. Staley had developed a business relationship with Mr. Epstein in the 2000s when he ran the private banking arm of JPMorgan which counted the American financier among its clients. The banker apologized in February 2020 about a relationship that he said continued until the summer or fall of 2015. “With what we now know I deeply regret having had links with Jeffrey”, he had said.

While Epstein’s 2008 conviction for soliciting underage prostitutes had been sealed, his illegal practices were known to the general public as early as 2011, whenone of his victims, Virginia Roberts Giuffre, had told his martyrdom of sex slave to Daily Mail.