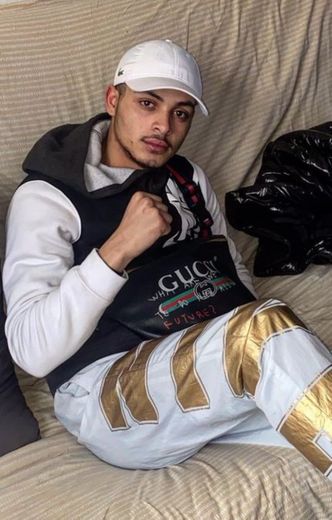 the essential
On the night of Thursday to Friday, a young man from Pradines was killed near the fun fair, victim of a stabbing. The party was suspended. Cahors is bruised. The fairgrounds react.

But what happened on the night of Thursday to Friday at 12:45 a.m. near the fun fair? This is the question that many Cadurcians ask themselves after learning of the death of Ladjel Slamia, an 18-year-old young man from Pradines, who was stabbed in the chest. This Saturday morning, 24 hours after the fact, the drama was in all discussions. “It’s terrible, at 18, to die like that,” says a resident of the rue des Cadourques, near the Place Charles-de-Gaulle, which hosts the funfair.

Read also :
Lot: 18-year-old dies after being stabbed near the funfair in Cahors

Rue Denis Forestier, where the rubalises still surround the place of the assault, two roses were placed on the sidewalk. The inhabitants still cannot believe it. Some believe that the fight started around a handgun at the fair. “He had put money to type in the handgun, he still had several blows left when an individual intervened and asked him to leave him the place, he refused, the tension rose”, advance a Cadurcian. Authorities have not confirmed this version.

The daughter of this local resident, a high school student, knew Ladjel well. “I met him several years ago through friends, he has always been very nice, when I was afraid to come home late and alone at home at night, he would take me home,” she testifies. The school dropout according to our information wanted to embark on a career as a rapper. He even recorded a song. “He had launched his Youtube channel, it was really what he wanted to do,” she adds.

Read also :
Lot: the mayor of Cahors decides to suspend the funfair following the deadly brawl

After the deadly brawl, some now fear reprisals. Or a punitive expedition. Friday afternoon, Jean-Marc Vayssouze, announced that the funfair was suspended until further notice. “By mutual agreement between the State, the City of Cahors and the representatives of the fairgrounds, the funfair is suspended until further notice,” he declared. Of which act: yesterday, the alleys of the fair were deserted. Some fairgrounds even packed their bags. “There are already a few rides missing which dismantled their facilities on Friday,” notes a regular. Friday evening, in solidarity, the bar Bordeaux left closed doors. “It was the best thing to do,” says the manager.
After the arrest of two people, one of whom may be involved and a second who gave himself up without difficulty to the police officers at the end of the night, the investigations, jointly entrusted to the police station and the Toulouse SRPJ continue.

“No showman is involved”

“The fairgrounds condemn this act and offer their condolences to the family, it has nothing to do with the funfair, it is a brawl that took place at the exit of the bar Conti (Editor’s note closed at the time of the facts ), the funfair had lowered the curtain since 9pm, it is a brawl as unfortunately happens between young people, it is not a problem between two communities, no fairground is involved ”, explains the representative of the fairgrounds de Cahors who prefers to remain anonymous. On their own initiative, the fairgrounds demanded that the fair be temporarily closed: “Out of respect for the victim’s family, we could not see ourselves putting on music and turning on lights while the relatives are in pain.” The party could resume during the next week. “We are currently taking stock to know when we can reopen,” adds the spokesperson. Regarding the uninstalled rides: “These families left because they had commitments on other holidays and some left earlier than expected because the fair is not being held this weekend”.

1 thought on “Lot: after the death of an 18-year-old stabbed in Cahors, the emotion and the questions – LaDepeche.fr”