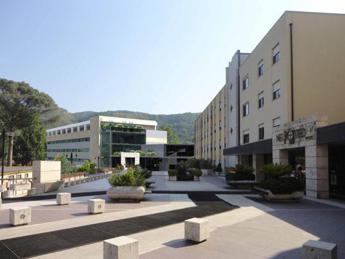 Planning for surgery is a key moment in the treatment of brain tumors. The removal of the neoplasm must be extremely precise, so as not to damage the healthy nerve tissues that are in the immediate vicinity. The Neurosurgery of the Ircss Neuromed of Pozzilli (Is) has recently experimented with a new method which, using functional magnetic resonance imaging (fMRI), allows to have a more accurate definition of the so-called ‘eloquent’ brain areas involved in essential functions, which must be kept intact. Functional magnetic resonance imaging allows you to see the brain ‘at work’: the patient performs specific tasks while the fMRI exam is taking place, allowing the visualization of the brain areas that are activating. A map is thus created of the areas of the brain that direct important functions, which the neurosurgeon must avoid damaging during the operation. “When the area affected by the tumor – explains Marco Ciavarro, neuropsychologist, first author of the scientific work – corresponds to the one responsible for hand movements, one of the most used tests is ‘finger tapping’ (Ftt): the patient is asked to move repeatedly with the fingers of the hand so that each finger touches the thumb. This examination, however, has limitations, such as repetition and activation of other areas not specifically interested in commanding movement, such as sensory ones. MRI images can thus becoming less accurate. ”To overcome these problems, Neuromed clinicians experimented with a new type of test, in which the patient still moves the fingers of the hand, but without making them touch each other and without repeating a precise pattern. published in the journal Frontiers in Neurology. “Instead of making repetitive movements by touching the fingertips – explains Ciavarro – the patient wears special glasses, designed specifically for use in magnetic resonances, which show him visual indications on which finger should be moved at a given moment. “This test, called Visual-triggered Finger Movement (Vfmt) was compared with the traditional one on 20 patients in waiting for surgery. “We have found – reports Vincenzo Esposito, head of the Neurosurgery Unit 2 of the Neuromed – that the new test activates the affected brain areas in a more selective way than the Fft. This means having more accurate images from the resonance; the planning is more precise, with a better chance of avoiding consequences for the patient on the motility of the limbs, which could negatively affect their quality of life “.

School, in Lombardy, over 5 thousand classes in quarantine

One thought on “Neuromed, new test increases the precision of brain tumor interventions”