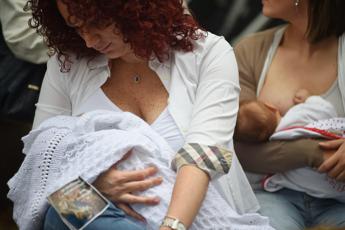 “All forms of anesthesia during labor are considered safe for patients with multiple sclerosis,” explained Herbert Valensise, full professor of Gynecology and Obstetrics at the Tor Vergata University of Rome and Head of the Uoc of Gynecology and Obstetrics of the Casilino Polyclinic in Rome, during the webinar “Multiple sclerosis and pregnancy: yesterday, today and tomorrow”, organized by the Rare Diseases Observatory thanks to the non-conditioning contribution of Bayer. this occurs less frequently in women who arrive at conception with the disease well controlled by therapy. Relapses, however, could be prevented with an early restart of drugs. “Breastfeeding does not increase the risk of relapse, nor does it constitute a cause for concern for a progression of disability – added Valensise – however, given that some drugs can be present in breast milk, it is good to evaluate the type of treatment also in this phase since most therapies are not compatible with breastfeeding today “.

1 thought on “The gynecologist: “With multiple sclerosis there are no risks from anesthesia and breastfeeding””