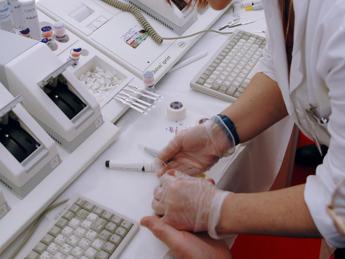 Cholesterol is a fundamental substance for the proper functioning of our body, as it is essential for fetal growth, the construction of cell membranes and for the synthesis of hormones and vitamins. “The amount of cholesterol necessary to cope with the proper functioning of our body is very low (about 30 mg / dL) and far below the levels that normally circulate in humans (on average, 4-5 times higher)”. On the other hand, when it is in excess of these needs, it tends to accumulate and deposit above all in the arterial wall, where it contributes significantly to the development of atherosclerotic disease and its main complications, represented by cardiovascular diseases, myocardial infarction and stroke in the first place. place. This condition raises the unavoidable need to put our cholesterol values ​​under control over the course of life: a necessity that is all the more compelling as the circulating levels of cholesterol are higher than the necessary amount and that which can be successfully metabolized by our organism “. Claudio Borghi, director of the Internal Medicine Operating Unit of the S. Orsola-Malpighi Polyclinic of Bologna and of the Atherosclerosis and Dyslipidemia Center, interviewed by ‘Aleati per la Salute’, the new portal dedicated to medical-scientific information from Novartis, takes stock of the excess LDL cholesterol, or so-called ‘bad’, which remains the main cause of heart attack and stroke, but can be kept under control with targeted therapies and appropriate lifestyles. “Today – says Borghi – much of the attention in terms of cardiovascular prevention is concentrated on the so-called Ldl cholesterol, i.e. what is transported by special li poproteins (precisely Low Density Lipoprotein-Ldl) which affect its ability to reach the arterial wall after it has been synthesized by the liver or absorbed in the digestive tract. Therefore, considering the complexity of the mechanism underlying the circulating Ldl levels, it is useful to specify the aspects that you need to know in terms of cholesterol and in particular Ldl. It can be said that the safety limits attest the concentration of Ldl below 116 mg / dL in the healthy population, with progressively more challenging target values ​​up to 40 mg / dL in patients who have suffered from a cardiovascular disease such as myocardial infarction or stroke “. Only this adequate reduction of LDL levels” can prevent further accumulation of LDL in the arterial wall and the progression of atherosclerotic disease which, in high-risk subjects, can accelerate its course even in the presence of Ldl that are normal in healthy subjects “, highlights Borghi. Basically, the solution to the problem lies” in the combined adoption of adequate lifestyle changes (low-fat diet, physical activity, sugar control and body weight) – recalls the cardiologist – and lipid-lowering drugs whose use is essential in high-risk patients, especially where it is necessary to reach levels such as tremendously challenging of Ldl like those suggested above. Among these, a leading role is played by statins, which have shown irrefutable efficacy in preventing cardiovascular diseases, possibly associated with an inhibitor of cholesterol absorption, PCSK9 protein inhibitors both in the form of monoclonal antibodies and as the most recent RNA silencer, all with the ability to effectively reduce LDL levels in response to a very small number of annual injections. “This is a problem of” all chronic diseases that require continuous administration of drugs and is called poor therapeutic adherence – observes the expert – In practice, patients who are prescribed a lipid-lowering treatment tend not to take it correctly and, according to studies, after only 4 weeks from the prescription of a statin, already 30% of patients do not takes it adequately, while the percentage rises to 50% after 12 months with an evident limitation of i impact of prevention strategies “. The causes are various, but “the most common is the forgetfulness or the need to take other drugs at the same time – underlines Borghi – while the incidence of unwanted effects plays a less evident role and, very often, not supported by the reality of the facts. This situation generates problems with the stability of the prevention strategy and a large individual variability of Ldl levels, a condition that increases the risk of cardiovascular diseases beyond the intrinsic risk linked to the basic levels of Ldl “. “For this reason – the specialist points out – we need a greater doctor-patient relationship or the adoption of stratagems that increase the ability to remember the importance of taking the therapy. A good success can be obtained by combining several drugs in the same tablet, in in order to reduce the number of daily administrations. However, a radical solution could come from a wider use of biologically derived drugs, such as PCSK inhibitors, capable of carrying out a solid lipid-lowering action in the face of 2 annual administrations (and with available evidence that demonstrates the maintenance of Ldl levels of 20% below the patience value even after 12 months from a single administration of the drug). This approach – concludes Borghi – would stop slavery from the tablet, which is often experienced as a constraint on the quality of one’s life and therefore unconsciously or consciously forgotten “. The expert’s intervention is available on: https://www.alleatiperlasalute.it/piu-lungo/colesterolo-e-cuore-cosa-ce-da-sapere